Home » Rugby League » They came for Suaalii, they also got to see eight semi-finalists 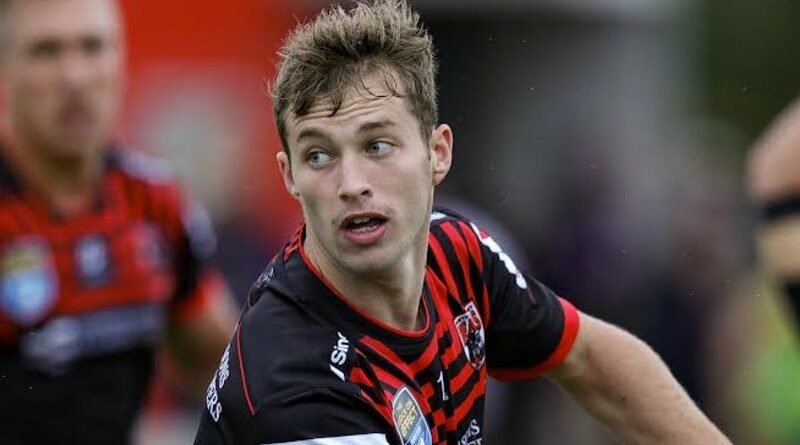 Sam Walker still remembers the TV cameras and huge interest in Joseph Suaalii when he made his debut in the NSW Cup at the start of the year.

The 17-year-old had generated plenty of headlines over the summer, and after confirming the hype with two tries for North Sydney in their reserve-grade clash against Blacktown, most fans knew it was a matter of when, and not if, he would play in the NRL.

Suaalii played five NRL games before a foot injury cut short the campaign of the game’s most talked-about teenager.

But Walker and seven other players who lined up on that cool Sunday afternoon in Blacktown will now feature in Friday night’s NRL blockbuster semi-final.

Walker, Drew Hutchison, Matt Ikuvalu, Egan Butcher and Fletcher Baker ran out for North Sydney on march 14 and will play for the Roosters on Friday night against Manly trio Morgan Harper, Haumole Olakau’atu and Josh Schuster, who ran out for Blacktown.

Like Suaalii, Walker dreamt of playing in the NRL at the start of the year, but was not confident he would get his chance so soon.

“I warmed up for that Manly game back in round one [at the SCG], then played Cup the next day and we got towelled up,” Walker told the Herald, North Sydney losing the clash 48-20.

“Joey and I played together and Matt Ikuvalu was outside us.”

Walker made his mark that first round in reserve grade with several looping cutout passes that led to tries and a four-pointer of his own. 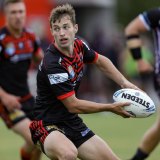 Sam Walker in action back in round one in the NSW Cup.Credit:Bryden Sharp

“There was a fair bit of support for Joey as a 17-year-old playing against men. He got a double that day,” Walker said.

“It’s certainly been a whirlwind year. Back then I wasn’t sure how many games I’d play. But with what happened to ‘Kez’ [Luke Keary], it opened a path for me.

“You don’t know if you’re ready to play in the NRL until you play. And for me it’s been awesome to get out there and put a few performances together, which has only made my belief stronger.”

The 19-year-old has been used off the bench in three of the past four weeks, and the limited game time had Walker feeling “the best I’ve felt all year”.

This will be the first time Walker goes up against Manly, Queensland and Australia’s No.7 Daly Cherry-Evans.

But it’s another Manly great who will have to share the blame if Walker runs riot in Mackay.

Sea Eagles icon Peter “Zorba” Peters was the one who introduced Ben Walker, Sam’s father, to his future wife Kylie when he was playing with the Northern Eagles.

When Walker debuted in round four this year, Peters rang Ben and said: “See, if it wasn’t for me, Sam wouldn’t even be around.”

“I guess I’m lucky for the time dad spent at Manly,” Walker said with a laugh. “They’re a good team Manly. I’ve had nothing to do with Daly [Cherry-Evans], but being a fellow Queenslander I always looked up to him and the way he’s played in Origin. I’ve admired the way he’s played the last few years. 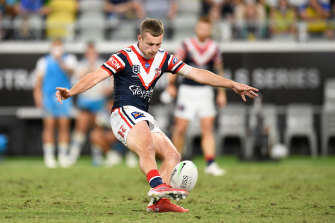 The 19-year-old has been named on the bench for Friday’s semi-final against Manly.Credit:Getty Images

“It’s exciting to go up against him. It will be a challenge. ‘Turbo’ [Tom Trbojevic] will be a big challenge for us.”

There has been debate about whether Walker should start at halfback with coach Trent Robinson opting for the pairing of Hutchison and Lachie Lam in recent weeks. Robinson has repeatedly said Walker will be the club’s long-term No.7, and the dynamic between the three young playmakers was working for the time being.

Walker was injected late into the game against the Gold Coast Titans with the one job of potting the field-goal, which he did on his second attempt.

“There’s a belief at this club we can win,” Walker said. “The belief is second to none. We haven’t come up here to be passengers – we’ve come here to win the comp.” 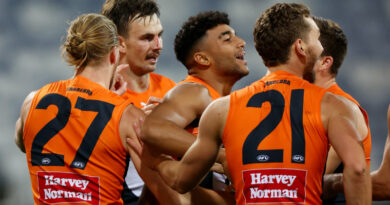 Giants want to play Richmond away from ’G