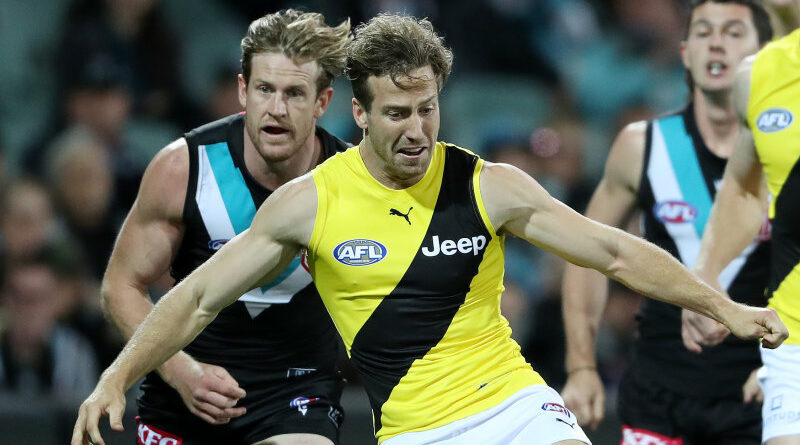 Richmond coach Damien Hardwick says the Tigers will be hard to beat from anywhere in the top eight but they are still gunning for a top-four spot as they prepare to take on the Eagles on Sunday night at Optus Stadium without Dion Prestia.

Hamstring tightness forced the star Tigers midfielder to the sidelines with emerging midfielder Riley Collier-Dawkins also left out of the side but the defending premiers have an adequate replacement with Kane Lambert returning for his first match since round six. 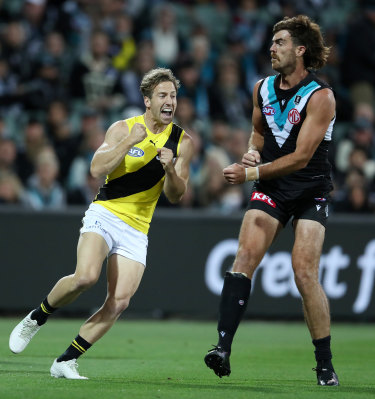 The match, which was brought forward after the Tigers went on the road a fortnight ago due to COVID-19 restrictions in Victoria, shapes as a crucial battle for both teams as they hope to keep their top-four hopes alive.

“The top four I think is important at stages but the reality is I think any side can win it this year,” Hardwick said.

“The competition is getting better and better every year, is getting tighter and tighter. You just have to time your run right and play your very best footy at the right time. That’s our challenge, to make sure we get enough games to first make the eight.

“Look, to make the top four would be wonderful but we feel as long as we get ourselves in a position to play finals, we are going to be hard to beat, like a lot of other sides in that eight also.”

The Eagles have regained key players Josh Kennedy, Oscar Allen and Liam Duggan after their brave win over Carlton last Sunday when they were undermanned through injury. The trio replaced Xavier O’Neill, Jake Waterman, Brad Sheppard and Bailey Williams, with concussion forcing Sheppard to miss.

Toby Greene will make the trip to Hobart with the Giants to play bottom-placed North Melbourne with the star forward among four inclusions, with tagger Matt de Boer, defender Adam Kennedy and youngster Jake Stein coming in. The Giants dropped Matt Buntine, Zach Sproule, Jake Riccardi, Xavier O’Halloran and Callum Brown as they look to make a push to the top eight in the back half of the season.

North Melbourne will welcome back All-Australian defender Robbie Tarrant for his first game for the season as well as emerging forward Jaidyn Stephenson. They have also given ruckman Tristan Xerri an opportunity ahead of Tom Campbell with Connor Menadue, Curtis Taylor and Charlie Lazzaro also to miss.

In-form Demons forward Tom McDonald will travel to Sydney for Monday’s highly-anticipated clash with Collingwood, but coach Simon Goodwin said the club was prepared to fly him home for the birth of his second child if needed.

The Demons won’t name their final team until Saturday but Mitch Brown has been named as a potential replacement while Collingwood has named Mason Cox on an extended bench.

Sims to gamble at judiciary in bid to keep Blues spot