Geelong superstar Tom Hawkins has escaped sanction for staging as the AFL admits they need to review the punishment of intentional acts and kicking after inconsistencies emerged at the weekend.

The match review officer’s assessment of Hawkins reaction after he was pushed out of a marking duel by Hawthorn’s Sam Frost was that he “exaggerated the contact, but that his actions did not constitute a reportable offence. No further action was taken.”

But the time the MRO took to come to a conclusion reflected the angst at the AFL, since the free kick Hawkins was paid triggered protests by two Hawthorn players to a non-officiating umpire that in turn set off a furore about the dissent rule.

The fines were for the same amount – $3,000 reduced to $2,000 with a plea for a first offence – as Mason Cox received for carelessly jumping into an opponents’ back.

The fact that intentionally kicking or umping into an exposed opponent was treated the same as a clumsy or careless act, AFL GM of football Brad Scott said was a product of the tribunal penalty schedule and was not a decision of the match review officer Michael Christian.

“I think we have got to have a look at how we assess these things and the penalties that are applied,” Scott said saying Christian’s hands were tied.

“A bit like umpiring when we talk about consistency we think that probably some of the outcomes on the weekend we need to have a look at because the MRO decided that according to the guidelines that are set that he had no choice but to adjudicate the way he did but we will certainly review that.”

Taylor Walker said on radio on Monday that he would have received a much harsher penalty had he done to Cotchin what Cotchin did to him.

“I tell you what if the shoe was on the other foot I would have been missing the next month,” Walker said, only slightly tongue in cheek.

The issue is that at every other level of AFL punishment for reportable offences intentional acts are graded more heavily than careless ones. For acts deemed to be intentional but of low impact and to the body the schedule only lists the basic fine. It is not a heavier fine than a fine for the same action that is deemed to have been careless. 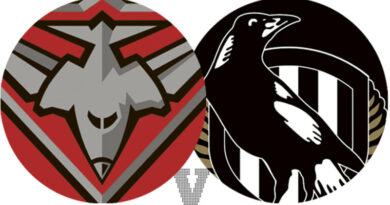 ‘We are owning it’: Canterbury chair defends club as pair face sack