Tommy Makinson has capped a whirlwind six months by being awarded the Golden Boot as the top player in international rugby league.

The St Helens winger only made his England debut in the June test against New Zealand in Denver, but his performances in that game and the current series with the Kiwis saw him top a four-man shortlist.

England coach Wayne Bennett said: “If you look at the three games Tommy’s had for England he’s been outstanding, absolutely outstanding.

The award was traditionally awarded to the player deemed the best in the sport and took into account club and other representative games, but was purchased by the Rugby League International Federation and is now used as their top accolade.

It was voted for by a panel of journalists from both hemispheres.

This year for the first time they also awarded a women’s Golden Boot, with Australian centre Isabelle Kelly the inaugural winner at a dinner in Leeds.

Bennett, meanwhile, has insisted that he doesn’t care whether his side faces world champions Australian or not next year, as discussions over the 2019 international calendar take place.

Delegates from the RLIF are meeting in York this week, with Australia expected to propose that they fly to England next year, as opposed to the long-planned Great Britain tour of the southern hemisphere that would be led by Bennett.

The veteran coach said: “I really don’t know what’s going on with Australia at that level and I don’t really care to be honest.

“We need to be playing next year, there’s a proposal about what we’re doing, where we play and what we do.

“If the Kangaroos don’t want to play we can’t make them play, I’m not worried about the Kangaroos. Life will go on with or without them.

“We can only play what they tell us to play and get on with it.”

Bennett will be without injured trio Sean O’Loughlin, Sam Tomkins and Daryl Clark for Saturday’s third test at Elland Road.

With George Burgess also suspended, Joe Greenwood will be handed a debut off the bench while Richie Myler replaces Tomkins at scrum-half and Stefan Ratchford comes in for Warrington team-mate Clark on the bench. 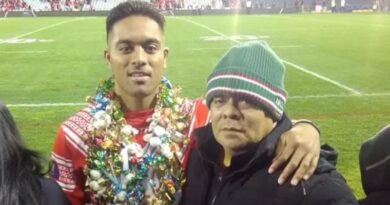 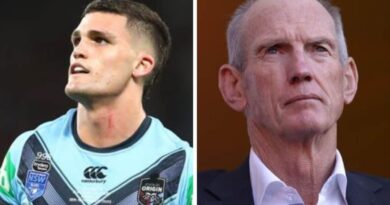