Home » Rugby League » ‘Too big of a risk’: McDonald ruled out of finals, Goodwin isolated with gastro

Check back throughout the day for more news.

McDonald ruled out of September, Goodwin isolated with gastro

Melbourne have confirmed they’ll be without forward Tom McDonald for their finals campaign but have no doubt they can go back-to-back in their premiership quest.

Demons backline coach Troy Chaplin, who stepped in for an unwell Simon Goodwin on Thursday morning, confirmed McDonald won’t play at AFL level, remaining in the VFL through September. 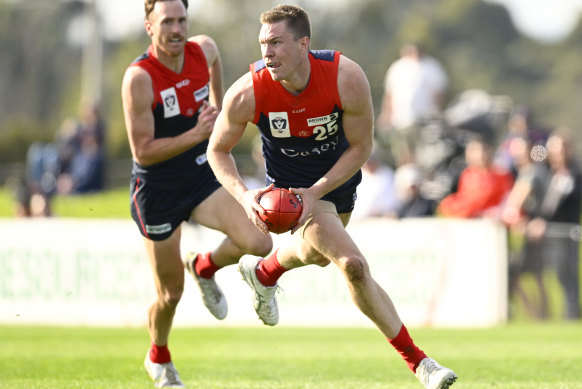 Tom McDonald won’t appear in the finals this year.Credit:AFL Photos

“I think what Tom has been able to do is just get himself back and we just need to get some games into him,” Chaplin said on Thursday.

“He’s going to have another really good couple of sessions with the VFL team. Obviously they’re into a prelim, so he’s given himself every opportunity but I think just missing that much footy with the injury he’s had, it’s just too big of a risk for him. 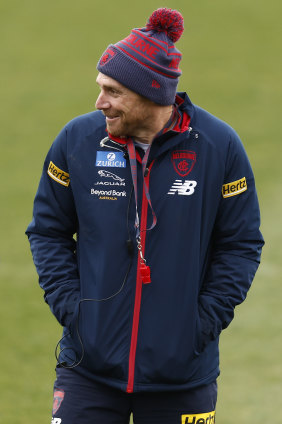 Simon Goodwin has kept away from players, because of gastro.Credit:Getty Images

“We’d hate for him to go down but also put him in a position where you’re setting him up to fail. Playing only one game, it’s just too big a risk. So, Tommy won’t play.”

Chaplin said that Goodwin, who has gastro, would be back on deck for Friday’s qualifying final and that the head coach hadn’t had any contact with the players while unwell. He felt fine at the team’s main training session on Tuesday, but came down with symptoms on Wednesday.

“We’re fortunate that he hasn’t had any contact with anyone, so keeping him away from the group just to make sure no players go down,” Chaplin said, with assistant Adem Yze to handle things in the meantime.

“Yesterday he wasn’t much chop, he said, but he’ll be fine for tomorrow.

“It’s an important day in terms of our last key messages but Yze will take the reins in that regard and look after it today.

“[Goodwin] will be back and ready to go tomorrow night.”

Chaplin said the side has been forced to find a different mix in their forward line with McDonald out with injury, including Jake Melksham giving them a different look ahead of the ball.

“Obviously, Bayley’s [Fritsch] had another important year for us, kicking over 50 goals, Benny Brown was always a threat, and we’ve been able to throw ‘Gawny’ [Max Gawn] forward and trust ‘Jacko’ [Luke Jackson] in the ruck a little bit more.

“So with Tommy going out, you’ve got to be a little bit innovative and that’s what we’ve been able to do.”

Chaplin said Christian Salem and Jackson will be right to play despite recent injury concerns.

“Both guys will be available for selection and we’ll find out tonight at 6.25 when the teams come out.”

Chaplin also said and star midfielder is Christian Petracca is back “at 100 per cent” after some general soreness.

“He’s carried a big load this year and he trained fully the other day, he’ll train today and he’s 100 per cent right for tomorrow … there’s no question about that.

“Everyone’s right to go, and we’re looking forward to putting our best team on the park tomorrow.”

Chaplin said the players’ belief that they can go back-to-back was strong despite a shaky period in the middle of their season and that playing in Melbourne this time around, in front of their home supporters, is something they’re looking forward to.

“This group’s got the belief … they understand what it takes to perform on the big stage and get results. Clearly we started the year really well and had a little bit of a hiccup there but what we probably showed the last six or seven weeks, we started to build and play some good footy.

“They understand what’s required, especially for finals footy, and we’re coming up against a team who’s in some pretty red-hot form as well. So, it’s going to be a challenge but one we’re really looking forward to.”

One hurdle down . . . two to go in Latrell to Souths contract saga

Fittler: The Storm are predictable — and its affecting their title hopes 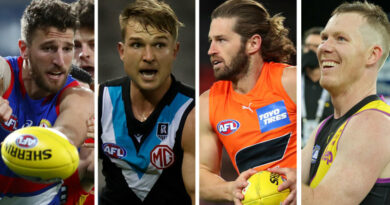 Run home to the AFL finals: The race for the eight heats up