Home » Rugby League » Top Cat the Brownlow medal favourite, but only by a whisker

While Patrick Dangerfield is favoured to become the fourth dual Brownlow medallist in two decades, the stage is also set for a different player to match one of the top Cat’s feats by winning the prestigious medal in their first season at a new club.

Should Lachie Neale become the first Brownlow winner from the Brisbane Lions since the heady days of their premiership three-peat last decade, it would soften the blow north of the Tweed after the second-placed Lions bowed out of September action in straight sets. 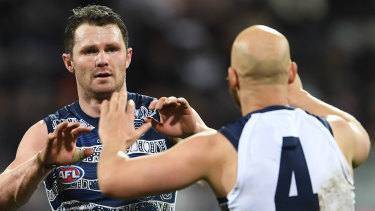 It’s rare for a player to have such an impact immediately after switching clubs, but think of Crow-turned-Cat Dangerfield’s season three years ago and the effort of Greg Williams when he moved to Sydney from Geelong in 1986 as the template for Neale to match.

It’s bound to be an interesting count with a host of potential winners and maybe a bolt from the blue.

There will be another assault on the medal from Bulldog Marcus Bontempelli, the perennial issue about a ruckman’s worth – thanks to an excellent season from Magpie Brodie Grundy – a constant eye on the ineligible Dustin Martin and the intriguing question about just how many votes Carlton’s Patrick Cripps will finish with. Monday night’s vote count has all the ingredients to guarantee an entertaining night.

Amid the storylines, it’s somewhat easy to forget that Hawk Tom Mitchell’s hopes of defending his 2018 triumph ended ingloriously and sadly with a season-ending broken leg during an otherwise inconsequential pre-season training session in January.

Dangerfield, the 2016 winner with 35 votes, soared into outright favouritism to take Charlie home for a second time thanks to an exceptionally strong finish to the home-and-away season.

Securing three votes after booting 4.3 and dragging in 34 possessions in Geelong’s final-round demolition of Carlton at GMHBA Stadium might yet prove the moment when the Geelong superstar nails the medal.

It’s probably too much to say this is the most open contest in years but the 2019 count for the league’s best and fairest is a fair distance from the manner in which Dangerfield reigned supreme in 2016, Martin in 2017 and Mitchell in 2018. In each of those years, the winner seemed home and hosed even before Gillon McLachlan started the repetitive process of reading through the votes from a marathon season.

Indeed, the pre-count favourite has saluted in six of the past seven seasons (taking into account Jobe Watson’s favouritism seven years ago before he was eventually stripped of the medal). The last three years in particular saw some of the hottest favourites in history cruise to victory – Martin ($1.05), Dangerfield ($1.16) and Mitchell ($1.45).

But then there are examples like Matt Priddis five years ago ($41) – the biggest outsider in years – giving an inkling of hope to players such as Scott Pendlebury, Josh Dunkley or Travis Boak that a win from the clouds remains a possibility. 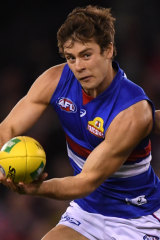 Neale began the season as a $51 prospect with TAB Sportsbet but the former Docker’s credentials were soon established thanks to a red-hot start at his new club.

He was hovering around the equal favourite mark after round four and barely moved from that position in the pecking order.

Looking back more than 30 years, when Williams memorably tied for the medal with Hawthorn’s Robert DiPierdomenico with just 17 votes in 1986, new Sydney Swan Diesel admits he was surprised to be standing on the podium. 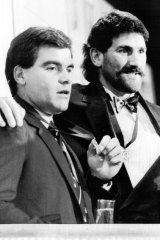 Then a third-year VFL player, Williams had followed coach Tom Hafey from his former club Geelong to the Swans.

‘‘I was playing pretty well at that stage,’’ Williams says, reflecting on his Geelong best-and-fairest win in 1985, which preceded the Brownlow at his new club.

‘‘It was only my third year [in the league]. But, yeah, it was a big surprise to win it.

‘‘I did have a pretty solid year at the SCG as well. It was a great ground for me.’’

Williams says he would love to see a strong polling performance from Cripps. How the relentless Carlton midfielder fares will be worth watching after the Blues won six of their eight matches once David Teague was installed as coach.

‘‘I think he could win,’’ Williams says. ‘‘Some of the games that I’ve watched, you know, it’s just amazing games that he plays.

‘‘He doesn’t just play well – he lifts the team over the line. He’s just an amazing player.’’

Much of the interest in Cripps will be about how many times the Carlton captain is rewarded with three votes rather than the ones and twos that he has become accustomed to.

‘‘Hopefully he’s right up there. It will be just great for Carlton if he won it. It would just be unreal,’’ Williams says.

‘‘He’s a star player, he’s just a monster in the middle and a great captain as well.

LOCK IT IN: THREE-VOTE PERFORMANCES 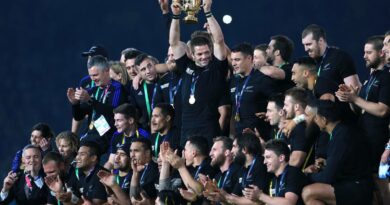 Gregor Paul: World Rugby could be on the cusp of its most disastrous decision 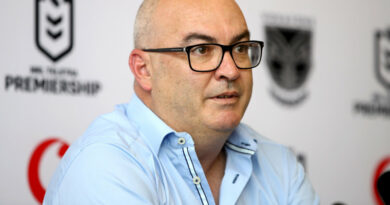 ‘Past frustration’: Warriors preparing for another year on road 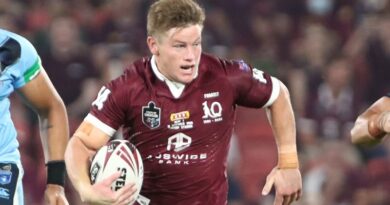