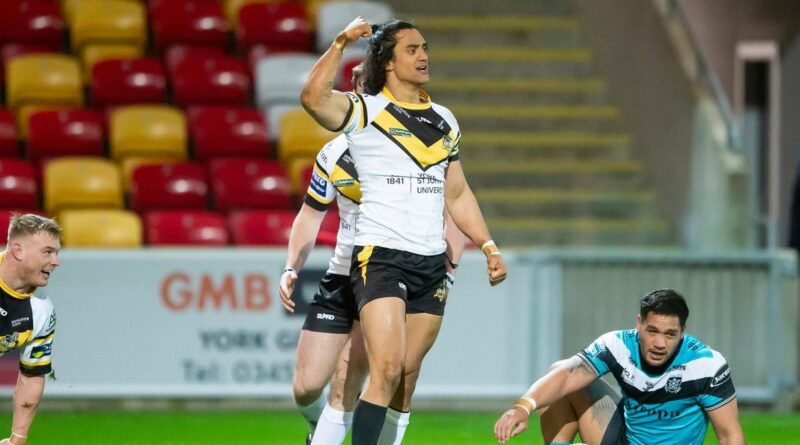 Tyme Dow-Nikau was a month from being born when dad Tawera Nikau faced Wigan at Wembley – now he wants to create his own piece of Challenge Cup history.

Nikau senior was a cult hero during spells at Ryedale York, Sheffield, Warrington and especially Castleford, where he was loose forward in the 1992 final. He wore the same no.13 shirt when Cas stunned that star studded Wigan team in the Regal Trophy final 18 months later.

Dow-Nikau – who bears a striking resemblance to his dad – followed his father’s initial footsteps to the Minster City, and tonight the Championship club host the Warriors in the third round. The 28-year-old said: “It’s exciting – if we want to push up into Super League one day then we need to test ourselves against the best.

“The old man mentioned the other day a Challenge Cup game for York against Warrington and said they nearly got it, they only lost by a try or so. There’s massive history around the Challenge Cup, and he’s been in touch a fair bit about the game.

“We’re just a little bit off being a really good team at the moment, and I’m excited for us – if we can put it together against Wigan it’ll set us up for a really good season ahead.”

Dow-Nikau was always destined for a rugby league field after growing up around some of the most famous clubs in the world. “Watching the old man play at the weekend, most kids aspire to be like the people they’re around and it was always a big ambition for me to be like him,” he explained.

“I bounced around a fair bit as a kid and was up in Warrington and Castleford, as well as Cronulla and Melbourne in Australia before we moved back to New Zealand. It was pretty awesome to experience that and I’m very grateful.

“I remember the 1999 NRL Grand Final with Melbourne, we got to sit on the side of the field and run out afterwards. I managed to get on a few photos in the paper with the boys when they got the win, which was pretty cool. I was always around the locker rooms with different teams and sitting in the dug outs – there’s some good memories.”

The year could yet finish with Dow-Nikau supporting his dad on the field again. Nikau, now 54, lost a leg in a motorcycle accident in 2003, and has targeted a place in New Zealand’s Physical Disability World Cup squad.

Dow-Nikau added: “He said that he’s been training with them, and hopefully if it all goes ahead he’ll play in that. I’ve already asked him if there’s a waterboy job going again.” 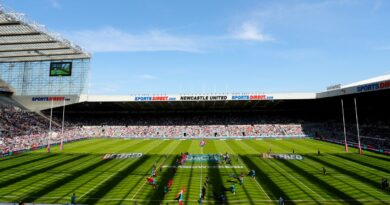