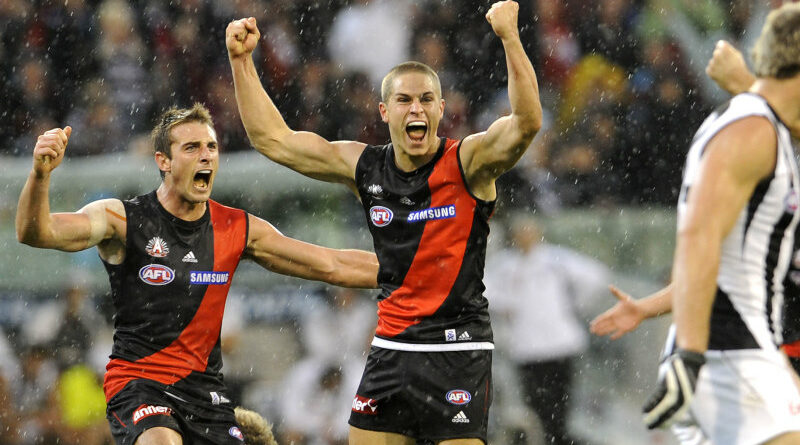 Essendon veteran David Zaharakis won’t be offered a new deal by the club for next season but hopes to continue his AFL career elsewhere.

The midfielder grew up an Essendon fan, was selected with pick 23 in the 2008 National Draft, and will never be forgotten by the red and black faithful. 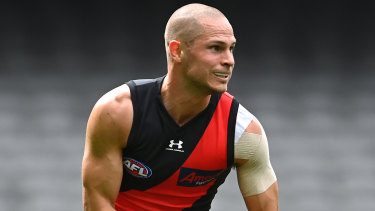 The 31-year-old played 226 games for the Bombers, the most famous of those the 2009 Anzac Day clash with Collingwood. It was just his fourth game of AFL football and he delivered the killer blow from long range with just five seconds left.

But his most recent game at senior level this year was in round 19 against the Giants and Zaharakis admits to having “really transparent discussions with the club in recent months”.

Both Zaharakis and Cale Hooker, 32, were overtaken by younger players in the pecking order at Bomberland this season – Zaharakis finding it difficult to get a game, edged out by Zach Merrett, Darcy Parish, Dylan Shiel and Andy McGrath.

Zaharakis was nominated for the NAB Rising Star in his debut year, and just two seasons later won Essendon’s best and fairest award, the Crichton Medal. He also went on to win the Anzac Day Medal against Collingwood in 2013, on the stage on which he made his name.

Speaking to the Essendon website, Zaharakis – Essendon’s best clubman in 2019 – said: “I lived out my boyhood dream to play for the Essendon Football Club, and for that I will always be incredibly grateful. It’s been an honour to be part of this club.

“I leave the club knowing I gave it my all, and hopefully I brought some joy to our members and supporters along the way – they’ve stuck fat with the club and we’re a better place for it.

“We had really transparent discussions with the club in recent months, and now I’m looking forward to seeing what the future holds. I’m hopeful to continue my AFL career elsewhere as I still feel I have a lot to offer.” 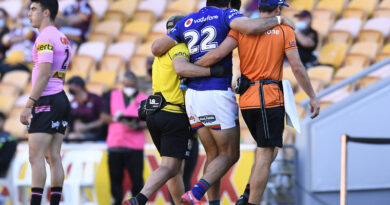 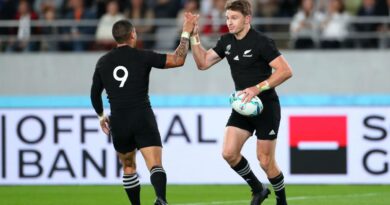 Rugby: Aaron Smith to captain All Blacks against Fiji; Beauden Barrett and Brodie Retallick to start