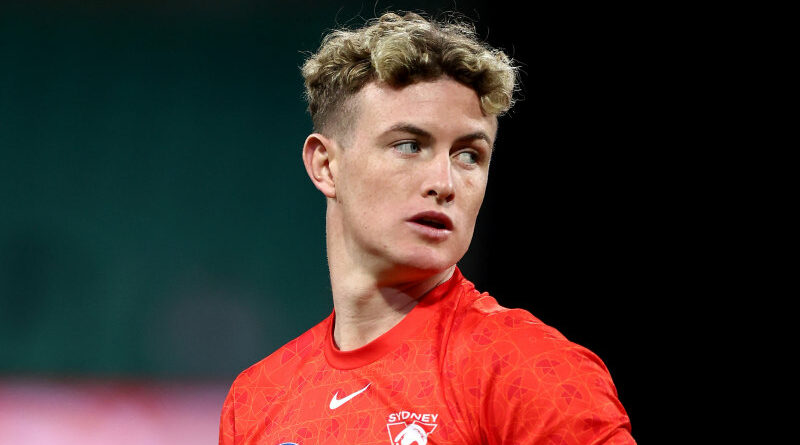 The Swans say brilliant young midfielder Chad Warner will still take part in Saturday’s Sydney derby against the GWS Giants at the SCG despite lewd photos of him being circulated on social media. 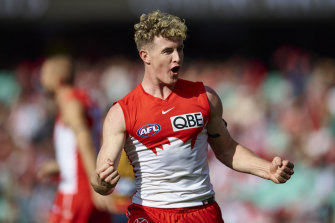 The Swans said in a statement that they were aware of photos being circulated without his consent.

“The club is working with the eSafety Commissioner to prevent the images from being distributed further,” the statement said. “Chad’s welfare is our priority and we are supporting him at this time.”

The photos are believed to be from two years ago and contain nothing malicious, sources claim.

Warner, 21 and a veteran of 32 games, is having a breakout season which has created much hype among former players in the AFL media.

Luke Hodge, a four-time Hawthorn premiership player, three-time premiership captain and a two-time Norm Smith medallist, did a sit-down television interview with Warner recently, revealing that he had a “man crush” on the midfielder.

“It’s pretty surreal,” Warner said in an interview with The Sydney Morning Herald and The Age before the photos were released.

“I’ve grown up my whole life watching Hodgey as one of my great idols. It’s pretty cool to be in this position where it’s a little bit roles reversed. He’s a great guy.”

Warner was looking forward to lining up with superstar Lance Franklin again after delivering him the pass against Adelaide last Saturday that allowed Franklin to kick the goal that took him past Gary Ablett snr into fifth place on the list of all-time VFL/AFL goalkickers.

‘Show us your rig’: Matty Johns’ tribute to son Cooper ahead of Storm rookie’s debut

‘More aggressive’: Rutten urges Dons to be bold, Shiel to return from benching

NRL round 10: Key takeouts from Magic Round at Suncorp Stadium