Home » Rugby League » ‘We have made some mistakes,’ but Kennett says he and Hawks are not racist

Hawthorn president Jeff Kennett has told a pre-match function that neither he nor his club are racist, and is confident current Indigenous players feel safe at the club.

The culture at Hawthorn has been in the spotlight since a report published in The Age earlier this month, in which Cyril Rioli and his wife Shannyn Ah-Sam Rioli revealed that a series of events, including an incident in Tasmania in 2018, had led to Rioli’s estrangement from the Hawks. 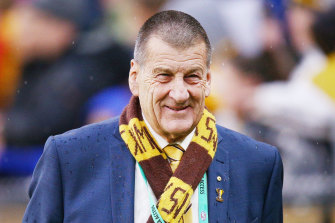 Last Wednesday, Kennett sent a letter to members addressing the report and saying the club would conduct “further inquiries to see if there might have been other incidents affecting our past First Nations players”.

On Sunday he spoke about the report at the club’s president’s lunch before the Hawks played St Kilda at the MCG and he said he was confident that Hawthorn’s current players would report any incidents of racism to senior staff.

“We are, Hawthorn are, doing what we can to listen, to learn what has happened in the past but, right now, we are very much convinced, although we may still trip up, that over the last few years that our players feel not only safe at Hawthorn, culturally safe, but they feel so safe that if something was said or done that they thought caused them harm, they would be confident to go and report it to any number of senior people at the club,” Kennett said.

“That is a real test because in days gone by, some of those issues were not reported, so you weren’t able to deal with it because people kept them to themselves.”

Kennett said he rejected any suggestion the Hawks were a racist club and made reference to the AFL mandating clubs appoint full-time Indigenous officers to support players.

“I do not accept and I completely, absolutely, utterly reject that I am in any way racist. It’s an awful slur for anyone to have to bear,” Kennett said.

“And nor is our club racist and nor do I think the AFL community is racist, nor St Kilda. But we have a job to do and we have to keep working hard to improve the circumstances of our First People.

Kennett said the world was changing for the better, and referenced the same-sex marriage referendum in 2017 as an example.

“There have been, in our game, incidents that were wrong at the time and we reflect on and hope they wouldn’t happen today,” Kennett said, referring specifically to incidents such as Nicky Winmar’s famous stand at Victoria Park and the way Adam Goodes was forced from the game.

“But, by point of reference, who would have thought that in 1993 that we as Australians would be big enough and educated enough to overwhelmingly support the referendum for equal marriage?

“In 1993, there was no way that that referendum would have been carried and yet through education some of the most redneck communities in Australia voted for them for the betterment of our society.

“Today as a result of continuing education, not only by the AFL and football clubs, we are making the same progress in recognising and honouring our Indigenous community, our First People, who are so terribly important to the fabric of this society and the world as a whole.

“That is not to say we don’t make mistakes from time to time, but the world is changing and changing for the better.”

Kennett was also critical of the reporting of Rioli’s concerns and the concerns of his partner Shannyn.

“There are people, and today is not the day and that will be another story in due course, about the story that came out last Saturday and what I consider the disregard for the people that they have reported on,” Kennett said.

“We have been trying for a long time to get Cyril and Shannyn back among our ranks and we will continue to try and get them back here. I had an email from Cyril as late as January 23 wanting to talk but, sadly, we haven’t spoken since, although we have tried.”

Kennett finished his speech with a call for unity.

“May we use this day to not only reflect on what happened 29 years ago [when Nicky Winmar took a stand after being racially abused] but what has happened since and how fortunate we are that we are part of a continuum where education will hopefully bring our First Peoples, second peoples, third peoples, fifth peoples together as one.” 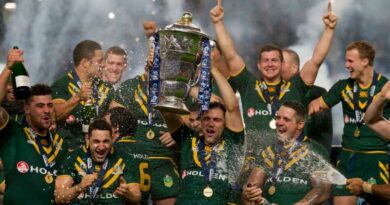 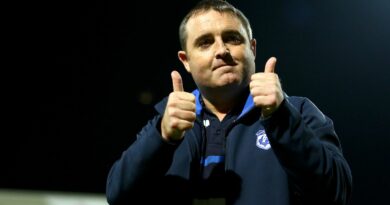