Super League champions St Helens are keen to participate in the NRL’s mooted new pre-season tournament if the price and timing are right, with the majority of Australian clubs also expected to back the latest addition to the calendar.

The Herald revealed on Wednesday that Rugby League Central is keen for teams to play for points and prizemoney before the competition proper begins for the first time since the Tooheys Challenge ran in the early 1990s. The initiative will be officially unveiled at the announcement of the 2023 NRL draw, which could take place as soon as next week.

The final details are still being worked through, but one of the possibilities is for all teams to be involved in two tournament matches during the traditional trial period.

The NRL has invited St Helens to participate in two games in Sydney, one of which would be against Australian premiers Penrith, in a fresh twist to the traditional World Club Challenge concept.

St Helens officials declined to comment on the development, but sources with knowledge of the situation told the Herald the English powerhouse is open to participating. NRL clubs are still digesting the idea, but are expected to also fall in line once further details are conveyed.

“All the clubs are supportive of a bit more structure around the pre-season,” said South Sydney chief executive Blake Solly. 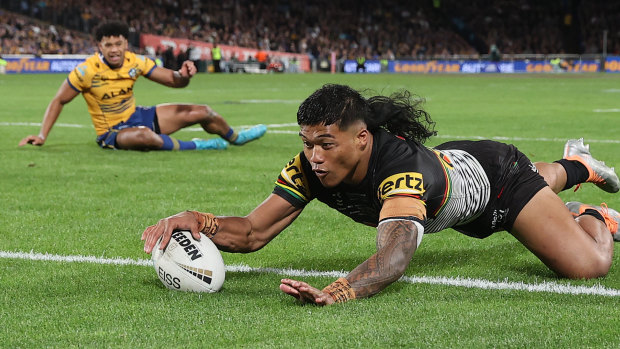 The Panthers are expected to play English champions St Helens as part of a new pre-season competition.Credit:Getty

“Some of the things the NRL did last year around broadcast and the playing of the pre-season was a real step forward.

“Unfortunately, we don’t have any information about what this new pre-season competition looks like, but I think instinctively that anything that adds a bit more rigour to the pre-season will be well-supported.”

Solly has a firm understanding of the game in both hemispheres given he was the boss of the Super League competition before taking on the Rabbitohs role. He believes it a prudent move to incorporate the best English clubs.

“St Helens are a proud club,” Solly said. “[Chairman] Eamonn McManus and [CEO] Mike Rush are outstanding operators and have done a wonderful job building a strong club on and off the field.

“All the clubs are supportive of a bit more structure around the pre-season.”

“They would be a wonderful addition to any pre-season competition in 2023.”

The Herald spoke to several other NRL powerbrokers, who declined to go on the record until they had received further details. However, they were open to commercialising the trial period in a manner similar to the AFL’s NAB Cup.

“It’s well worth investigating,” one club boss said. “We already played a couple of trial games every year as it is, so it probably won’t be too different.”

Next season, on the back of the World Cup, will be one of the longest yet. There is the prospect of not only a pre-season tournament but also a competition game in the United States, the All Stars fixture and an extended season that goes for 27 rounds.

St George Illawarra star Zac Lomax, an attendee at a press conference promoting the Sonny Bill Williams-Mark Hunt fight on Thursday, said it was important any new additions to the calendar didn’t overburden the players.

“At the end of the day, the season is probably long enough,” Lomax said.

“It feels like the off-season goes that quick. The pre-season and the season is long enough as it is, it takes a toll on your body, let me tell you.” 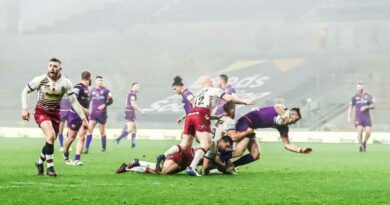 Ken Davy: Super League’s new interim chairman wants the focus to be on the pitch