The Warriors have reached out to Canterbury to offer assistance during the Belmore club’s COVID crisis, which could result in the first loan deal of the season being struck.

Bulldogs supremo Phil Gould asked the NRL for permission to approach the Warriors and Titans for a standby player should further players in an already-ravaged squad test positive ahead of Friday’s clash with Brisbane. Jake Averillo, Brent Naden, Ava Seumanufagai and Reece Hoffman have been ruled out after providing positive PCR tests, but there are fears of further scratchings given the squad has trained and socialised together this week.

To date, the blue and whites have been able to fill only 19 of the requisite 24 spots for the Suncorp Stadium encounter.

Speaking on Wide World of Sports’ Six Tackles with Gus podcast on Wednesday, Gould was adamant the game must go ahead as scheduled, but said he may require assistance for that to happen. He hoped that could come in the form of a potential standby player from the Warriors or Titans should his squad suffer more infections.

The Warriors, who have a strong relationship with Gould after his brief stint as a consultant to the club, were quick to offer support. 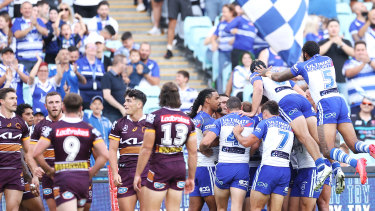 The Bulldogs are struggling to field a side against the Broncos.Credit:Getty

“I don’t know if we are in a position to, but I certainly texted Gus yesterday to say he should let me know if there’s anything we can do to assist,” Warriors CEO Cameron George told the Herald.

“We’d do that, one, because it’s Gus, and two, because we’ve been in that situation ourselves for various reasons and clubs were great to us.

“I don’t know whether we could because we’re light on players ourselves, but at the end of the day I said ‘If you need anything, give us a call and we’ll work it out from there.‘”

The Warriors were the main beneficiaries when a loan system was first introduced to help the club deal with the coronavirus situation. Daniel Alvaro, George Jennings and Albert Hopoate were among the players loaned to the New Zealand club during its stay in Australia.

George said he was pleased to potentially now be in a position to help.

“Gus [Gould] was really appreciative and said he would keep an eye on the situation,” George said.

“We’ll see where it all lands, but I have a pretty close relationship with him and I told him to ring us if there’s anything we can do while we’re based in Queensland.

“What that is I don’t know, I don’t even know if we could give them players because of our situation.

“But I’d hate not to at least try after everything he’d done for our footy club and also for the game.

“He’s only got to ring us and say ‘this is what we need.’

“We haven’t had any dialogue with the Bulldogs at this time … but collegially it’s an issue the game has to address,” Mitchell said.

“We’re all in this together.”

Asked if he was open to providing a lower-grader as a standby player if required: Mitchell said: “I think there is merit in that. At the moment it’s the Bulldogs in that position, but any of us could be in that position.

“To ensure the game is protected, there’s probably some merit in that. We have to learn to adapt.”

Jacob Kiraz and Billy Tsikrikas are in line to make their NRL debuts for the Bulldogs, but others could be in line for a first-grade promotion if there are more positive results.

Regardless, Canterbury coach Trent Barrett is hopeful the team pull off an upset and register just their second victory of the season.

“We’ve put together a side we know will be competitive and we’re going up there expecting to win,” Barrett said. 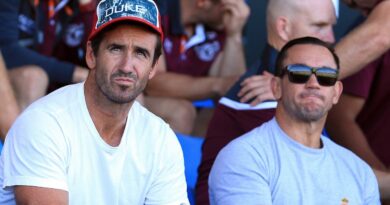 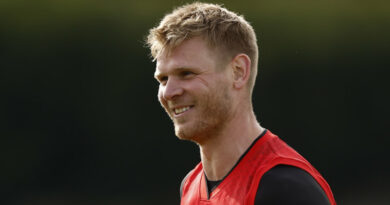