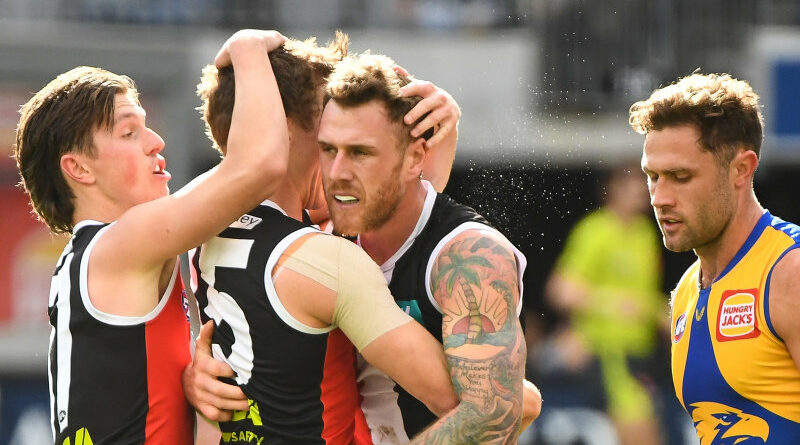 St Kilda coach Brett Ratten’s calm but powerful dressing down of his players following last week’s insipid loss to the Western Bulldogs made for captivating viewing, with even West Coast coach Adam Simpson an interested observer.

The Saints laid just 11 tackles in the first half on the way to a 28-point loss to the Bulldogs, with the final margin flattering Ratten’s men given the lack of fight they showed. 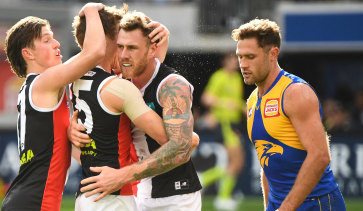 West Coast are set for a tough game on Sunday. Credit:Getty Images AsiaPac

The result saw St Kilda (9-8) drop to 10th spot on the ladder ahead of Sunday’s clash with West Coast at Optus Stadium.

The Saints gave fans a captivating insight into the inner sanctum when they aired vision of Ratten’s post-match address to the group.

A clearly disappointed Ratten told his players they had lost some respect in the competition as a consequence of their lacklustre display against the Bulldogs.

He then ordered the players to start holding each other to account and also demand more of each other.

“We control the environment, we control our attitude.

“We’ll never be the team we want to be until we f***ing ask each other to f***ing lift when it counts.”

With the Saints’ finals hopes on the line and the words of Ratten ringing in the ears of the players, Simpson is expecting a fierce response from St Kilda.

“I saw that vision,” Simpson said.

“It’s all part of your leadership and how you get the best out of your players.

“Their season is on the line, so we expect them to be pretty fierce.

“We’re anticipating them at their absolute best this week and so are our players. Can we sustain and handle them and match that? That’s our challenge.”

West Coast will again be without star ruckman Nic Naitanui (knee), while St Kilda big man Paddy Ryder will miss the next four to six weeks with a calf injury.

St Kilda spearhead Max King booted six goals the last time he faced West Coast – in an eight-point loss in Perth a year ago – and the Eagles know they will have their hands full again.

“I think our backs at stages this year have been left high and dry with our lack of support or pressure up the ground,” Simpson said.

“The overwhelming supply has hurt us. Conceding 60, 70 inside 50s, it’s really difficult to say it’s a backline issue (when teams kick big scores).

“So if we can nullify the supply, that would be the first priority to taking away (King’s) opportunities.” 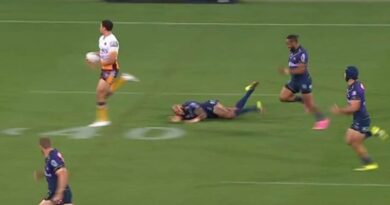 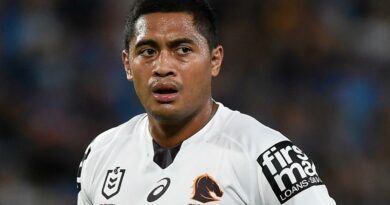 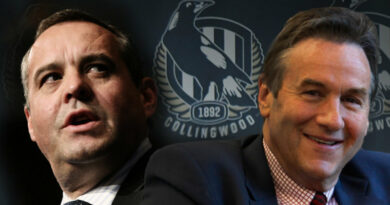 Board challenge gets Collingwood’s members’ list, without emails and phone numbers