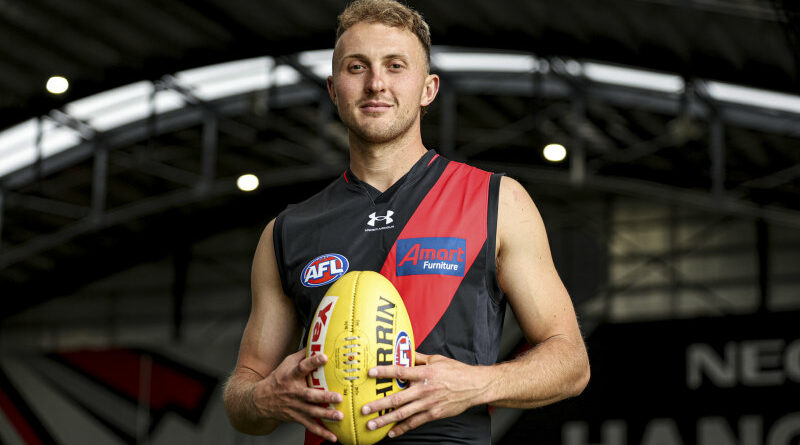 In today’s AFL briefing, your daily wrap of football news.

Police are investigating West Coast player Isiah Winder, who was allegedly involved in an incident at the Indigenous and Multicultural Players Summit at Geelong over the weekend.

“The AFL have been informed of the alleged incident and as this matter is currently under investigation by Victoria Police we are unable to make any further comment,” a spokesperson from West Coast said. 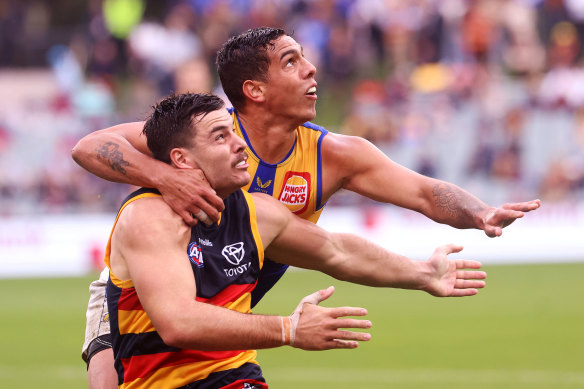 “The club will fully cooperate with Victoria Police and provide support to Isiah throughout the investigation.”

Winder was relisted by the Eagles at last week’s rookie draft. He last played in round 12, but was delisted at season’s end.

Three months ago, Rhett Montgomerie was playing in South Australia for Central Districts, with no interest from AFL clubs.

The 22-year-old’s journey to the AFL has not been a straightforward one. Montgomerie describes it as a whirlwind. 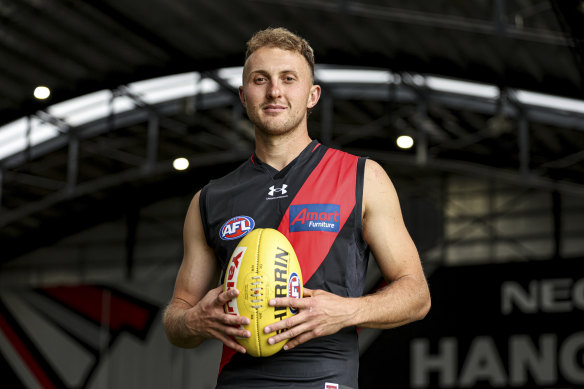 Rhett Montgomerie is living his dream at Essendon.Credit:Essendon Football Club

“I’ve had a lot of disappointments. You know, I never made a state team in South Australia. Got overlooked for that, and I didn’t have any AFL interest until about three months ago,” Montgomerie said.

He remained steadfast in playing good football locally, hoping it would be enough to get the attention of AFL recruiters. After a breakout year as a reliable tall defender, at 190 centimetres with aerial ability, he finally did.

The South Australian intercept defender was taken with pick four in the rookie draft after a breakout year for Central Districts.

Now, he wants to follow in the footsteps of other mature-aged recruits who have gone on to enjoy success, such as Geelong’s Tom Stewart.

“I think the old cliche, the last four or five years a lot of mature ages have actually broke through in the AFL system and gone on to be really good players like Tom Stewart and Nic Martin here [at Essendon], and people like that,” Montgomerie said.

The Cats plucked Stewart from a local league at age 22. He has gone on to earn four All-Australian blazers and a Carji Greeves Medal, while Martin was overlooked in three national drafts before getting the call-up and booting five goals and getting a Rising Star nomination on debut.

“I definitely just kept thinking before I was 24, 25, if I can just keep playing good footy, you know, I’m definitely still a chance. Because I know when you get to about 25, you start to get overlooked,” said Montgomerie.

He said being on an AFL list was “unreal”.

“I’ve been dreaming of [it] my whole life. So, to get the phone call and my name called out was one of the best feelings. I can’t really explain it to be honest.”

Montgomerie said Essendon recruiting manager Rob Forster-Knight called him and hinted at it but didn’t give too much away.

“He asked if I’m ready to come over and I said ‘yeah’ and I just thought that was his hint to me I’m probably going to go, so I was over the moon.

“It’s finally sunk in … But it’s been a whirlwind.” 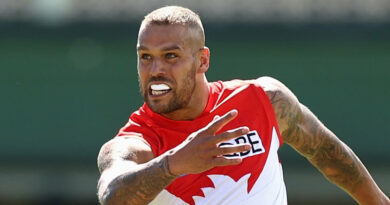