Home » Rugby League » ‘We’ve given them a pathway to speak’: AFL pledges support to female umpires

The AFL has formally apologised for the horrendous treatment of female umpires, which was detailed in a research report leaked earlier this week.

Female umpires who experience sexism and harassment have been advised to report their experiences to their local, clubs, leagues and the AFL.

The AFL’s acting CEO Kylie Rogers conceded the report, which the league received in August, could have been released to raise community awareness about the issues confronting female umpires.

She said she had contacted senior female umpire Eleni Glouftsis and former AFL goal umpire Chelsea Roffey, who both contributed to the research. 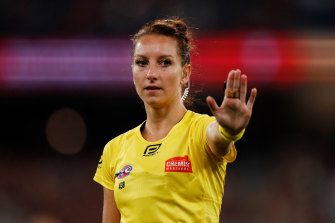 Rogers said the report helped the AFL understand the barriers facing females interested in or already umpiring and a plan would go to the AFL Commission to invest in initiatives to remove those barriers.

Rogers said the league aimed to lift the number of female umpires to 40 per cent of the umpiring fraternity – way above the current rate of 10 per cent.

She said all females umpiring throughout the country had the right to feel safe, and they should know they have the AFL’s complete support in that.

“Through this process we’ve obviously given them a pathway to speak about their experiences and for us to give them some support. Umpiring is a very, very, very pivotal part of our game, and it’s hard, so we’re supporting them as much as we can,” Rogers said. 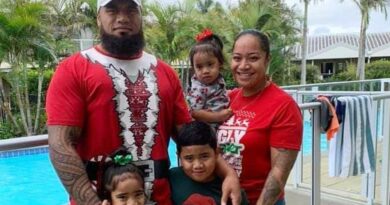