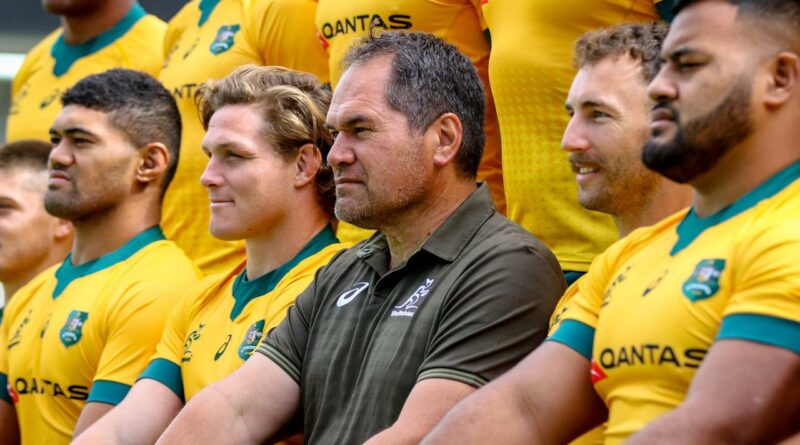 Dave Rennie refused to say they were dropped, but the second-year Wallabies coach has issued every player in Australia with a warning that incumbency counts for little.

On Sunday Rennie dropped a bombshell by leaving out all three of the hookers he used in 2020 as he named a 40-man training squad ahead of the July Test series.

While the squad is expected to be vastly different when he names his official squad in June, Rennie said “we’ve got to be brave in some of our selections” as he looks ahead to the 2023 World Cup in France.

Experienced loose-head prop Scott Sio, once dubbed as one of the best in the world by scrum guru Mario Ledesma, has also been excluded, while incumbent captain Michael Hooper wasn’t included either given he’s on sabbatical overseas playing in Japan.

Only four Waratahs have named the squad, which as Rennie said, is “an indication of form, an indication of potential”, yet still paints the sorry picture NSW finds itself in after five straight losses to start the year.

Justifiably 14 Brumbies and 12 Reds have been included, which is vindication for their strong campaigns to date in Super Rugby.

Seven players from the Rebels have been selected, including a maiden call-up for Josh Kemeny, while fellow Force back-rower Tim Anstee has also been picked as one of three men from the west.

But it’s the glaring absences of World Cup hookers Folau Fainga’a (Brumbies), Jordan Uelese (Rebels) and departing Red and first-choice rake under Rennie Brandon Paenga-Amosa which is the warning shot every Australian rugby player must heed.

For years players have been selected despite dodgy Super Rugby form.

While Rennie said those players could force their way into the squad when it’s officially named for the three-match series against France, it’s the kick up the backside they need.

“This is not a Wallaby team,” Rennie said.

“I think we need to be reminded of that. We’re bringing a group of guys into camp, so when we do our selection in June if these guys are missing from that then you can say that they’ve missed out on the squad.”

In particular, Rennie signalled out Reds hooker Alex Mafi for special praise, while also describing Force rake Feleti Kaitu’u as a “block of a man”.

“Alex Mafi, forget about the two tries he scored behind the pack last night, he’s got a real point of difference out wide. He’s more like a Kiwi hooker, got really good pace, so he’s gone really well.”

Ever since being named as Michael Cheika’s successor, Rennie has never publicly made any promises.

That theme continued, as he stopped short of guaranteeing Michael Hooper the captaincy again.

While Hooper is likely to captain the Wallabies in 2021, Reds openside flanker Fraser McReight will surely be given more chance after limited opportunities last year.

“We haven’t spoken about captaincy at this stage,” Rennie said.

“I was really happy with the job Hoops did last year though.

“I think it’s good for him at the moment [playing for Toyota in Japan]; it’s a different experience for him and I know he’s really enjoying that and I think that will help grow his captaincy. He’s surrounded by different people. He’s playing with Kieran Read, Steve Hansen’s over there from time to time.

“He’s definitely a strong candidate for captaincy again, but we haven’t discussed that.”

Reds breakout utility forward Seru Uru was one of 14 uncapped players in the side.

Rennie also stopped short of guaranteeing Izack Rodda a spot in the squad for France, with the 2019 World Cup member due to return to Australia later this year after signing with the Force.

‘I don’t fear him’: Leilua and Mitchell trade barbs before grand final

Collingwood star Adams out till bye, Cox unlikely for Blues