Kalyn Ponga’s second head knock in the past fortnight has left Queensland coach Billy Slater on high alert as the State of Origin series heads to a decider.

Slater insists Queensland has a reason to be “proud of their team” despite the Blues blitz that has NSW on the cusp of their fourth series win in five years.

Now the attention turns to game three with Ponga, who was one of the Maroons’ shining lights in Perth, set to go through concussion protocols which could leave him in doubt for Newcastle’s clash with the Gold Coast Titans on Friday.

NSW halfback Nathan Cleary is set to come under the spotlight of the match review committee after being placed on report for his hit on Ponga late in the game two blowout.

Cleary was put on report for a tackle on Ponga in the 70th minute, but the Blues halfback is likely to escape with a fine after the NRL created a separate representative record for Test and State of Origin players – as well as a greater disciplinary threshold required for a player to miss a grand final – under sweeping judiciary changes earlier this month.

Ponga’s latest head knock comes two weeks after he left the field in Newcastle’s loss to Penrith following a collision with Viliame Kikau. 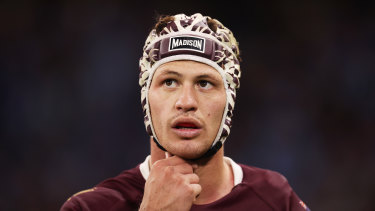 Kalyn Ponga left the field for a HIA late in the game.Credit:Getty Images

“He’s obviously copped a bit of a shot there to the head when he was hitting the ground,” Slater said.

Queensland held a 12-8 lead before the Blues struck on the stroke of half-time, and from there Slater was forced to watch from the box as his side unravelled.

Cleary scored two tries as the Blues piled on 30 unanswered second-half points with Slater left with little alternative but to watch the carnage unfold as “concentration” errors dismantled Queensland’s hopes of securing the series with a game to spare.

NSW are now 80 minutes away from their fourth series win in five years as the series heads to Brisbane for Origin III, a far cry from Slater’s playing days as part of a near-unstoppable Queensland juggernaut.

“It’s different. It was different for me in game one, you’ve got no control up there,” Slater said.

“You’ve got to put a lot of trust in your players, and trust in the work you’ve done throughout the week. I’ve got to get better too.

“Going back on the embarrassment thing, I think Queensland will be proud of their team. They put in a whole lot of effort, alright. It’s one-all in the series, and the series will go back to Brisbane. That’s not going to win us the game, it’s not going to help us, unless we fix up these concentration errors.

“You can’t fault their effort, and Queensland has always been about effort.”

Watch the State of Origin series exclusively live and free on Channel 9 and 9Now. 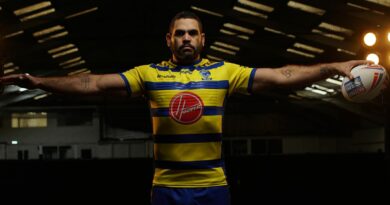 After cancer and heartbreak, Seve savours a sweet debut