ANTHONY Seibold has cemented his status as the most promising coach in rugby league, after it emerged yesterday the proud Queenslander is likely to fill the shoes of Wayne Bennett.

Born and bred in Rockhampton, the South Sydney mentor is set to be confirmed as Brisbane’s coach from 2020 onwards within the next week, capping an incredible rise over the last decade.

He will become just Brisbane’s fourth coach in their proud history.

By rugby league standards, Seibold is still considered a rookie given he has only one year of NRL experience under his belt following his successful 2018 season with the Rabbitohs.

But he is so highly-rated across the game that the Broncos view him as the right person to replace Bennett — a man who was once his mentor.

So influential was the 68-year-old on Seibold that he still has old game plans belonging to Bennett from when he trained under him as a Brisbane reserve grade player in the early 1990s.

Seibold has also edged out Kevin Walters for the job, another coach that the 44-year-old learnt from over his career after serving as Walters’ Queensland Maroons assistant in 2016 and 2017.

A deep thinker, Seibold’s time as an NRL head coach may only be short, but there is no doubt he will bring a wealth of knowledge to Red Hill in 2020.

He has learnt his trade from the best in the business, including Melbourne Storm mastermind Craig Bellamy and former South Sydney coach, Michael Maguire.

He has travelled across Australia and over to the UK to be the best he can be and also holds a Masters of Education.

It is because of this hardworking and open-minded attitude that the 2018 Dally M Coach of the Year had no hesitation in taking over the role of Rabbitohs’ head coach earlier this year.

Seibold reflected on his journey in July, revealing how his background readied him for his greatly-desired shot at the NRL.

“By the time the Rabbitohs opportunity came around, I wasn’t nervous,” he wrote on the Players’ Voice website.

“I felt like I was ready for the role. I had drawn great confidence from my coaching experiences through the years.

“I am forever trying to engage interesting people, creative thinkers, whether they’re within rugby league or outside.

“I reckon it’s important to look outside the box in search of better ideas. It’s a big world out there.”

Anthony Seibold in action from the Raiders against the Sharks in 1998. Picture: Ray StrangeSource:News Corp Australia

Seibold’s coaching career began in 2006 as an assistant for Wales club the Celtic Crusaders, a newly-developed side that competed in the UK’s lower grades before pushing for promotion to the Super League in 2009.

From here he has travelled to Mackay, Melbourne and Manly before he landed himself the assistant coaching job with the Rabbitohs in 2017, which led to his promotion to an NRL coach.

Just two years ago he was considered a “little-known” coach after he was appointed Walters’ Queensland assistant.

But now he is one of the biggest names in the game with a huge future ahead of him.

■ Was a Brisbane Broncos reserve grade player between 1992 and 1995

■ Played for Brisbane Wests, Ipswich Jets and Toowoomba Clydesdales in the Queensland Cup

■ Has a Bachelor of Teaching and a Masters of Education

NRL: South Sydney have confirmed that they have signed Wayne Bennett to replace Anthony Seibold as their head coach from 2020.

Originally published as Who is Anthony Seibold? 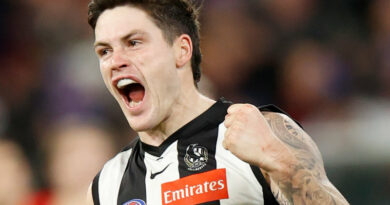 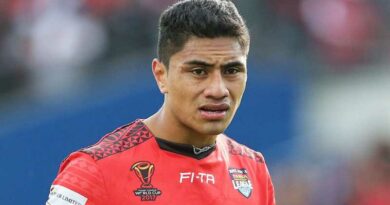