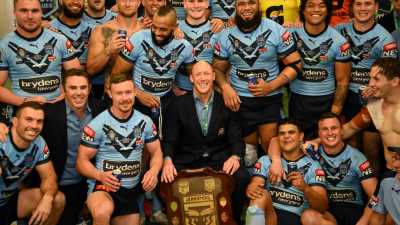 Brad Fittler happily handed Craig Fitzgibbon most of the on-field responsibility for the Blues this Origin series and knows his good friend is more than ready to make an instant impact as an NRL head coach.

There were emotional scenes in the sheds at Cbus Stadium on Wednesday night when Fittler made sure Fitzgibbon plonked himself on a plastic chair and held the shield while surrounded by the players for one last photo.

“I nearly cried,” Fitzgibbon said, knowing he will be forced to give up the Blues’ assistant role when he becomes Cronulla’s head coach next season.

There will be no rush to appoint a new deputy, with Panthers assistant Cameron Ciraldo, former Dragons coach Paul McGregor, or possibly an aspiring coach and NSW hero like Brett Morris all worthy contenders.

Fittler said he and Fitzgibbon had been friends more than 20 years, and the Sharks were fortunate to have a fantastic player who will go on to become an even better coach.

“Wednesday night was really sad because myself and ‘Fitzy’ have gone through a lot together,” Fittler said. “We played together, we defended alongside each other at the Roosters, we played in four grand finals next to each other. 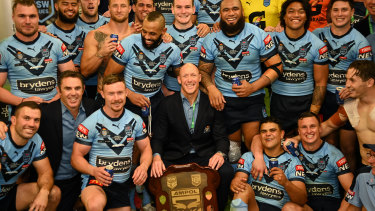 “I coached him at the back end of his career at the Roosters when some big things happened back then.

“He’s spent the last three years at the Blues. I’ve been glad to watch him as a footy player get better, now I’ve watched him develop as a coach – he’s the ultimate professional and someone with a great work ethic.

“Players take a lot out of spending time with Fitzy.

“He does a lot work at the Roosters, and he pretty much took control of a lot of our attack and defence this series. 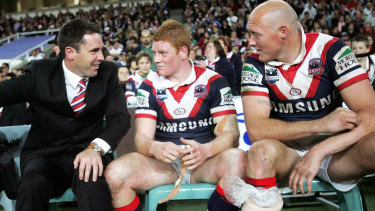 “I got to sit back and listen to his delivery, his clarity, he was super impressive. You can tell he’s ready to be a head coach.”

Fitzgibbon said had it not been for the success he enjoyed as a right-hand man to Fittler with NSW, lessons he has learned from Roosters coach Trent Robinson and long-time support from chairman Nick Politis, he would not be ready to start in the Cronulla job in 2022.

“Players believe in Freddy, and when he talks it’s spine chilling,” Fitzgibbon said.

“The way he can deliver a message so simply, and the way he has the balls to go out and do what he feels will work – he doesn’t tread the same path other coaches do – they will be two key things I take with me [to Cronulla].”

Fittler hasn’t ruled out a return to head coaching in the NRL – he had mixed success in his three seasons in charge of the Roosters – and while the job requires a lot of time and effort, especially compared to an Origin role, he said “the longer you leave it the easier it might become because you’re wiser”. 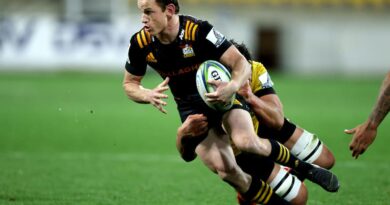