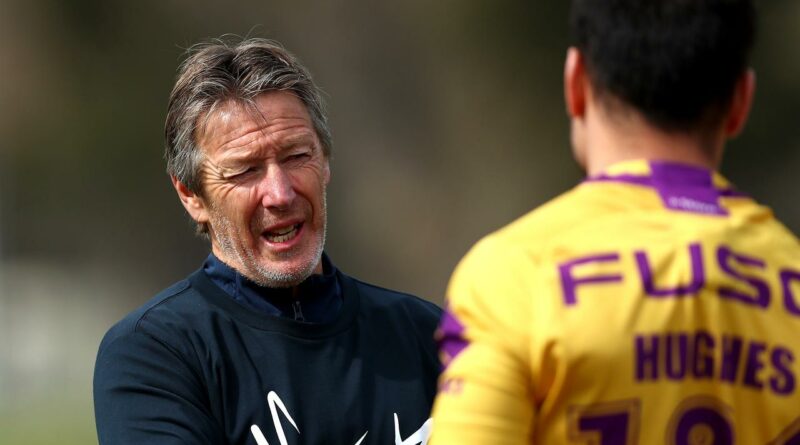 Rugby league legend Mark Geyer believes Storm halfback Jahrome Hughes’ decision to extend his deal through to 2024 is an indication he knows who the coach will be.

Hughes reportedly turned down a monster $2.5 million deal with the Warriors to stay loyal to Melbourne and Geyer believes that means the Storm head coach is now a two horse race between Craig Bellamy and his long-time assistant Jason Ryles.

“Awesome wow that is so intriguing,” Geyer said on Triple M’s The Rush Hour with MG when hearing of Hughes’ signing.

NRL: Rooster Luke Keary believes Joseph Suaalii will be a very special player in the competition, but still has a lot of hard work to go….

NRL: Rooster Luke Keary believes Joseph Suaalii will be a very special player in the competition, but still has a lot of hard work to go.

“He is a player that had a breakout season last year and he would have been in so much demand.

“I don’t think he would go outside that system right now without Cameron Smith and not be coached by Bellamy or his assistant Ryles, who led them to the grand final victory last year.

BENNETT VS BELLYACHE: in latest chapter of one of rugby league’s greatest feuds

‘BIG YEAR FOR MYSELF’: Milford concedes 2021 make or break for Broncos career

‘I WANT RTS BEFORE HE LEAVES’: Ponga calls for player names on club jerseys

‘I HAD TO MAKE DECISIONS’: Freddy hints at end to Latrell’s Origin exile

The 26-year-old will be 30 by the time his Storm deal comes to an end and while it is hard to predict who will be the Melbourne coach by then, Geyer believes he would have been told who will coach the team in 2022.

“He would have to know who the coach is going to be to sign on,” Geyer said.

“He would have said to the hierarchy at Melbourne, before I sign this extension I want to know who the coach is going to be while I’m here.

Get all the latest NRL news, highlights and analysis delivered straight to your inbox with Fox Sports Sportmail. Sign up now!!!

“Of course they would have told him he is the playmaker. Frank Ponissi would have definitely given him that and I’m pretty sure he would know right now exactly who the coach is going to be.”

The Storm who now have all their spine players Harry Grant, Ryan Papenhuyzen, Cameron Munster and Jahrome Hughes all locked up.