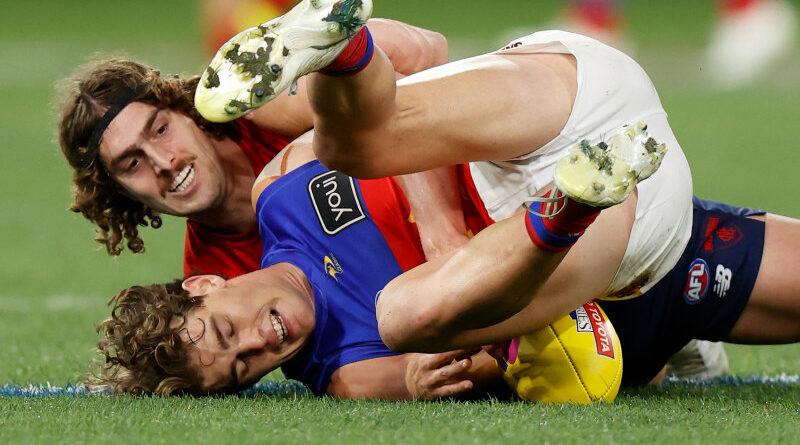 Luke Jackson is a metaphor for Melbourne’s failed 2022 campaign. Like Jackson, it started with huge hype and promise, appeared to be on track for MCG glory, but petered out and then was gone.

In the coming days, Jackson is expected to tell the Demons he wishes to be traded to Fremantle and return to his home state. “I’m sure in the next few days we’ll find out,” said Simon Goodwin, who showed flashes of emotion in his final post-game media conference of a season that must be marked as a fail given the 10-0 start, of Jackson. 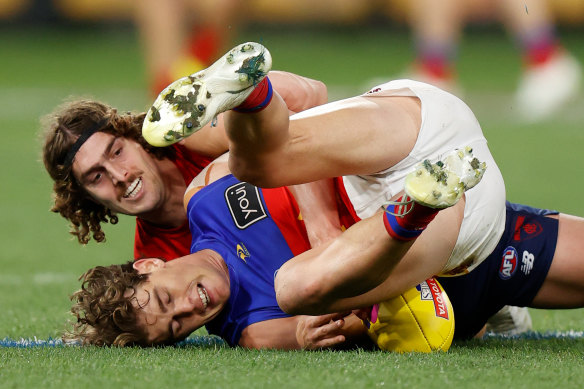 The Demons, as Goodwin said, had been unable to achieve their mission of giving their fans the feeling the players and coaches had experienced in the Perth premiership of 2021. “When you don’t win, you feel that sense of emptiness and I’m sure our supporters feel that.”

Jackson’s probable exit will sting some Melbourne people. It shouldn’t. Jackson is merely a developing player, with significant potential, but who didn’t stand up and perform in Melbourne’s two finals losses. He had nine disposals and took just one mark in Friday night’s deflating defeat to the Brisbane Lions. If we expected more, it should be remembered that he’s 20, an age when ruckmen are still embryonic.

What the Jackson situation underscores is that young players are too often paid on perceived potential – what the Dockers/Demons think he could be worth in future – as distinct from what he’s produced.

Daniel McStay, meanwhile, was given a stay from his last game as a Lion by dint of his team’s superb effort to overrun the more fancied Demons, who had embarrassed the Lions at the Gabba just three weeks earlier. That round-23 encounter ended as “the crying game” as a result of Dayne Zorko’s off-colour comments to Harrison Petty, ensuring that Zorko would be booed every time he touched the footy on Friday night.

Melbourne’s dismembering of the Lions at the Gabba in the final home-and-away round not only delivered the Demons second spot, it camouflaged their poor second half of 2022. The straight-sets finals flop was consistent with the form line over those last 14 weeks. The Demons went 6-8, a precipitous fall from 10-0.

Melbourne’s bull run in the first 10 games coincided with a softer fixture; in the back 14 games, they were beaten by top eight teams Geelong, Sydney (twice), Collingwood (twice), Fremantle, the Bulldogs and then finally Brisbane, whom the Demons had belted twice in the regular season.

The second half capitulation continued a pattern that plagued the Demons, who had demonstrated the following foibles in the latter stages of 2022:

1. An inability to turn midfield advantage, in terms of territory and possession, into winning scores; Clayton Oliver and Christian Petracca accumulated hefty disposal tallies even in defeats. 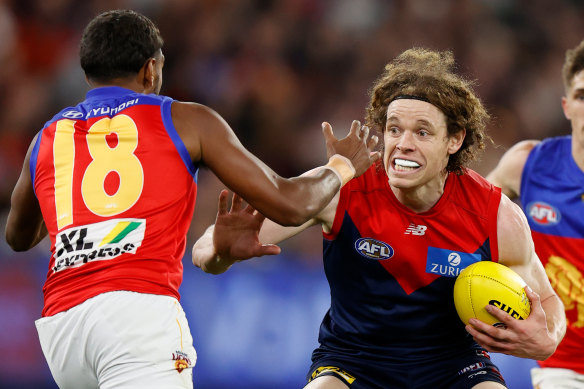 2. Predictable bomb entries and poor connection to their forwards, who lacked potency. Ben Brown, a valuable acquisition for the Demons in 2021, found it tougher in this finals series, albeit Tom McDonald’s prolonged absence (he returned to the VFL last week) made it harder. That McDonald was hurt in round 10 – the beginning of the slide – suggests his structural value was considerable.

3. Opponents, such as the Lions, found they could inflict serious damage on the Demons with quick and bold transition from defence.

4. They were more readily exploited by small and quick forwards at ground level, than by key forwards. Steven May was rarely beaten (Eric Hipwood an exception when they were matched on Friday night), but the Demons aren’t the slickest backline at ground level.

Joe Daniher’s withdrawal from the Lions side, viewed as a serious blow to the Lions, arguably worked in Brisbane’s favour, since the Demons were less comfortable defending quick smalls, in particular the electrifying Charlie Cameron, while it also allowed the Lions to ramp up their pressure rating, which reached a season high of 201.

The anticipated loss of Jackson will not harm Melbourne much next year, assuming they have a decent back-up for Max Gawn, whether that’s Brodie Grundy or someone else.

Goodwin observed after their exit that back-to-back flags are difficult, and that a team’s foibles are exposed in finals.

The coach would know if there was something amiss, besides the clear deficiencies mentioned, within the playing group, if there was a post-premiership complacency or an outbreak of hubris. Certainly, it would take more than a fight between teammates at French restaurant in Prahran.

But the truth may be more mundane: That the 2021 premiers were just slightly off-key, enough that the momentum of the first 10 games abruptly disappeared. In a game of millimetres, that’s enough to turn a juggernaut into a straight-sets loser of finals.

Blow to Bombers: Adam Saad is seeking a trade to Carlton