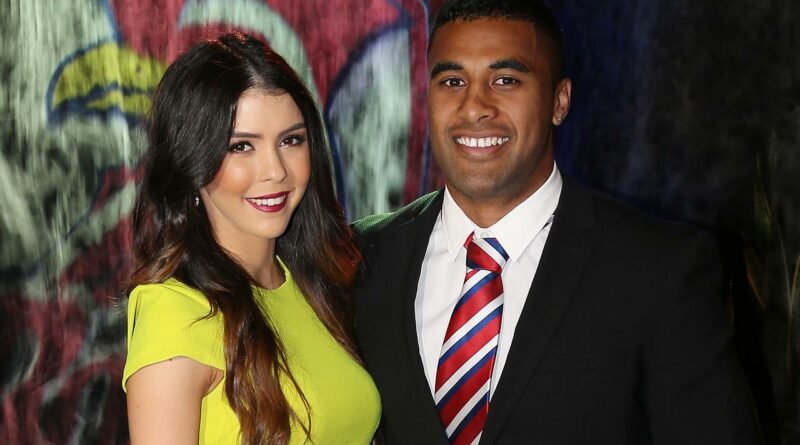 Exiled NRL star Michael Jennings will return to court next week after it was revealed he is being sued by his ex-wife in civil court over accusations he raped her during their relationship.

In an extraordinary report by The Daily Telegraph, the 33-year-old’s former wife Kirra Michelle Wilden has claimed in court Jennings raped her “five or six times” before their relationship broke down in 2016.

She is suing the former Parramatta speedster for an undisclosed amount in civil suit proceedings in the Sydney District Court.

Jennings has strongly denied the claims. He has not been charged over the accusations and is not facing a criminal trial.

Wilden is seeking an order for Jennings to pay her damages for inflicting a personal injury.

NSW Police claim there was no record of a sexual assault complaint against Jennings.

Wilden claimed the alleged rapes took place between October 2014 and early 2016 and that she was the victim of verbal abuse.

The Daily Telegraph report adds that Wilden told court she suffers from anxiety and panic attacks as a result.

“I quite regularly still have panic attacks, I don’t sleep for weeks at a time,” Ms Wilden told the court.

Jennings’ barrister Murugan Thangaraj SC accused Wilden of starting the case as a cash grab and a vehicle for revenge against him.

The accusations against Jennings reportedly include testimony from Wilden that Jennings verbally abused her, calling her a “slut” a “whore” and “useless”.

Jennings played for the Penrith Panthers, Sydney Roosters and Parramatta Eels during his NRL career.

Jennings earlier this month agreed to walk away from his reported $400,000 contract after coming to a mutual agreement with Parramatta.

The former NSW State of Origin star is also awaiting the completion of his doping case after he was provisionally suspended by the NRL in October, having tested positive to Ibutamoren and Ligandrol.

The statement does not make it clear if a settlement has been reached.

The club says in the statement Jennings agreed to cut his contract in a selfless act to allow the club to sign another player to their roster for the 2021 season. 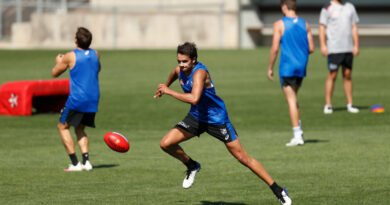