Wigan Warriors prop Gabe Hamlin has provisionally suspended by the Rugby Football League after been charged with a UK anti-doping violation.

The Warriors say Hamlin, who is in the second of a two-year contract with the Super League champions, is currently on a flight back to his native Australia.

Wigan chairman Ian Lenagan said in a statement: “Wigan Warriors will look to support Gabriel throughout this process until its conclusion and thereafter.

“Gabriel has requested to be closer to his family during this difficult time and we fully support this request.”

The 22-year-old was signed from South Sydney’s U20s team on the recommendation of former Wigan coach Michael Maguire and was named the club’s young player of the year at the end of his first season in England.

He narrowly missed out on selection for Wigan’s Grand Final team in October, but played in all but one of their opening eight matches of 2019, including the World Club Challenge against Sydney Roosters.

Hamlin was left out of the Warriors’ team for their last match, a 42-0 win over Catalans Dragons on Sunday. 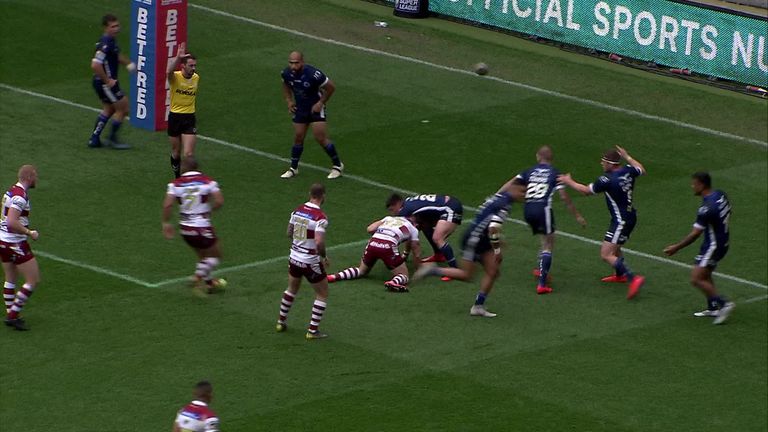 The news compounds a miserable start to the season for Wigan, who have had a suspended points deduction for a breach of the salary cap, went on a five-match losing run and are still waiting to find out if former captain Shaun Edwards will take up their offer to become their next head coach.

Live: Wallabies vs All Blacks

Clash of the Codes: A phone call which changed Martin Offiah’s life 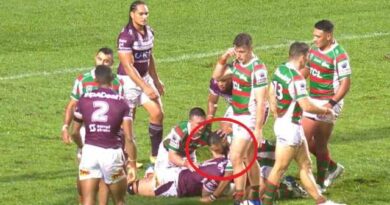