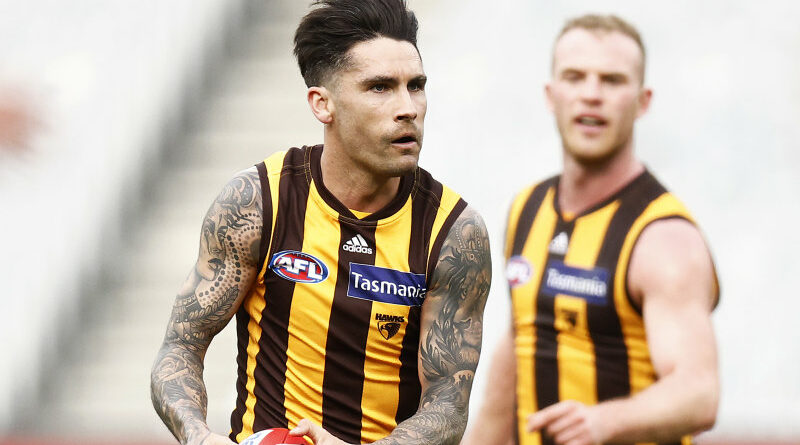 Hawthorn star Chad Wingard has shut down any chance of him leaving Waverly Park to join Greater Western Sydney in the final days of the trade period.

The Giants made initial inquiries following a week in which Hawthorn all but declared that senior stars including Tom Mitchell, Jaeger O’Meara, Jack Gunston and Wingard were available for the right price. 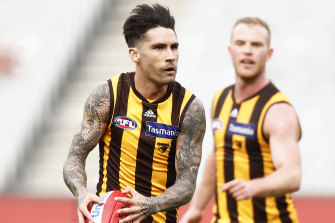 The league’s newest franchise club was willing to part ways with pick 13 in exchange for Wingard, if the Hawks were willing to pay a significant portion of his salary.

But Wingard himself shut down trade discussions quickly and said that if he was to move from Hawthorn, he desired to remain in Victoria.

As the Giants were looking to add a dynamic mid/forward to their list, a small forward of their own in Bobby Hill has told the club of his intention to leave, preferably to Essendon. Despite lengthy conversations between the Bombers and the Giants over the course of the weekend, Essendon is yet to make an offer for the contracted West Australian.

A club source told The Age that GWS was already low on small forward stocks, so it would take a sizeable offer for them to trade Hill. Hill has played 30 games in three seasons and is only 21.

Hawthorn and North Melbourne have also shown interest in Hill but Essendon is the only club to have a meaningful conversation with the Giants about him.

GWS is set to be a major player in the final two days of trade period. Rory Lobb, who three seasons ago demanded to be traded from Greater Western Sydney to Fremantle, now wants to reverse his move, but it remains unlikely that a trade will be facilitated.

Lobb has two years and $1.4 million remaining on his contract at the Dockers. The Giants are open to a trade if Fremantle are willing to pay a portion of his salary. But total player payments space is not a significant priority for the Dockers currently, given the departure of young gun midfielder Adam Cerra to Carlton.

Rival clubs believed over the weekend that the Dockers were positioning themselves to have one last crack and landing a big fish before the trade deadline on Wednesday night.

Brisbane have already blocked the luring of former Fremantle star Lachie Neale and no inquiries have been made about out-of-form Giants captain Stephen Coniglio.

The departure of Lobb would increase the Dockers’ salary cap space but sources at the WA club have told The Age they won’t be letting him go cheaply, particularly if they’re going to be paying some of his wage to play for a rival premiership threat.

Lobbs’ manager Colin Young told the AFL website in a statement the deal wouldn’t go ahead.

“We exhausted all avenues to try and assist GWS facilitate this trade in which we believe all parties would benefit in the long run,” Young said. “I advised all parties at 7.30pm Sunday by email that this trade would not get off the ground, so we should all move on.”