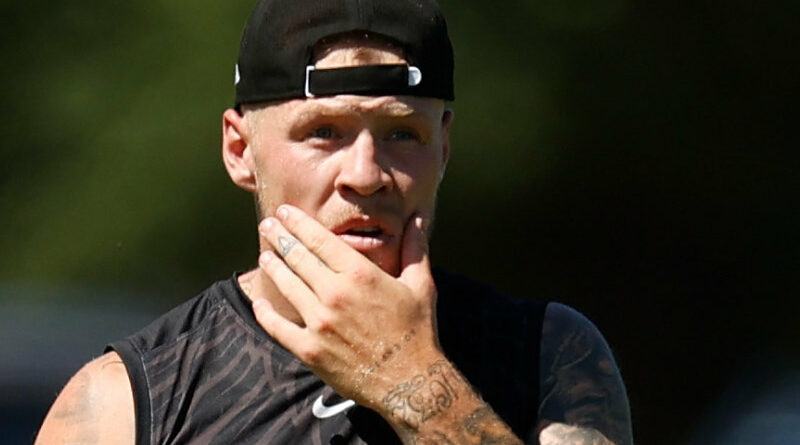 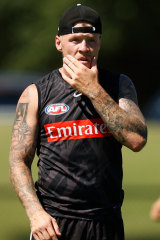 Collingwood’s words around Jordan De Goey are far stronger than their actions. They have treated him sympathetically and as a welfare case, rather than a miscreant, albeit with one important exception: the withdrawal of a substantial contract offer.

A suspended fine of $25,000 until season’s end is on the light end, given that the club’s own words – “extremely disappointed” and “demonstrated disrespect towards women” – suggest that the Magpies took the Bali nightclub antics as an affront and yet another item on their star’s rap sheet.

But the outcome also reflects the club and AFL assessment that his gyrations and gestures did not pass muster for an AFL suspension. For that, he can thank the woman concerned, who leapt to his defence on social media and ridiculed the media attention.

The most important statement of Collingwood’s was their withdrawal of a two-year $1.6 million contract with a trigger for a further two years, as The Age revealed on Monday night.

De Goey’s Bali trip has likely cost him hundreds of thousands in his free agent contract, whether he remains a Magpie or finds a new nest. It will cost most in tenure/length of contract.

Yet, Collingwood have an opportunity for a further statement, directed at De Goey, his teammates, club staff and board members who are exasperated by his continued poor choices: for the Magpies to drop him to the VFL this weekend and enter the game against Greater Western Sydney without him.

The Magpies ought to drop him, even if this hampers their chances against the Giants. Words do not seem to mean much to De Goey, who has apologised repeatedly for his past mistakes and famously told Nathan Buckley “I won’t let you down” when he was presented with his first jumper.

The Magpies took their time before making a call in part because they say they had to spend time with him and also due to concern for his mental health, the club going public that their midfielder had been diagnosed with attention deficit hyperactivity disorder (ADHD), a condition that was confirmed after his return from the disastrous New York trip last spring that prompted the club to stand him down.

De Goey may or may not be in the optimum state of mind to perform by Sunday when the Pies host the Giants. But even if he’s fine, the need for a statement to their players, staff and community outweighs the short-term risk of four points. People within the club are jack of dealing with De Go-ings-on, even though they like him.

Scott Pendlebury, for instance, was holidaying on Hamilton Island when he received word of the latest snafu. “Not again,” was the gist of the skipper’s response.

Collingwood was not happy when De Goey informed them that he wanted to visit Bali during the bye. The club was worried, knowing that the mere fact of him going was newsworthy and contained risks.

But coach Craig McRae and football boss Graham Wright let him go, judging he is an adult and therefore entitled to make his own decisions. The Pies knew, too, that an unthinking footballer can find trouble in Beaumaris as easily as Bali. One AFL official quipped that De Goey would find strife if he went to the Simpson Desert – and that it would be captured on a mobile phone.

De Goey misread the play terribly when he issued an Instagram statement attacking the media, with the unfortunate hashtag “enough is enough” – the phrase often used decrying violence against women. He had not run this foolish statement past Collingwood, which saw it as yet another poor choice that merely compounded the Bali blunder.

Why hasn’t De Goey learnt from his missteps? That’s a question for he and perhaps the club psychologist, who has been working with the gifted midfielder on his ADHD and spent plenty of time with him since his return from Bali.

In the past, De Goey did not pay a hefty price – he received only a short ban after he broke his hand in a fight and lied about it to the club five years ago. He was still handed a hefty two-year contract in 2018 (negotiated by this columnist’s brother, his then agent), simply because of his match-winning abilities and Collingwood’s position in the premiership window; then, he was just a 21-year-old and everyone hoped that he would learn and grow.

More importantly, there is clearly a need for an intervention from his player peers. Mathew Stokes explained on The Age’s footy podcast how the Cats dealt successfully with Steve Johnson in 2007. Stevie J’s redemption was born of his teammates making him accountable. The imperative of setting standards has been underscored by the ill-timed TikTok blemishes of Isaac Quaynor and Jack Ginnivan.

De Goey must understand, finally, that his actions – his “vast carelessness” (as per the Great Gatsby) – impact on others, and his assembled rap sheet – which spans several years and two continents – means he will be watched more closely than other players. He must accept that smaller incidents, such as Bali, are enlarged by his name and Collingwood’s leviathan media profile.

“It’s never too late to be the person you might have been,” as the novelist George Elliot once put it.

Right until the bye, the penny still hadn’t dropped for Jordan De Goey. Collingwood, which has pulled the contractual lever, should drop him to the twos. 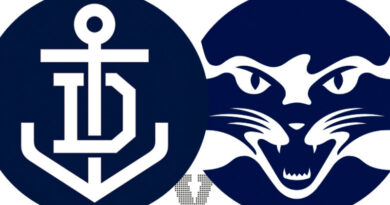 Is the AFL’s Rising Star award too subjective?