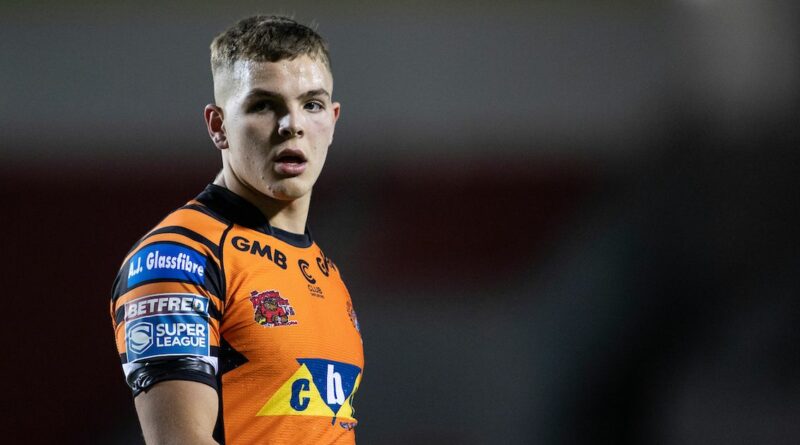 If I’d had the same opportunity to join an NRL club that Dominic Young, Bailey Hodgson and Harry Rushton have aged 19, I’d have taken it.

I’m a big believer in saying yes and then working the details out later, life is a lot more interesting that way.

It’s good for any young player to put themselves in a tough environment that will both forge you as a rugby player but also test your life skills away from home.

Fair play to those guys for having the confidence to go out there and test themselves, and in the long run it should help England’s prospects internationally.

Our strongest teams in recent years have been when we’ve had a number of players from the NRL in them.

It’s also something of a back-handed compliment to our Super League academies who are clearly producing quality players.

But it’s no different from any other sport or indeed businesses around the world – those at the top will be looking to gain an edge, and for NRL clubs that now means tapping into the talent pool in England.

Long-term we all want to see those players playing in our competition, but in the meantime good luck to the lads that have taken the challenge on.

I went to Australia as a 20-year-old, although it wasn’t to the NRL, it was to play country football in Wollongong, Sydney.

The world was a different place then – it took me about three days to get there, the internet wasn’t really a big thing and my only way of staying in touch with home was by phone calls.

But I got to play under a brilliant old pro in Greg Mackey who taught me so much about the game and about myself.

It was a great experience and I wish the three young lads heading out there this year well.

Personally next weekend will see me take on my next challenge – a double marathon.

It set out as an ultra marathon around London of 45 miles, but when we couldn’t quite visit all the landmarks we wanted to, we thought what’s another seven miles?

We’re doing it for a charity called the Greenhouse Sports who put sports coaches into socially deprived areas, and we’ll be running past their projects in the capital as well as two Rugby League World Cup venues in the Copper Box Arena and the Emirates Stadium.

Training has been tough but it’s a very worthwhile cause and any donations would be gratefully accepted.