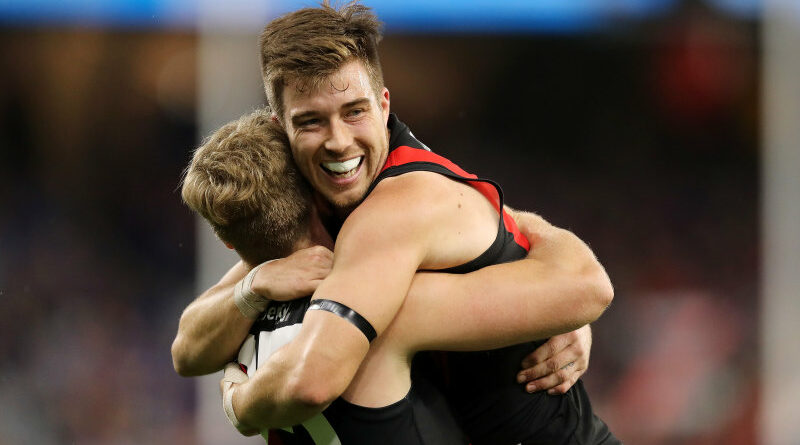 Essendon midfielder Zach Merrett has signed a long-term deal that should see him remain at the Bombers for the rest of his career. 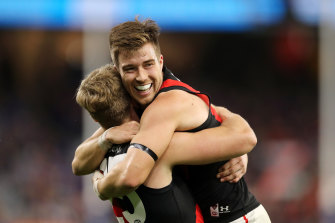 Jake Stringer and Zach Merrett celebrate a goal against the Eagles.Credit:Getty Images

Merrett was out of contract and a free agent at the end of the year.

The Brisbane Lions, Port Adelaide and Carlton were among clubs keenly interested in securing the skilful midfielder.

Merrett’s future appeared uncertain for a long time after several of his close friends, including Joe Daniher, left the club.

The change of environment with a new coach in Ben Rutten and an injection of young players, as well has improved performances on the field, has created a shift at Essendon.