The All Blacks have been hit with a potential injury blow ahead of Saturday’s match against England after Joe Moody suffered a gruesome eye injury in training.

The New Zealand prop was seen clutching a bandage over his left eye during a training session on Tuesday, and there was some serious bruising from the apparent cut 24 hours later.

During the training session, he was attended to by team doctor Tony Page, before leaving the field – and he now faces a face to be fit for Saturday’s Autumn International at Twickenham. 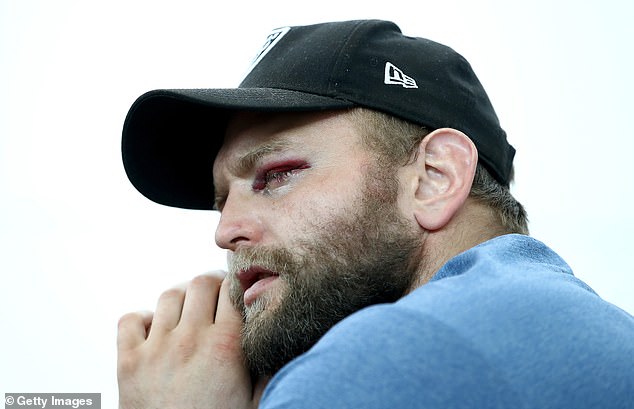 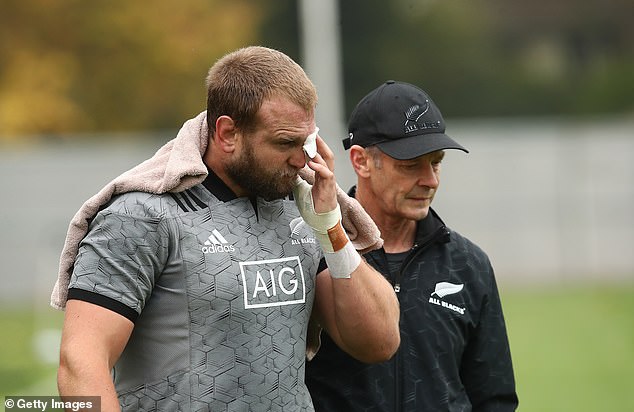 He and his team-mates enjoyed a visit to the McLaren Technology Centre in Woking on Wednesday, but Moody was seen sporting a serious black eye.

The 30-year-old Crusader did not appear to have full vision in his left eye, but still managed to get involved as the players were taught how to change a tyre.

Preparations will now continue ahead of the big clash on Saturday, by which time Moody will hope to be back in contention for a place in the team.

Meanwhile, Ian Foster believes New Zealand are happy to stay patient with Sonny Bill Williams despite having a midfield quartet ‘jumping out of their skin’.

Cross-code international Williams racked up his 50th New Zealand cap as the All Blacks eased past Australia 37-20 in Yokohama on the last weekend of October.

The 33-year-old powerhouse centre should now line up against England at Twickenham on Saturday, with All Blacks bosses still confident in his ability to turn it on when it matters most. 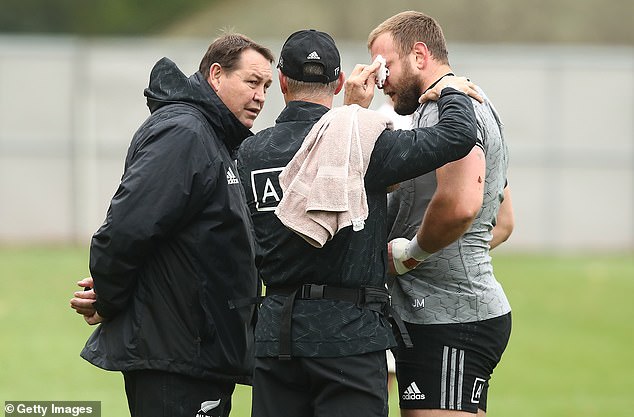 ‘I don’t think our patience (in Williams) will be driven by his background, more based on how we see players perform in training.

‘I think when we look at the physical nature of the game, how they are training, sometimes things are going really good off the park and it hasn’t quite gelled to the extent they want on the park.

‘Sometimes players are deemed to have had a quiet game but – in reality – they may not have had too many opportunities to show what they are good at. 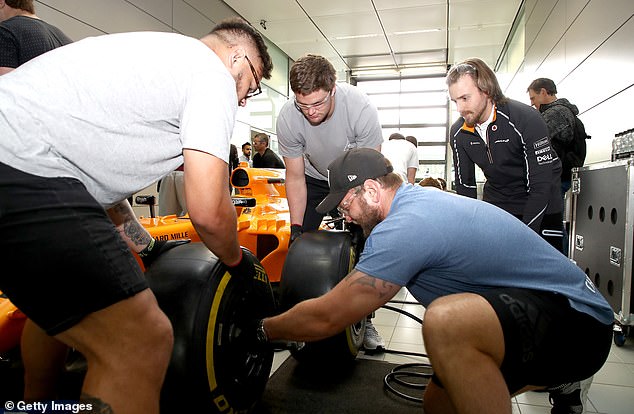 Despite the cut, Moody (right) was keen to get involved on a visit to McLaren in Woking, Surrey

‘We’ve got a whole lot of players who have had injuries this year, significant injuries over time, and they’ve come back and at various degrees of accuracy in their game.

‘But also some of them have taken a little longer to get their feet right.

‘So as long as we’re seeing improvements in training, things are going good and the attitude’s good, I guess we just keep on making decisions we’ve been making.

‘All our midfielders right now are actually jumping out of their skin, to be honest. In the last two weeks, the energy levels and work rate is as good as it’s been all year in that group.’ 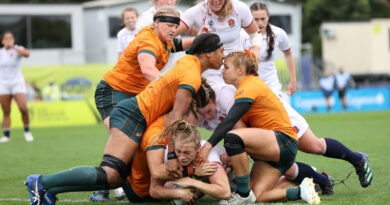