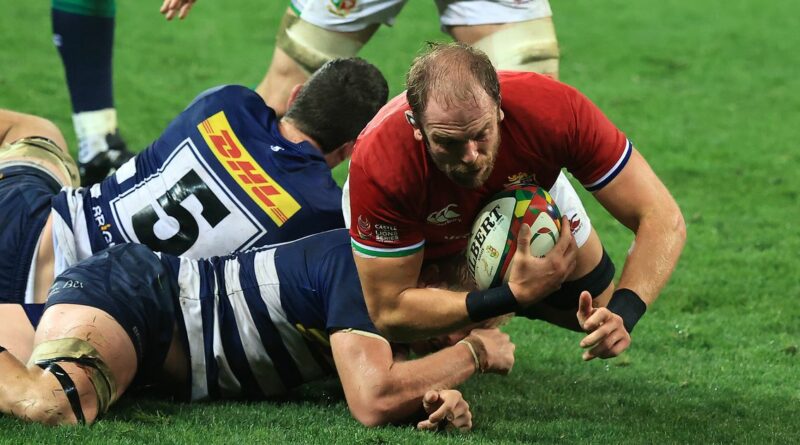 Alun Wyn Jones played 27 minutes of the British and Irish Lions' 49-3 victory over the Stormers on Saturday just three weeks after dislocating his shoulder.

The skipper was injured in the Lions' match against Japan and was thought to be out of the South Africa tour, being replaced by Adam Beard.

However, the Wales captain made what coach Warren Gatland described as a "miraculous" recovery to start on the bench in the team's final warm-up up before their three tests against the Springboks.

His performance has been commended by Gatland, who said earlier this week that AWJ will be in contention to play the first test on July 24.

Gatland told Sky Sports: "Alun got a few shots on and defended well. There were a couple of touches in there as well.

"The big thing for him was to get through that period and see how he was afterwards. I haven't really had a chat with him but he wasn't out there for a long time. We just wanted to see how the lungs were.

"I know how hard he has worked over the last year or so, he was desperate to make the Lions.

"In 2017 he probably was not at his best but has really been exceptional in the way he has prepared for this tour.

"It was a shame he picked up the injury but it's great to have him back. We will have that discussion about whether there's a role for him as a starter, bench player, or if he's not involved next weekend."

It has not yet been revealed if AWJ will take over duties as tour captain once again or if Conor Murray, who was given the honour when Jones was injured, will continue.

Another star that impressed the coach was newcomer Marcus Smith who was called up after Finn Russell became injured.

The Harlequins fly-half only made his England debut two weeks ago but started at 10 for the match on Saturday.

Gatland added: "The longer the game went on the better Marcus Smith looked and he became more comfortable out there.

"We'll have a look through the game again but he looked good and had some lovely touches. He kicked well and kicked for goal well. I thought he defended well.

"For a guy who has only had one training session and has been here for only five days, it was good.

"He will be part of the discussions, there's no doubt about that. He's like everyone though. A lot of people have put their hands up."

Smith's competition for the fly-half shirt is Dan Biggar and Owen Farrell with the former impressing in the jersey so far.

Farrell, if picked for the first test, is likely to start at inside centre as he does when he plays for England. However, there is tough competition for that shirt as well, particularly from Robbie Henshaw.

There will be three tests against South Africa on July 24, July 31 and August 7.

Will AWJ play in the first test? Comment below 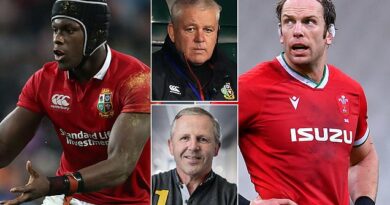