Were it not for the ringfencing of the Gallagher Premiership, Bath would now be entering one of the most seismic finales to a season in their 157-year history.

Fortunately for those of a blue, black and white persuasion, the decision by Premiership Rugby Limited and the RFU to make the top-flight of English rugby a cosy competition without jeopardy means Stuart Hooper’s side don’t have to worry about the threat of relegation.

What should be crunch clashes with London Irish and Worcester in the next few weeks have now been rendered as dead rubbers. What a blessed relief.

Frankly, Bath deserve to go down after a horror season in which they have won just four Premiership games. Unsurprisingly, they are rock bottom of the pile. 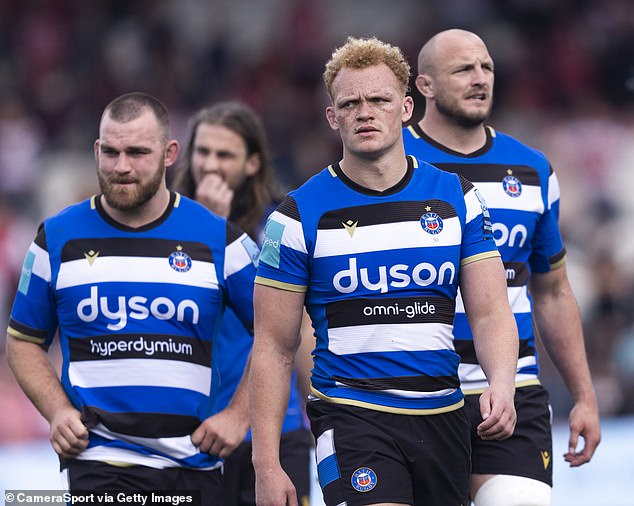 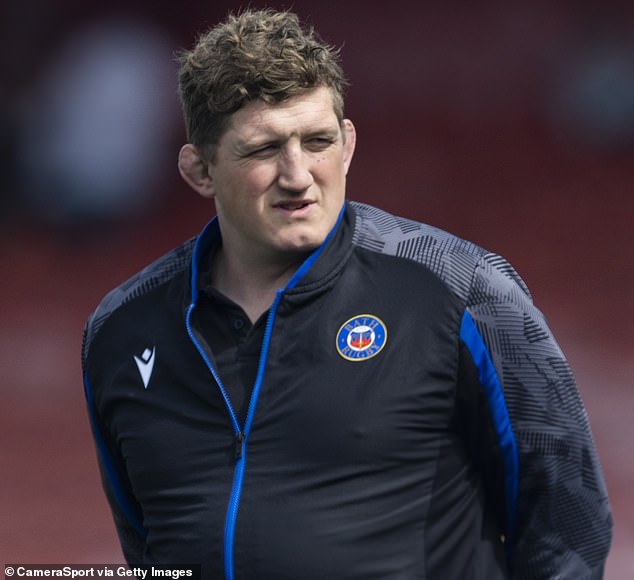 It’s not just Bath’s inability to win which has been of most concern, more the nature of their defeats. They have shipped 40 points or more on 13 occasions this season.

A senior RFU source told Sportsmail Bath is currently a ‘basket case’ of a club.

Ed Griffiths – who took over as Bath chairman in January – is leading the way as the club look to turn things around in time for the start of the 2022/23 season.

Sportsmail has learned that Griffiths – formerly of Saracens – has been left shocked at the state of play at The Rec and has taken close to total control of all key matters both on and off the field.

It has meant current director of rugby Hooper has been marginalised ahead of the arrival of current Munster boss Johann van Graan as head coach for next season. 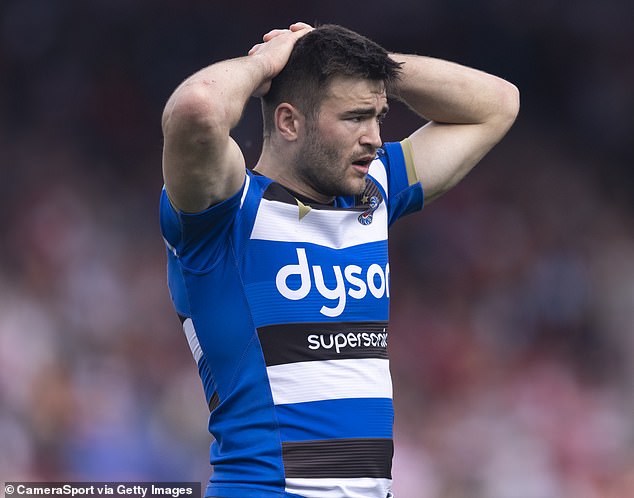 GAMES WITH 40 OR MORE POINTS CONCEDED

Griffiths even stepped in to oversee the itinerary of a four-day squad break to Marseille last month, emphasising the need to work on the squad’s culture.

On their return from France, Bath threw away a 19-point lead to lose to Northampton before being humiliated 64-0 by rivals Gloucester.

That Kingsholm performance was the nadir of a season to forget.

Unsurprisingly, Bath’s fans can’t wait for the campaign to end. It is to their great credit they still pack out The Rec to cheer on their team.

After what they’ve seen this term, sometimes you have to wonder why.

‘Over the last couple of years we have lost the plot and there has been a steady downfall,’ Bath season ticket holder Tony Linton told Sportsmail.

‘Three to four years ago we would come to The Rec expecting to win. What’s most depressing is that’s no longer the case. We are extremely lucky there is no relegation this season because if there was, we would definitely be in a lot of trouble.’

Another Bath fan, Ian Smith, added: ‘We deserve to be relegated. I’m looking forward to Stuart going. Anyone replacing him is a bonus – he’s Mickey Mouse.

‘Unfortunately, I don’t think he’s doing any good for the club and they have been too loyal to him.

‘There are only so many chances you can give before you have to realise he’s not the right man. He hasn’t got what it takes to get a team organised and winning.

‘The Gloucester game on Boxing Day showed it. Fans were shouting abuse at the players. I don’t condone that, but it shows people aren’t happy.’

The futures of Hooper and Bath chief executive Tarquin McDonald remain unclear as Griffiths undertakes a root-and-branch review of the club.

also understands there have already been staff departures from Bath since the no-nonsense Griffiths took control.

Helen Pattington travels to each Bath home game from London and has done so for more than 30 years so she has seen her fair share of highs and lows at one of English rugby’s most historic clubs.

‘You need winning rugby to get people through the gate and to be honest, if you look at a lot of our games this season you can’t say they have been competitive. It’s very sad,’ she said.

‘I don’t fear relegation and I think if it did exist, it would be a chance to reset and improve things. If you look at Northampton and Harlequins, they both got relegated and came back stronger.’

With 18 major trophies in their cabinet, Bath are one of English rugby’s traditional dominant forces and the game in this country is all the weaker for their struggles.

In Orlando Bailey, Max Ojomoh and Cameron Redpath they have young players of promise, but when Van Graan crosses the Irish Sea this summer he will quickly notice a lack of experience. 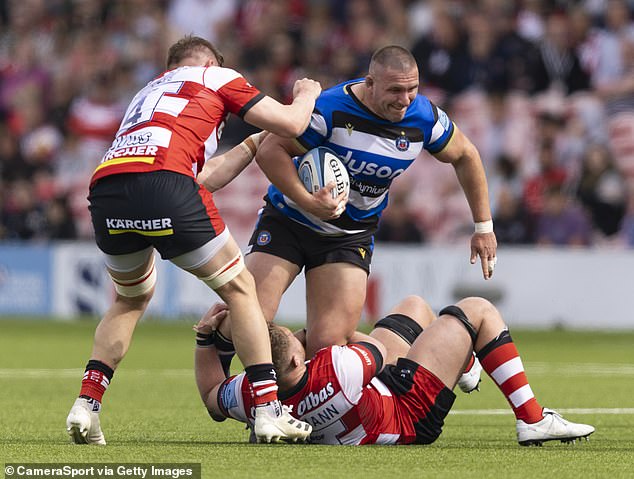 Taulupe Faletau has had injury problems at Bath, but his absence when he moves to Cardiff will be keenly felt. England caps Dave Attwood and Piers Francis will bring Premiership knowhow.

But the arrival of Francis from Northampton as a fly-half option is not the biggest statement of intent given he prefers centre and is on the fringes at Franklin’s Gardens this season.

‘We have had hard times before and they won’t last forever,’ said Smith.

Everyone connected to Bath will hope that proves to be the case. 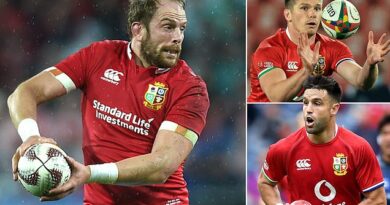 JAMIE ROBERTS: Alun Wyn Jones comes straight back into my Lions side

Mike Brown: Danny Cipriani is the best English player of my generation