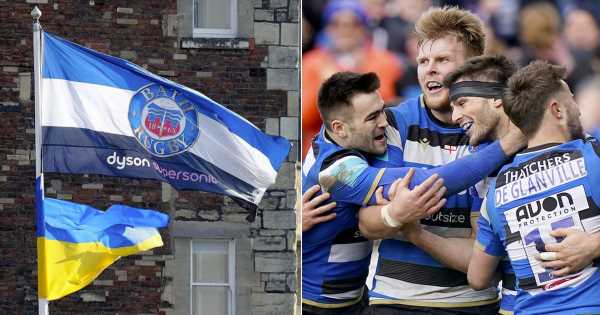 There may be 1,500 miles or so between Somerset and Kyiv, but Premiership rugby club Bath are doing their bit to aid Ukraine in their fight against Russia.

The English outfit has sounded out its fans to donate a variety of essentials in an effort to aid refugees and those displaced as a result of the war. A group of nine Bath players are set to depart The Rec on Wednesday, driving three vanloads of goods on a "2,000-plus mile round trip" to a Red Cross Centre in Poland.

Academy product Tom Ellis is one of those who will be part of the team making its way to Poland. Among those items the club has called for are blankets, sleeping bags, clothing and children's toys, with many of those forced to leave their homes living on bare essentials and desperate for donations.

“We are asking all Bath supporters to join us in bringing sleeping bags, blankets, adults and children’s clothing and toys to the Rec on Wednesday," said Ellis. "Nine of us will then drive the donations to Poland, to the people who need them most. Every single item will make a difference to somebody.”

Russia's siege of Ukraine began on February 24, with President Vladimir Putin's forces encroaching over the country's eastern, northern and southern borders. The exact death toll of Ukrainian civilians is difficult to ascertain, though it was reported on Tuesday "almost 5,000 people" are believed to have been killed in the southeastern city of Mariupol alone.

Some 3.8million Ukrainians are understood to have fled the nation for neighbouring countries. However, BBC News reported a further 6.5million people are thought to be displaced from their homes while still in Ukraine.

Delegations from both Russia and Ukraine met in the Turkish capital of Istanbul for peace talks on Tuesday, their first face-to-face encounter since March 10. Russia has 'drastically reduced' military activity around Kyiv and the northern city of Chernihiv in what many are hoping is a step toward de-escalation.

Both Premiership Rugby and the United Rugby Championship recently announced their support for Red Cross Ukraine. As part of their pledge, upcoming fixtures will feature a message of support on the big screens prior to kick-off, encouraging fans to "support the Ukraine Crisis Appeal to help those affected by the invasion of Ukraine."

Supporters have until 4.45pm on Wednesday to donate goods towards the Red Cross Poland appeal. After that time, only supporters with tickets to Wednesday's Premiership Rugby Cup clash between Bath and Worcester Warriors will be able to donate. 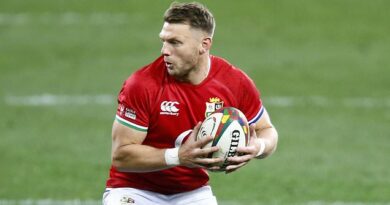 DAN BIGGAR: South Africa will come twice as hard at us next week 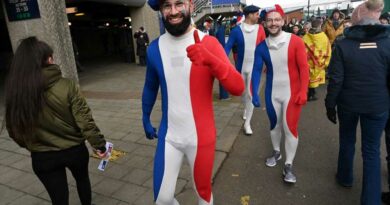