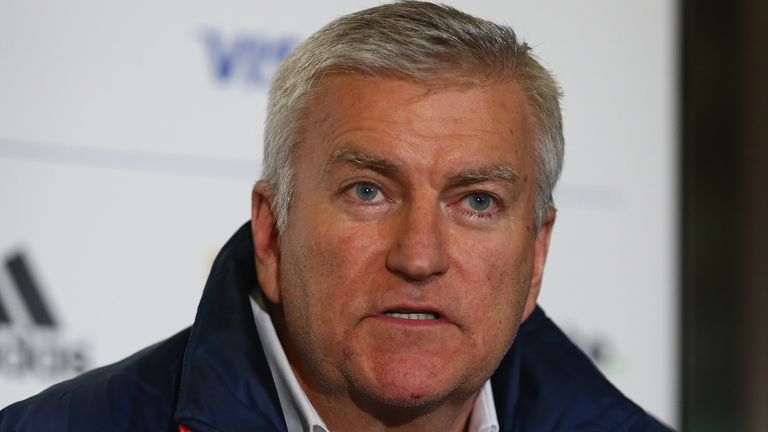 The government set aside £135m for rugby union, which was met with gratitude from Sweeney who believes the support will keep the community game alive.

However, he dismissed claims it was Tory money for Tory sports.

Sweeney told Sky Sports News: “This is being done based on factual situations around the timings of when Covid and the lockdowns have hit.

“If you look at the community game, it generates a lot of its own funding by having stadia and clubhouses open, and being able to sell tickets and hospitality. And of course, our business model is based around filling Twickenham with 82,000 people, which we haven’t been able to do.

“That’s the main reasons and recognition it’s probably hit us a bit harder than other sports.

“To say it’s for a Tory bias is nonsense really.

“I obviously can’t do it in lockdown but I spent quite a bit of time on the road for two weeks in August, going around to community clubs. I did a bunch in the north midlands and Gloucestershire before this lockdown came in.

“If you go to Matson in Gloucester, Alnwick in Northumberland, Driffield in Yorkshire or Prenton Rugby Club in one of the toughest housing estates in Birkenhead, we are not a posh Tory sport. That’s a bit of a myth that goes back a number of years.

“The community clubs are very much reflective about modern English society. Then you look at our shop window of the national team, 70 per cent of players are from state schools and 35 per cent are from ethnically diverse communities. The RFU relies on ticket sales for England matches at Twickenham as a main source of income but Sweeney doesn’t believe next year’s Six Nations should be delayed until fans can return.

He said: “I don’t think that’s likely given the composition of the sporting calendar and the fact that in this very volatile situation, how can you say with certainty that if you move it from February and March to another date, it’s going to be a better time?

“There’s some certainty around the broadcast arrangements we have in place for February and March so I think it’s more likely we’ll stick with the existing timetable.”

It was difficult to leave Hudson-Odoi out against Spurs, says Lampard

Solskjaer insists there was no 'malicious intent' from Cavani in post

JONATHAN McEVOY: F1 is gripped by mystery of how Hamilton caught Covid
We and our partners use cookies on this site to improve our service, perform analytics, personalize advertising, measure advertising performance, and remember website preferences.Ok