Rugby Australia boss Raelene Castle was digging in on Thursday amid loud calls for her resignation after settling out of court with sacked Wallaby Israel Folau for a seven-figure sum.

Castle strongly defended her handling of the matter, shooting down speculation the game agreed to shell out $8 million to settle the case and challenging other sports and businesses to tackle such a complex social and legal case with a better outcome. 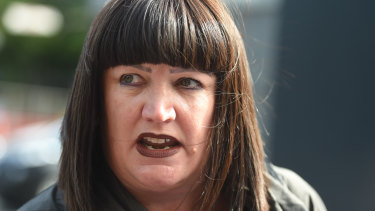 Raelene Castle is expected to remain at the helm of Rugby Australia despite calls for her to step aside.Credit:Justin McManus

Four positions including Clyne's seat at the head of the table are up for election at the annual general meeting in March and RA have recently engaged an external party to draw up a list of potential candidates to give to the nominations committee.

Current director John Wilson and former chief executive John O'Neill are two names that continue to bob up as potential replacements for Clyne.

Castle will also be under enormous pressure to deliver a solid broadcast deal to underpin the game's solvency for the next five years. A deal was due to be announced at the end of the year but ongoing negotiations with Foxtel and challenger Optus appear to have set that back at least a month.

Ultimately we had a number that we knew was more cost-effective for us to settle than it was to go to court.

Sources also confirmed that Castle had the support of the board heading into the court-ordered mediation session on Monday, which lasted 12 hours, stretched into further talks behind the scenes on Tuesday and ended with a resolution early on Wednesday afternoon.

Castle defended RA's decision to settle and said the deal was brokered with board oversight.

"This is court-ordered, the court wants you to try to settle this as an employment dispute," she said.

"We went to that mediation, it was 12 hours of mediation and didn't get completed til two days later, and ultimately we had a number that we knew was more cost-effective for us to settle than it was to go to court."

Castle said it was pointless to dwell on RA's decision last year to re-sign Folau on a four-year deal worth $1.4 million per season. The contract was negotiated with the help of then-coach Michael Cheika and contracting manager Nick Taylor, just six months after Folau put the game through a similar, albeit smaller, storm with his first anti-gay comment on Instagram in April 2018.

"I have been asked the question 'should you have not re-signed him'? Can you imagine the furore if we hadn’t resigned him," she said.

"There are lots of things that are really easy in hindsight about this. It has been really difficult for everybody involved. It has not been easy. But I keep reiterating: the main reason we are here today is Rugby Australia stood up for its values, and its values are about inclusiveness and that remains the case exactly the same today.

"I am personally really sad that we have found ourselves in this situation. My belief was that we had agreement where we could both exist: Israel could continue to play football and he could continue to be a proud man of faith and Rugby Australia could live by its values. That was absolutely where we started this new contract and that’s the agreement I believed we had but ultimately that wasn’t the case."

Castle also confirmed RA had insurance but would not say how much of the settlement amount she expected it to cover.

"That's the good thing about the settlement, it's put us in a place where we do have certainty and there won't be any money taken out of community rugby and we won't have to make any changes to the budget situation," she said.

"All I can say is we're in a better position by settling than by going through court."

England star Vunipola ready to change his ways after lockdown 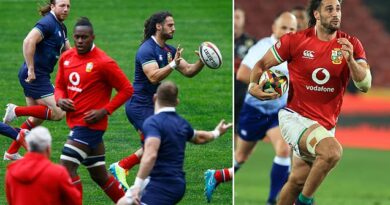