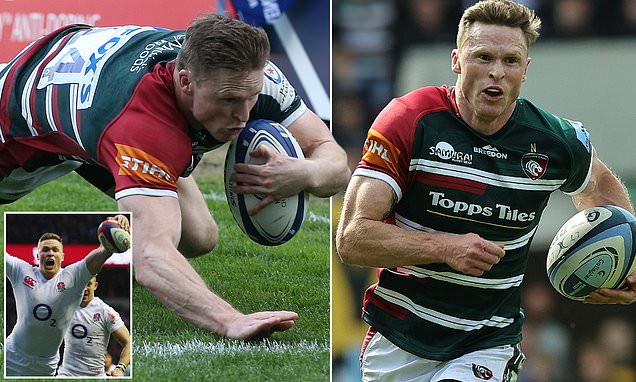 Leicester Tigers’ Chris Ashton is now the Premiership’s all-time top try scorer but the former England wing is showing no signs of slowing down at 35… as he insists he ‘wants more, more, more’ and claims he’ll ‘get as many tries as he can’

Chris Ashton might be 35 and now the top try scorer in the history of the Gallagher Premiership, but the veteran former England wing insists he still has plenty of miles left in the tank.

After a weekend in which Johnny Sexton and Sergio Parisse – 36 and 38 respectively – excelled on the big European stage, Ashton is further proof that rugby’s golden oldies are still thriving.

His return to English rugby with Leicester after months on the sidelines following an acrimonious departure from Worcester couldn’t have gone much better. 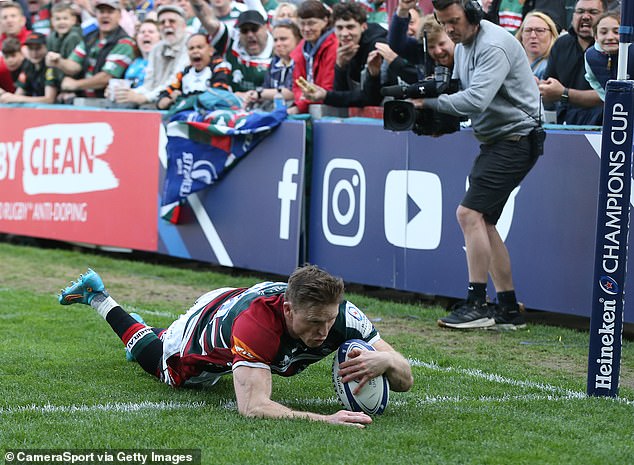 Ashton joined the Tigers in February and has impressed sufficiently to earn a new contract after moving to a total of 95 Premiership tries with a 24-minute hat-trick against Bristol last month.

‘I will play for as long as I can,’ Ashton said. ‘When you’ve been in a position where rugby has been taken from you, you’re even more grateful for when the opportunity comes back round again.

‘I am really happy to get it (the Premiership try record) because I love scoring tries. The feeling is no different now from when I was five. I am happy, but never satisfied unfortunately.

‘That is a problem I have. You always want more, more, more. I’m going to keep on going and get as many tries as I can.’

Now at his sixth Premiership club, Ashton’s appetite for crossing the try line remains as big as ever as he approaches the end of his career.

He could yet end the season with a third Premiership title with Leicester top of the pile and having guaranteed a home play-off with two rounds of the regular season to go.

‘Sometimes it was hard to find motivation,’ Ashton said of his time away from rugby after he left Worcester with immediate effect last December.

‘I was still training every day on my own and hoping for a door to be opened. Thankfully it did. I was at home for three months which is a long time to be thinking it’s all over.

‘I just knew I still had something to offer and I was desperate to get back out there. Not being able to go out there and have that desire to win was driving my wife mental. 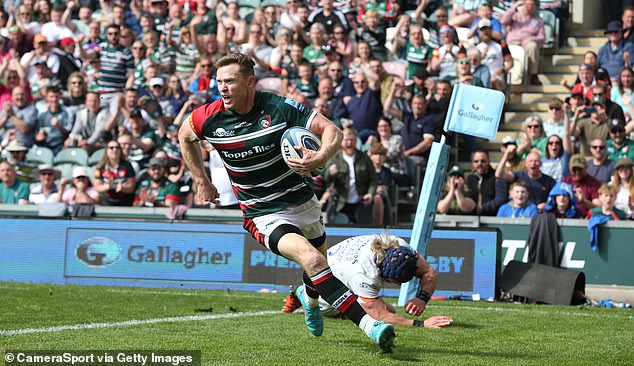 ‘I tried to tackle her in the kitchen a few times to try and get a bit of the eagerness out! Going back to being at home is not a situation I want to be in. I need this environment.’

Ashton scored 20 tries in 44 Tests for England and his prolific form has followed him everywhere he has gone in his club career.

‘I’m happy and in a place where I feel comfortable,’ he said of his decision to join Leicester after previous spells with Northampton, Saracens, Toulon, Sale, Harlequins and Worcester. 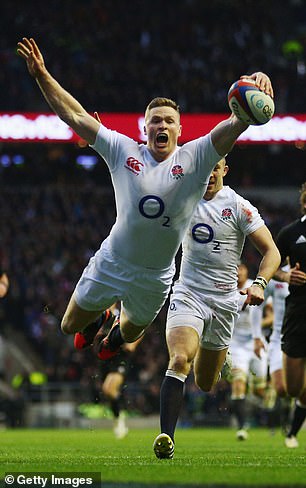 ‘One of the reasons Steve Borthwick brought me here was what he saw at Saracens is what he wants from the people here. Any player wants to prove people wrong.

‘I had to be accepted by the Leicester players and fans at a club where I don’t think anybody could have seen me playing. I had a lot to prove to earn the respect of the players.

‘I’ve probably learned along the way that you have to make mistakes to get better.’

Ashton, like Sexton and Parisse, isn’t done yet and is planning on ending the current campaign with silverware. But he admits to a future interest in coaching when he does hang up his boots.

‘I definitely think the rugby environment is the one for me. I don’t think doing a nine to five office job is going to suit any time soon,’ Ashton said.

‘I’d like to help wingers and back three players find a way to become better finishers. It’s something I’ve loved doing and I’d like to pass that on.’

Ashton is already doing that to the next generation of talent at Leicester but on current form he is far from finished himself.

One of the Premiership’s true greats shows no signs of stopping just yet.

The necessary cost-cutting taking place in the Gallagher Premiership claimed another victim on Wednesday when Harlequins lost the services of Scotland international Huw Jones.

All 13 Premiership teams are balancing their books after the reduction of the division’s salary cap but the departure of Jones from defending champions Quins still came as a shock.

Jones has impressed at both centre and in the unusual position of full-back this season but Tabai Matson’s men have been unable to keep hold of the 28-year-old who is returning to former club Glasgow. 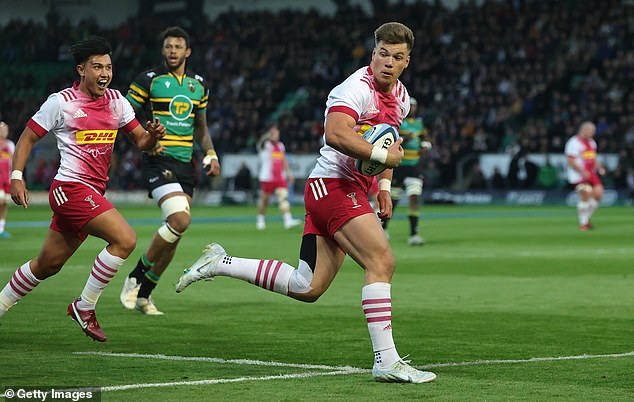 Just what IS going wrong for England under Eddie Jones? 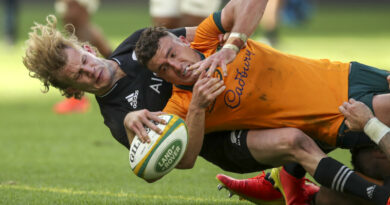 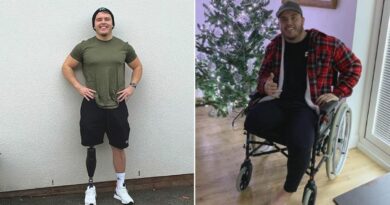