CHRIS FOY: What a ride it has been for England under Eddie Jones. Often glorious, eventually frustrating and baffling and declining, but never, EVER dull

Now the lights have gone out, Eddie Jones will be left with a deep sense of regret about being unable to complete his epic England mission. So near became so far.

What a ride it has been. Often glorious, eventually frustrating and baffling and declining, but never, ever dull. Jones is set to be sacked after almost exactly seven years in one of rugby’s hottest seats, having turned England back into a thunderous juggernaut, before running out of road.

Where to start? At the end. This had to happen, but the timing is far from ideal. No organisation can claim that any best-laid plans include a total overhaul nine months out from the biggest tournament in the sport — and barely two months before another important Six Nations campaign. 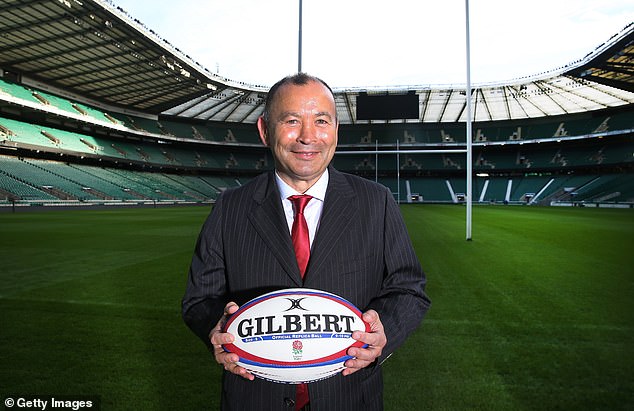 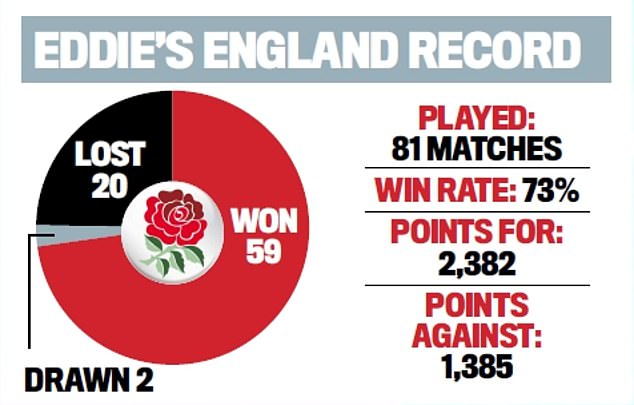 Many will say the RFU should have acted sooner and that is what the results would suggest, but they wanted to believe in Jones and his conviction that he could win them the ultimate prize.

That’s the thing about him; the Australian was, is and always will be a powerful and persuasive character. Right up until he reached the precipice, he was adamant that he knew how to solve myriad problems which had hampered his team and how to drive England towards their global objective. But the evidence kept undermining his once-indisputable arguments.

Ultimately, there was no escaping the facts for ever. They appear to have caught up with Jones at last. England could only win five of their 12 Tests in 2022. Their last two Six Nations campaigns have returned four victories in 10 matches. They have become also-rans in Europe’s annual showpiece, which caused glaring doubts about what they could achieve next autumn in France. 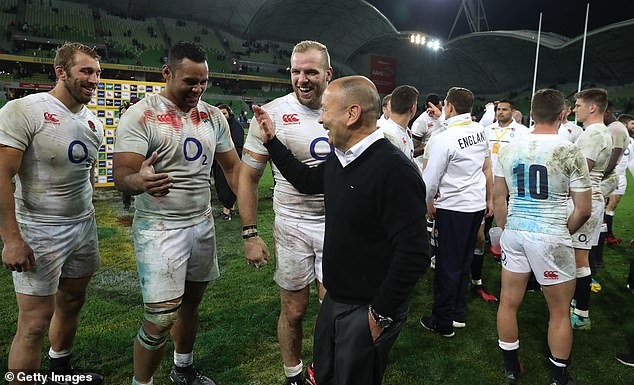 A series success in Australia in July briefly eased the pressure, but it ultimately served to paper over so many cracks. England prevailed Down Under with spirit and fight and sheer grafting determination, but without the flourishes to suggest that they were truly building another shiny edifice.

What happened last month was further proof that progress was still elusive for Jones. He was steadfast in supporting the 10-12 axis of Marcus Smith and Owen Farrell against a backdrop of external doubt, but elsewhere the selection wheel kept spinning.

England didn’t seem to have established a preferred line-up or a coherent masterplan. They lost to Argentina, thrashed Japan, snatched a draw against the All Blacks with a late rally, then collapsed against South Africa.

That final setback was the last straw for the RFU hierarchy, whose support for their head coach turned to dust in the face of a rare outpouring of unrest from the Twickenham stands. To hear the loyal hordes booing their team off the field after watching the weakened Boks win 27-13 hit home with the blazers in the posh seats. 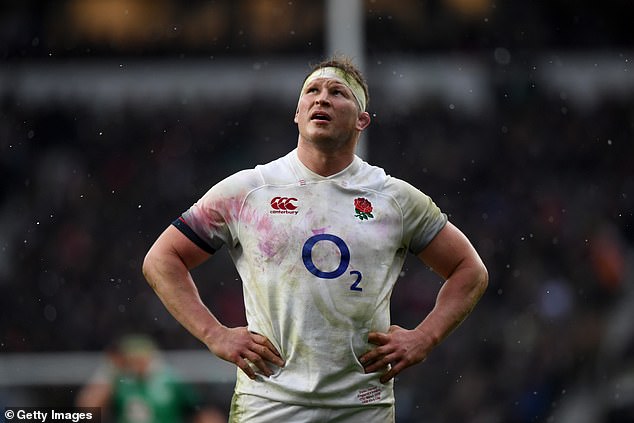 So, they have acted after running out of patience. In doing so, they have finally taken a stand against the official Red Rose party line that it will be alright on the night — the night being when the World Cup comes around.

Steve Borthwick is going to have an almighty job on his hands. England need clarity and a sense of direction and the clock is ticking. They are crying out for selection stability, set-piece stability, attacking fluency and a freedom in their play, which has been painfully lacking of late. The salvage operation is a daunting one and time will tell whether the former Red Rose captain is up to it.

While England have stalled since 2019, Borthwick still has a tough act to follow. When Jones took over from Stuart Lancaster, he immediately oversaw a record run of 18 straight Test wins. He won a Grand Slam at the first attempt and he guided the national team to an unprecedented series whitewash in Australia. There was a new mood of purpose and intent and confidence. The new head coach made England more assertive and they were unstoppable. 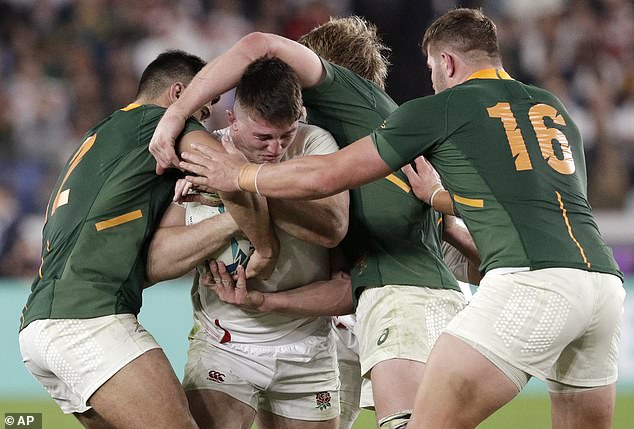 Of course, eventually they did stop winning every game. The return to earth began in Dublin at the end of the 2017 Six Nations and then 2018 was the year when the regime ran into trouble. England lost six matches in a row — including a non-cap clash against the Barbarians at Twickenham — and, for the first time, Jones found himself under pressure.

That time, he turned the tide. A revamp of his coaching staff paid off as John Mitchell and Scott Wisemantel brought new ideas and impetus. England were also buoyed by the emergence of Tom Curry and Sam Underhill — and the so-called ‘Kamikaze Kids’ were instrumental in their run to the World Cup final in 2019. It ended in tears in Yokohama and, ultimately, that would prove the last great peak of Jones’s tenure. 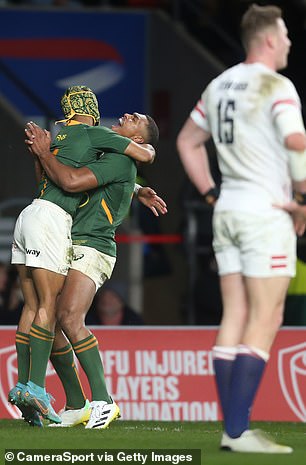 While the coaching changes in 2018 had a revitalising impact, there have been too many along the way. It has become known as the ‘churn’ of the Jones regime; with coaches and staff coming and going with worrying frequency.

They have often struggled with the intensity of the workaholic figurehead. The same could be said of many players who have found the England environment fierce and joyless, although the trusted core have been loyal to the last.

Those such as Ellis Genge, Maro Itoje, Courtney Lawes and Kyle Sinckler have cause to salute the man who ignited their international careers. But many others have been sacrificed harshly and hurriedly — and not always for reasons which stood up to close scrutiny. Jones has always been single-minded in ignoring any outside clamour for or against certain players or tactics.

At least he can say he stayed true to what he believed, and his overall record measures up to anyone else who has taken on what is arguably the biggest job in rugby. But the early momentum could not be maintained. England’s struggle for results and identity could no longer be tolerated 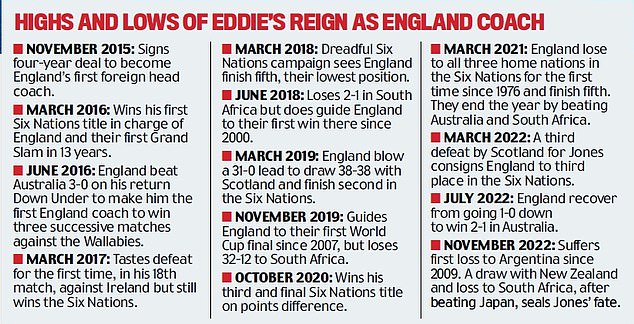 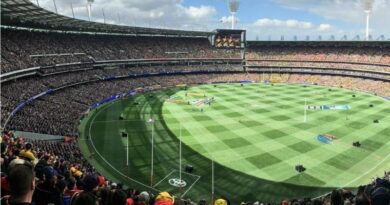 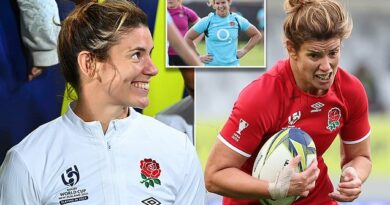 England vs Italy team news: Joe Marchant starts despite being left out of Rugby World Cup squad with Slade and Joseph injured