Christian Wade has admitted he has a “huge mountain” to climb to make it in the NFL.

After a week of silence he confirmed yesterday that he is to join the NFL’s Player Pathway programme and follow in the cleat marks of former rugby duo Alex Gray and Christian Scotland-Williamson.

Wade, 27, said: “It’s been a very difficult decision for me, giving up my career in rugby. Wasps have been so incredible to me, they’ve looked after me from the age of 16 all the way up to now and the fans have been great.

“But I’ve now got the opportunity to go into the Player Pathway programme like you’ve seen some of the other guys do.”

Wade, at Wembley to see Philadelphia beat Jacksonville 24-18 in the last of this year’s International Series’ fixtures, told Sky Sports: “It’s something that I don’t take lightly.

“I’m going to be starting my training regime literally next week and it’s a huge mountain to climb.

“There’s so much to learn in such a small space of time but for me I’ve always been someone who’s always given it 100 per cent and my aim is to give it the best I can and hopefully I can try and compete with these guys in the NFL.

“There’s some phenomenal athletes but I believe in my skills and hopefully I’m good enough.”

HARTLEY: England boys can be super heroes if they stick to the plan 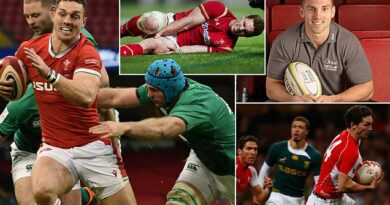 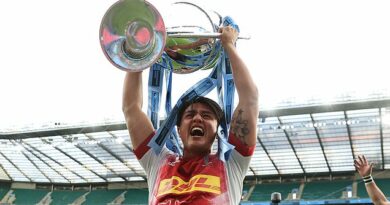 SIR CLIVE WOODARD: Smith has X factor and MUST start for England