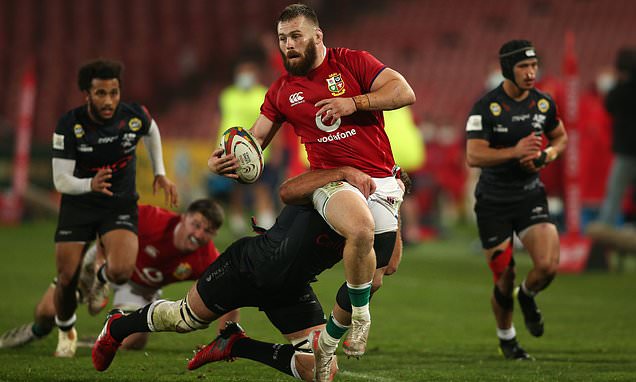 Lions star Luke Cowan-Dickie admits ‘you’ve got to be a bit weird’ to play front row… but insists rugby career is no hard graft compared to his Cornwall roots of nine-day fishing hauls, three hours sleep and ‘messy’ nights on Cornish cider!

When Warren Gatland was asked which of his Lions players he was most looking forward to having a beer with, he did not hesitate about his answer: ‘It’s gotta be Luke Cowan-Dickie’.

The 28-year-old hooker has family fishing roots in Cornwall where, as a teenager, he went out on a nine-day haul in the English Channel. Scrumpy was the order of the day.

‘It wasn’t too bad on the deck but you’d only get three or four hours kip,’ he recalled. ‘After four or five days, you were shattered. Dover sole was the main fish we caught. We would split all the Dover sole up and put it into boxes and then we’d have all the other fish, like plaice. 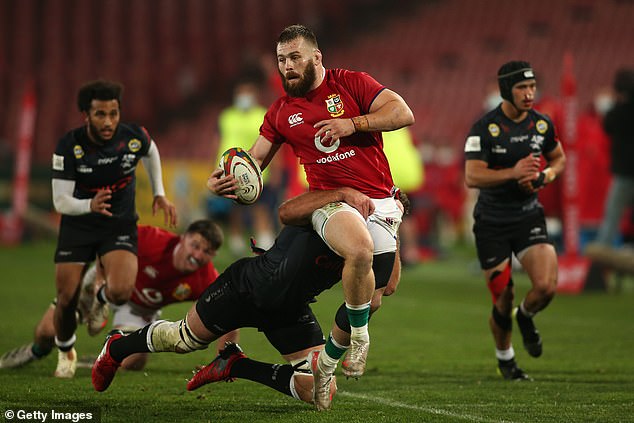 ‘Ours was a smaller boat so the only dodgy bit was when we emptied all the fish on to the deck. You had to go inside the net to get out all the fish, which was hard if it was choppy. If the boat was swaying around you had to be careful — you could get knocked over the side.’

It is safe to say Cowan-Dickie preferred the knees-up back on dry land. The locals share stories about their biggest catch — often at the rough and ready Swordfish Inn in Newlyn Harbour that is now owned by Jack Nowell — and Cowan-Dickie has plenty of tales to tell.

‘There were a few little stories before I grew up a bit,’ he laughed. ‘There weren’t too many places to go so it sometimes got a bit messy! I’m not sure they would let me take Cornish cider across the borders. The cider down there — you don’t really know if it’s legal! It puts hair on your chest. One pint would get you going.’ 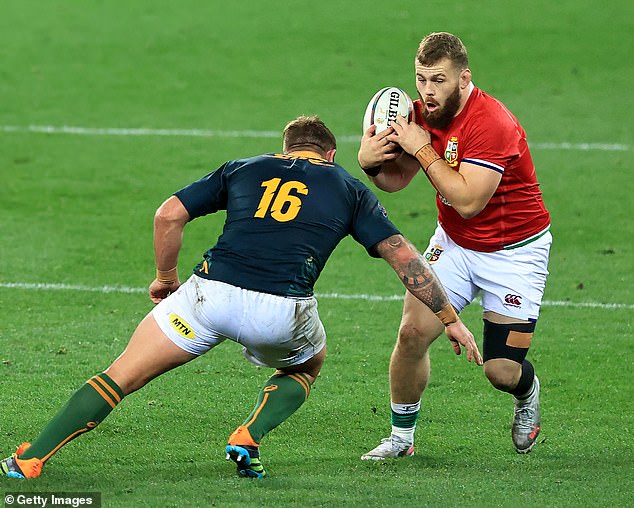 The hooker, though, insists his rugby career is much easier compared with his fishing roots

Nowadays, Cowan-Dickie has a baby son, Arlo, so nights down at the local fishermen’s bars are a thing of the past. Rugby has been a primary focus and, after all his trophy success with Exeter Chiefs, he is now in the mix to make the Lions Test squad next week.

‘I look back at it all now and it was a good experience to say I’ve not just done rugby,’ said Cowan-Dickie. ‘My old man has been fishing since he was 15 or 16 and I don’t think I’d be able to manage that.

With rugby, you’re doing something you love every day so it’s actually quite an easy life, even if the games are tough. It would have been hard to go fishing each morning, I will say that. They might dock up for one day out of like 20 or 30 days, so it is a big slog.’

However, Cowan-Dickie is no stranger to hard graft on the pitch. He is one of the most abrasive players in Gatland’s squad. The fisherman roots have no doubt helped. 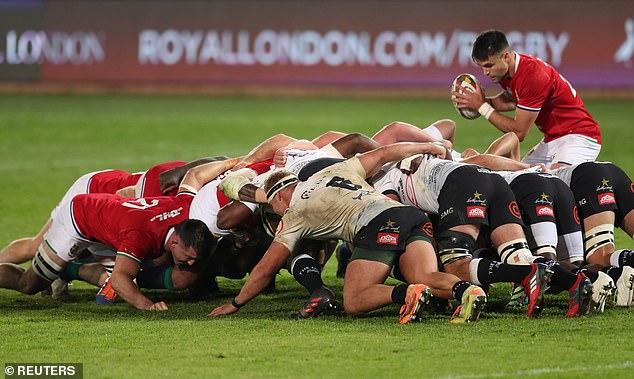 ‘At Exeter, we’re well into our hard work and our graft and we normally call it “no talent”,’ said Cowan-Dickie. ‘Kick chases and things like that. It might have contributed a little bit — just to the no-nonsense stuff, potentially.

‘I love a scrum. Love it. Head on head with 1,000 kilos coming on to you. Sometimes it’s like going into a cow’s field, putting your arms behind your back and falling on your face! It is dangerous but it’s part of the game and it’s part of the game we love. You’ve got to be a bit weird to play in the front row.’

South Africa will provide the ultimate scrummaging test. Cowan-Dickie felt the force of the Springbok scrum during England’s World Cup final defeat in 2019 and knows what to expect. 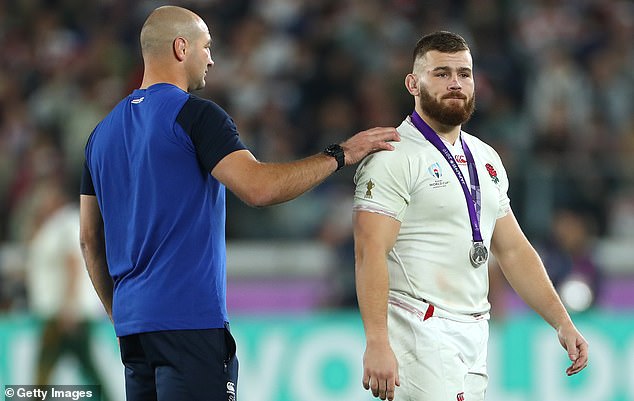 ‘They’re all massive — even our Saffas at Exeter are massive,’ he said, speaking before he set off on the tour.

‘I don’t know if they got their mother’s milk when they’re born! I think they just eat steaks — they’re huge. Dave Ewers has hands the size of my head!

‘I like playing bigger teams. When there’s a lot of talk about how dominant they are, I think it’s just a challenge.

‘It gives you that extra bit of fight to match it or better it. I’m always going against bigger sides — I love it, to be honest with you.’