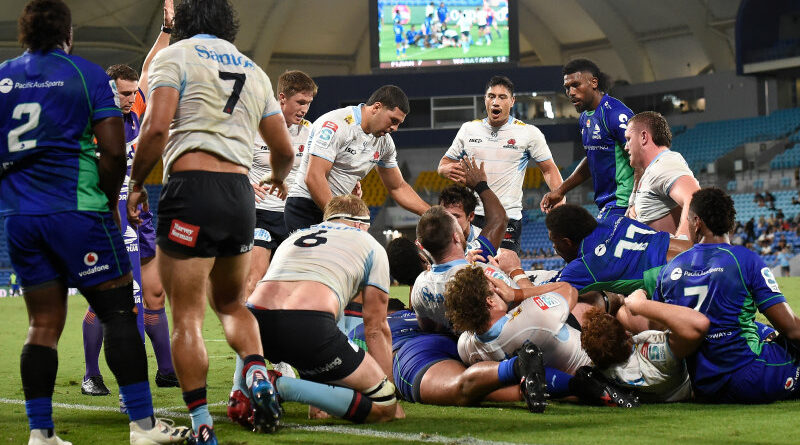 A new front seemingly has been opened in World Rugby’s offensive to make the game safer and while any escalation should be viewed with great scepticism, it may well be that global administrators are finally hitting the right buttons.

A driving maul try by Moana Pasifika against the Blues was disallowed because of obstruction while a Charlie Gamble maul try for NSW against the Fijian Drua was sent upstairs to the TMO before it was finally cleared. There can’t have been much in it, however, because lock Jed Holloway and prop Angus Bell came very close to shielding the ball-carrier.

Teams have been obstructing in the driving maul since Martin Johnson was in short pants. Officials should have moved against them long ago but, sadly, they haven’t.

Referees who punctiliously whistle a penalty whenever a player moves a smidgen out of his line to protect a teammate under the high ball routinely ignore the two lineout lifters who, while bringing the catcher safely back to earth, take the opportunity to move into position ahead of the ball to ensure the opposition can’t get at it. That’s obstruction pure and simple.

“It is harder to defend the way it is being refereed,” said London Irish director of rugby Declan Kidney, responding to revelations that driving maul tries have risen to 11.2 percent of all tries in the English Premiership compared to just 6.5 percent in 2017-18.

I have been a ferocious critic of the driving maul for the best part of this century, and it may well be I am grasping at straws in highlighting these two disallowed tries. But refereeing sources have assured me it was no accident that the crackdown is occurring now, just as WR is intensifying its global campaign to reduce the incidence of concussion in the game. 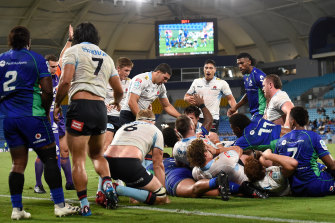 Jed Holloway scores for the Waratahs against Fijian Drua last week in a match where the Tahs’ rolling maul did plenty of damage.Credit:Getty

If WR is even viewing the 50/22 kick and the goal-line dropout as ultimately about player safety, as its chief executive Alan Gilpin assured us this week, then it logically flows that the driving maul must also be seen through this prism. Regrettably, the driving maul is here to stay and the very least that can be done to even up the contest is to ensure it is refereed entirely within the laws.

When a driving maul infringement takes place, the man with the whistle should blow it up immediately. That would save time and an enormous amount of energy. A refereeing source, however, assured me that it frequently is difficult to make a definitive call while the maul is in motion. Best to let the TMO sort it out. This is what happened with the Tahs and Moana Pasifika.

Still, that brings me to another bugbear with the game – the amount of time the ball is under “advantage” to an attacking team only for play to be called back, frequently after a minute or more has elapsed, to give that side a penalty.

There were almost 50 penalties awarded across the two Australian-based Super Rugby matches on the weekend: 22 in the Reds/Brumbies clash and 25 in the Waratahs match. That means a penalty every 3.2 minutes. And let’s generously assign a ball-in-play figure of 40 minutes per match. That works out at a penalty every 96 seconds while the ball is up for grabs. Remember, too, that while one team is under advantage, the other cannot score. Is it any wonder teams attack conservatively in general play, saving the razzle-dazzle for whenever they are under advantage and, as Stan’s Sean Maloney eloquently puts it, playing with house money? 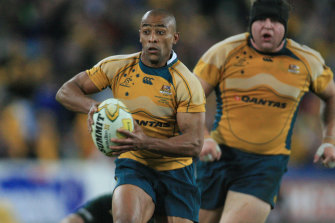 Legendary former Wallabies playmaker George Gregan always ensured his side got their dues from the referee.Credit:Tim Clayton

Remember when George Gregan would deliberately knock on to ensure his team received a penalty that had been signalled. Why? Because he was afraid the referee would signal “advantage over” if the Brumbies or the Wallabies didn’t quickly put their house money on a winner.

These days, however, referees will regularly allow play to continue until the next stoppage and only then backtrack to award the penalty. Referee Angus Gardner at times retreated 40m up the field on Saturday night to award the Reds or the Brumbies a retrospective penalty. Yet did that 40m not constitute an advantage to the attacking team?

Think, too, how many times a penalty is signalled to the side clearing the ball from a scrum, simply because one of the opposition props had gone down. Rugby is supposed to be a contest for the ball yet, insidiously, with about half the game being played with one team under advantage, the contest is the one element needlessly being downgraded.

One last bugbear. Let me join with fellow columnist Paul Cully in urging Taniela Tupou to remove the silly nonsense from his game.

Tupou truly has the capacity to become one of the global faces of the game. And what a happy face he possesses!

He doesn’t need to be sticking out a leg, even playfully, to trip an opposition player. Nor does he need to be directing the assistant referee where to raise his flag whenever the ball goes into touch. Nor should he be superseding his captain by signalling a scrum whenever a penalty is called favouring his side.

Rugby in Australia is going through a rough spell at present but with the men’s and women’s World Cups soon to be announced, that is all about to change. Meanwhile, it doesn’t need smart-arse play.