Home » Rugby Union » Des Berry: 'Will Addison primed to stake his claim, but there is a reason he wasn't capped by England'

Hold all those galloping horses when it comes to Will Addison.

The Ulster centre is far from the finished article in the eyes of Joe Schmidt.

When the northern province confirmed the capture of Addison in March this year, it was met with excitement by those who had seen his work.

The same refrain rang out about his Sale Sharks teammate Mike Haley, the month before, when the full-back was signed by the equally in-need Munster.

These chess moves for Ireland-qualified talent were made with Schmidt planning many manoeuvres ahead.

Since 2015, the Ireland coach has left no player unturned in order to build the sort of depth that can withstand an injury crisis to almost all of the central figures in his squad.

The emergence of Joey Carbery at out-half and Luke McGrath and John Cooney at nine have been a cause for greater confidence.

But, you can never have enough good men when chasing history.

Schmidt even invited Addison to join the Ireland squad in Australia, when the 26-year-old was in Melbourne visiting his sister, just to have a look.

In August, Addison and Haley were invited to Carton House for a short summer camp.

“There’s a lot of guys on the radar because we tend to have new guys every single season,” said Schmidt.

“The proof is in the pudding of looking back in the last three years.

“With it being a year leading into a World Cup and the number of players who have been capped in the last three years, there’s probably less scope for it, but there’s certainly scope.”

When Schmidt announced his 42-man Ireland squad last week, Addison was in while Haley was out.

The centre, wing or full-back is versatile and highly-skilled with deceptive footwork and a sympathetic offloading game.

The latest evidence came from six carries against Dragons which included 51 metres-made, one clean break and four defenders beaten. It all sounds so good, so far.

There is a reason why Addison and Haley were not capped by England.

They have shortcomings and, on limited exposure, Addison’s look to be based around defence.

In that same Dragons game, he gave the ball away once and missed two of seven tackles.

More than that, it was where the misses came, close to his line, and how easily he was beaten.

Bear in mind, the Cumbrian has been working with Jared Payne, a defensive master, this season.

The rugby world is full of talented men – look at Brendan Macken – who never quite reach the standards in defence that they can in attack.

This is where Schmidt and Ireland defence coach Andy Farrell can work their magic.

The fact Garry Ringrose is at home and Robbie Henshaw taken to Chicago looks like good news for Addison.

This looks like the perfect time and opportunity to see how far Addison has to go. 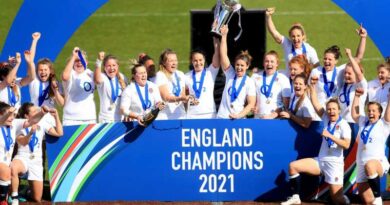 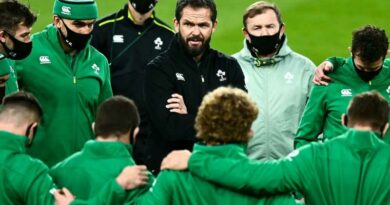