The Waratahs are remaining realistic about their early-season form and warn they have plenty of improvement in the tank ahead of a match-up with a desperate ACT Brumbies side which won’t feature David Pocock.

Wins over the Sunwolves and Queensland Reds in recent weeks have kick-started the Waratahs’ season after their missed opportunity in round one against the Hurricanes when they fell short by a point at Brookvale Oval. 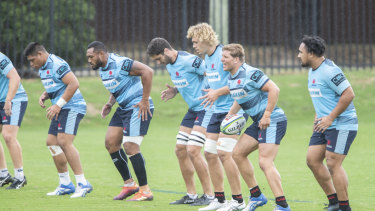 Waratahs players getting their work done at training ahead of an important clash against the Brumbies in Canberra. Credit:Louie Douvis

A win that evening would put the Waratahs on top of the Australian conference and it may come back to haunt them during the latter stages of the season.

However, if NSW continue to knock off their Australian rivals – as they have done in six of their last seven attempts – that won’t matter.

Winning has not always been a habit for the Waratahs in recent times but grinding out victories when execution is below-par is a hallmark of the most successful teams in Super Rugby.

In an ideal world, the Waratahs’ attack would be perfectly in sync and their defence impenetrable but coach Daryl Gibson concedes early-season rust is still a factor despite back-to-back wins.

“We are three games in and have so much growth left in us,” Gibson said. “As much as we have had two wins and a very close loss, we still feel like we are not where we want to be. We have plenty left in us, particularly in our attack and really getting all the skill sets we have in our team performing.

“We want to get our hands back on the ball and really start to build pressure and be patient when we do we have it.”

There is a silver lining for the Waratahs when they travel to Canberra to face the Brumbies, who have lost three of their four fixtures this season.

While Sydney is set to soak on Thursday and Friday, a dry track is expected at GIO Stadium, which plays into the Waratahs’ hands given their Wallaby-laden back line.

Gibson has made one change to his starting XV, with Alex Newsome replacing Curtis Rona on the wing in a decision based on rotation rather than form.

Newsome scored an important try in the 28-17 win over the Reds at the SCG and echoed Gibson’s view that there had been a lack of cohesion in attack. 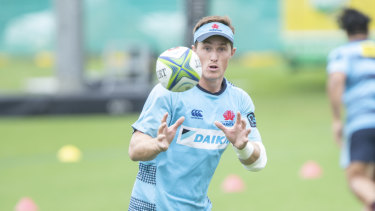 Alex Newsome will start on the wing in place of Curtis Rona against the Brumbies. Credit:Louie Douvis

“A few of the guys coming late back into the program from the Wallabies [might be a factor],” Newsome said. “It takes a few games to get that cohesiveness back with our ball plays and everything. You saw last year it took us a while before we got that attacking flair down pat.

Nick Phipps’ return on the bench and back-rower Will Miller’s omission through injury was far from the biggest team news on Wednesday. 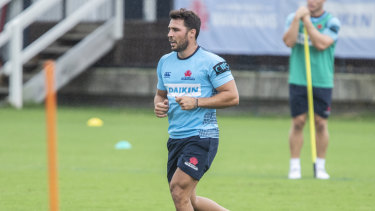 Halfback Nick Phipps is back in the Waratahs team for the first time this season. Credit:Louie Douvis

Brumbies coach Dan McKellar confirmed his side’s biggest workhorse, Pocock, would miss the match with a calf injury in news that would have the Waratahs fist-pumping behind closed doors.

The always-intriguing match-up between No.7s Hooper and Pocock will have to wait until a potential showdown in the penultimate round of the season in early June at Parramatta's Bankwest Stadium.

“It denies the real opportunity to have that Hooper-Pocock contest and that’s something that both players would really want,” Gibson said.

NSW triumphed in Canberra last year 24-17 but the Brumbies responded with a 40-31 victory in Sydney in the final round to record their fourth win in five attempts against the lads in sky blue.

Gibson is tipping the Brumbies to come out with ferocious intent in what is a must-win game for the home side.

“Most teams when they play at home have that desperation and want to defend their fortress,” Gibson said. “It is always going to be very difficult in terms of the fight that’s going to be in the game. We are expecting a very close encounter.”

‘Don’t call them All Blacks’: The formula for beating that other mob 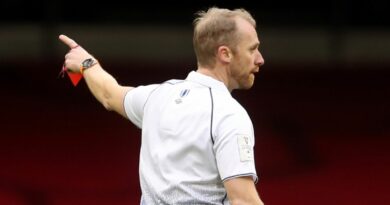