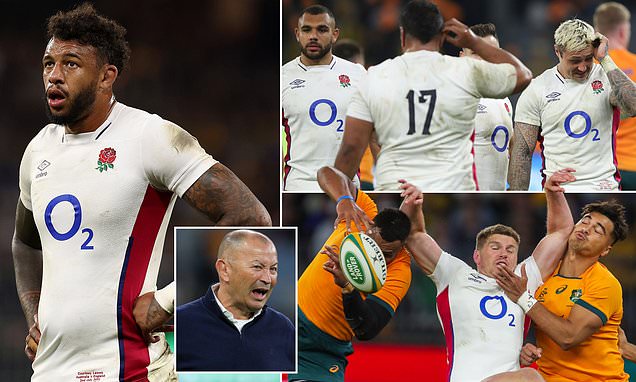 SIR CLIVE WOODWARD: England’s continued downward spiral since the zenith of 2019 is a concern to anyone who cares for English rugby… Eddie Jones’ inability to get selection right is costing his side dear

England have been on a downward spiral since the 2019 World Cup final and defeat by a 14-man Australia side in Perth did nothing to change that. That fact is clear to anyone who has a real passion for English rugby.

The No1 skill you need as an international rugby coach is selection. Eddie Jones has changed a lot since walking into the England job. Selection was never his strength, but now his lack of understanding around this most important element of the England job is costing the team big time.

Eddie is simply not picking the right team based on the game he needs to play to win at the top level. The game continues to move on but he has not. Eddie reverted to type. He picked a powerful team to hammer Australia and put his trust in his go-to players. 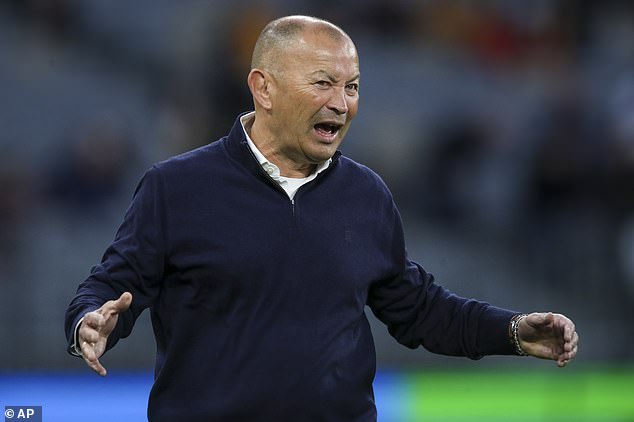 There is just not enough pace in this England side, which is highlighted by Owen Farrell and Courtney Lawes. Both should be in the starting team but at fly-half and second row respectively. Doing that would allow for players with the extra pace England are lacking.

People will be talking about Henry Arundell’s brilliant late try. As good as Arundell’s score was, it must not take away from the fact England were well beaten. Before Arundell and Jack van Poortvliet crossed right at the death, England were losing 30-14 in the 78th minute against an Australia team who played 46 minutes with 14 men.

The game was dead and buried, Australia had the game won. That was a true reflection of the match and how poor England were, not the final score of 30-28. 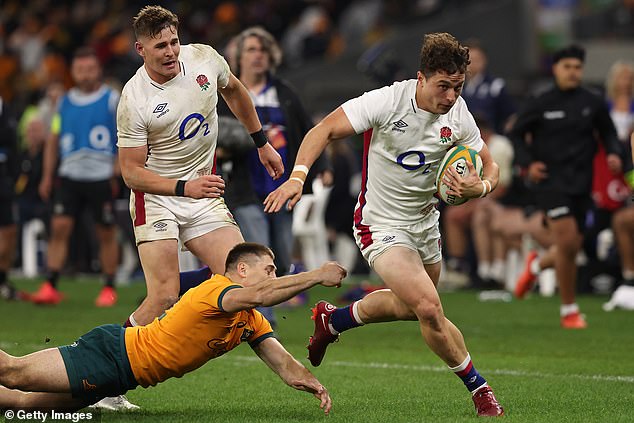 I had thought England would be good enough to win by five or six points and they should have done just that had they played well.

I must stress that was not me agreeing with selection, it was just looking at both teams. But this England side are just not quick enough. Playing a mercurial fly-half such as Marcus Smith only works if you have the game plan and players around him to match. If you pick him, back him all the way.

Losing a fourth straight game and suffering a first defeat by Australia since 2015 is bad but just as disappointing is the England selection and the way we are playing now. 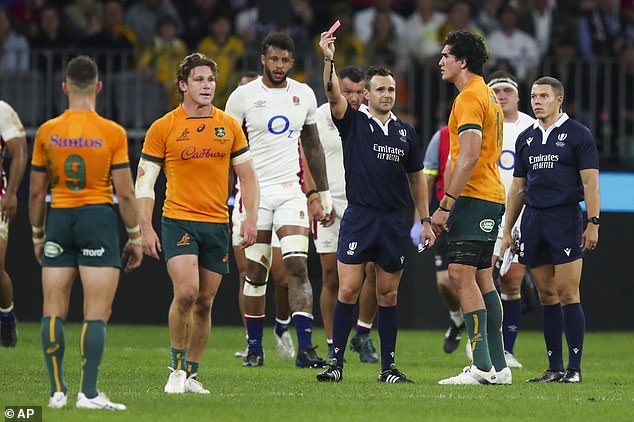 I wrote before this series that we need to find out if Smith and Farrell can play together in midfield. We saw nothing of their partnership bearing fruit in Perth. In the first half Farrell once sent Tom Curry through a gap but it was an isolated incident. Smith and Farrell swapped places at first receiver but the attack did not fire, mainly due to the lack of pace outside them. By contrast, Australia’s backs scored an excellent try through Jordan Petaia, even with a numerical deficit. England then fell away when under pressure. England’s only real threat until the game was already lost was the rolling maul.

It is going to be tough for them now. Eddie faces a difficult week but there is no one at Twickenham questioning him on selection, particularly with the key people at the RFU keeping their fingers crossed and their heads well and truly below the parapet.

England’s forwards did OK. Their physicality was good. But I was disappointed with the breakdown. Ball retention was not good enough and too often possession was given away too easily. When the contact area is messy, it does not help your attack. 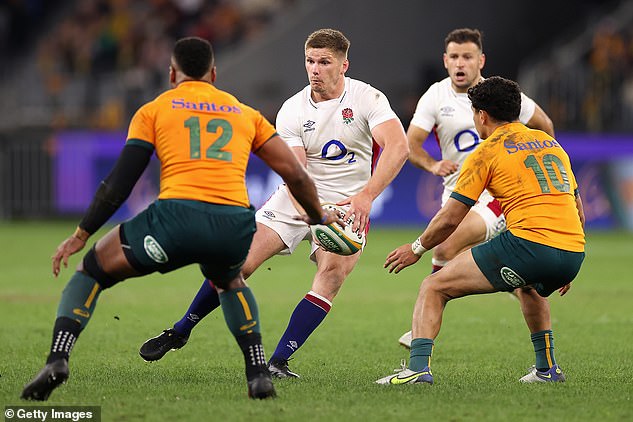 But England still had plenty of ball and as usual against Australia, there was room to play, especially when the hosts were a man short. They just didn’t use it. There was no threat from England behind the scrum.

Farrell stepping in at first receiver and Smith running out the back looked pretty, but it didn’t achieve anything. I didn’t see anything of Joe Marchant in the whole game. England looked short of both pace and X-factor players at 11, 12, 13 and 14 and that was the difference between the sides.

Arundell scored a fantastic try. So why is he not starting, or at least coming on much sooner when England needed to stretch Australia? 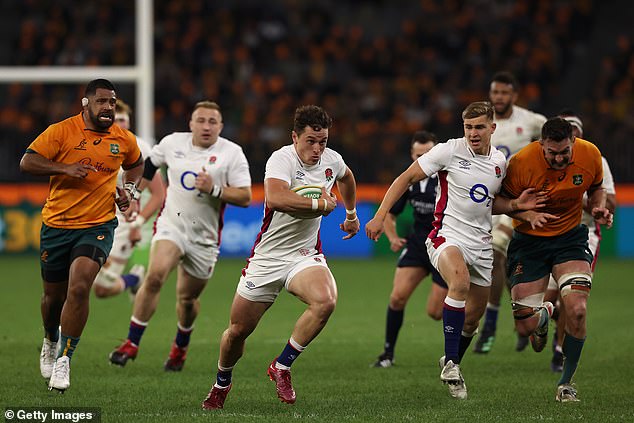 England have players like Adam Radwan available but he is not even on the tour. England do have players with pace, but Jones doesn’t use them.

Ireland were eventually blown away by New Zealand in Auckland yesterday, but the speed of ball both sides produced was on a different level to England.

In many ways, England were lucky Samu Kerevi kept kicking the ball away in the first half. It made me laugh that this is the player who publicly said Eddie has been helping him!

When he decided to start running and looked to attack, momentum swung in Australia’s favour. England just didn’t have an answer.

England will also cop it in Australia for Jonny Hill pulling Darcy Swain’s hair. Swain deserved his red card for headbutting Hill. But, equally, there is also no place for pulling hair and Hill let himself down. He was yellow-carded but may be cited and banned, which I would support. 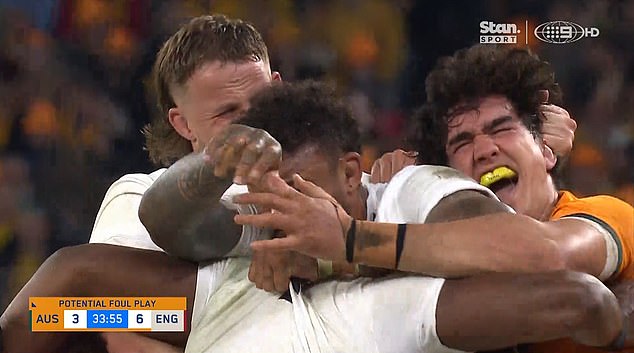 There is also no place for what Maro Itoje did when screaming at a line-out to try and put off the Australian thrower. England have so many questions to answer now. Arundell showed he is good enough to start by beating three defenders to score with his first touch in international rugby but we cannot put England’s hopes of a revival on a 19-year-old.

If he starts next week, Australia will target him from the start. The same goes for Van Poortvliet. England may have shown their best hand in the last two minutes.

The Wallabies will be tough to crack now. But, taking nothing away from a spirited backs-to-the wall victory and a great 15 minutes at the end, Australia were not that good. Even with 15 men on the field they lacked direction.

Quade Cooper pulled out before kick-off, Tom Banks and Allan Ala’alatoa suffered nasty injuries and they lost Swain to a red card.

Yet still they were too good for England, who have lost back-to-back games against 14 men. This was not just a bad day at the office for England, it was two-and-a-half years in the making. 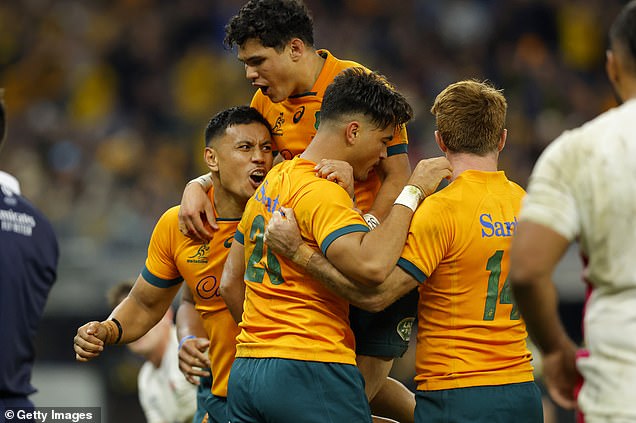 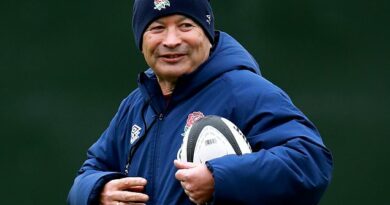 Brumby Tales: The little girl who saved Fifita from ‘the dark side’ 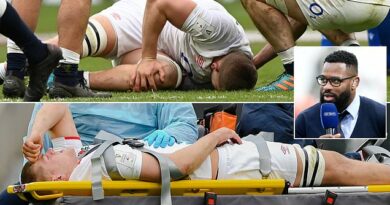