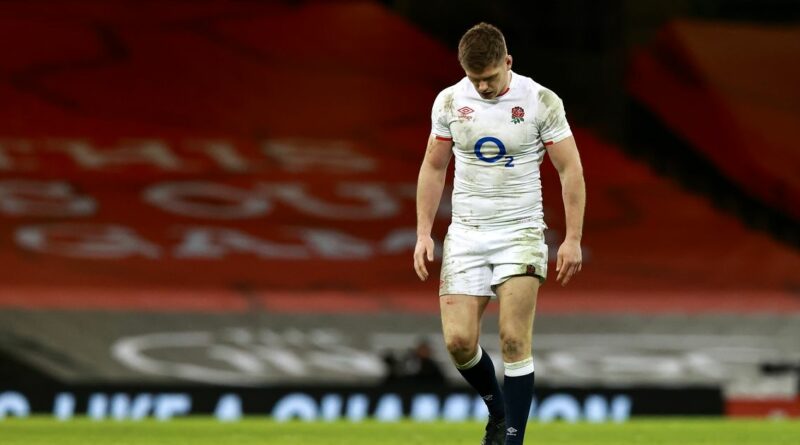 England boss Eddie Jones has confirmed Owen Farrell will miss the entirety of the Six Nations after suffering a freak ankle injury in Saracens training.

The Red Rose captain was named in England's squad for the tournament despite having not featured since he suffered an ankle injury facing Australia in November.

However, an unexpected setback while training with Saracens last week led to the fly-half seeing a specialist, and the resulting surgery – which the club have confirmed will take place on Wednesday – will now see the skipper miss the whole tournament.

Jones said: "Owen has had his operation so he'll be out of the Six Nations.

"Massive blow for him [Farrell] personally, but it's a chance for people to step up."

England are due to open their competition on February 5 at Murrayfield, where they will face Scotland, who defeated them 11-6 last year to mark their first victory at Twickenham since 1983.

Jones recently called in-form fly-half George Ford into his squad, and it now looks as though the Leicester Tigers man will provide competition for the surging Marcus Smith.

Ford, 28, was omitted from England's plans in the autumn when they sealed wins over Tonga, Australia and reining world champions South Africa.

However, the Oldham native now looks like he'll get the opportunity to test his talents and prove his credentials to Jones, with a little more than 18 months to go until the 2023 Rugby World Cup in France.

Bath playmaker Orlando Bailey was initially the third-choice No. 10 behind Smith and Farrell, although the 20-year-old brings added value in that he can cover full-back and centre as well.

Courtney Lawes stood in as skipper when Farrell was unavailable in November, while Tom Curry and Ellis Genge served as 'vice-captains'.

The Northampton veteran would have been the natural pick to succeed Farrell in the armband, although a head injury has affected his own preparations for the Six Nations.

Farrell's club team-mate and England mainstay Maro Itoje, 27, would likely rally support as an alternative pick to lead his country should Lawes not be ready to start against Scotland.

The surgery setback also affects Saracens' prospects for the rest of the season, with Mark McCall's men currently second in the Premiership and still competing in the Challenge Cup's pool stage.

Farrell is expected to be sidelined for 8-10 weeks.