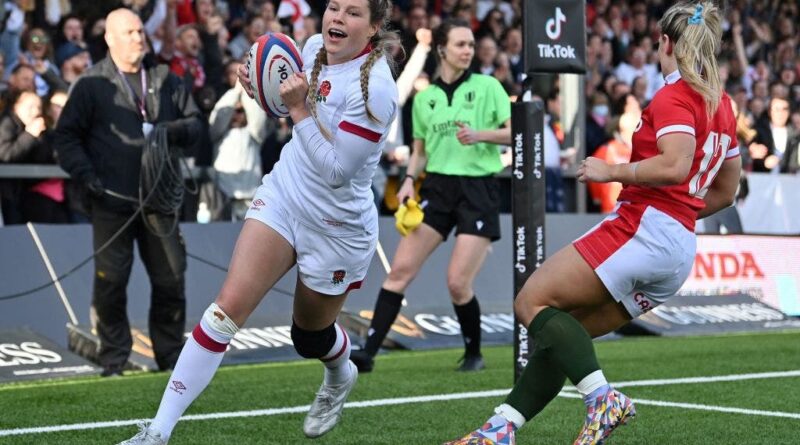 14,689 spectators were in attendance as England kept their Grand Slam dreams alive with a dominant performance over a resilient Wales side.

Tries from Davies, Breach, and Abbie Ward had put England 19-0 ahead at the break before Simon Middleton’s side stepped up a gear to break the whitewash another seven times.

Davies and Breach both grabbed another, with forwards Sarah Bern, Alex Matthews, Shaunagh Brown, and Sarah Hunter all going over alongside centre Emily Scarratt.

Wales put in a resolute performance, particularly in the first 15 minutes but were unable to cope with England’s forwards who put in an excellent performance all afternoon on both sides of the ball. 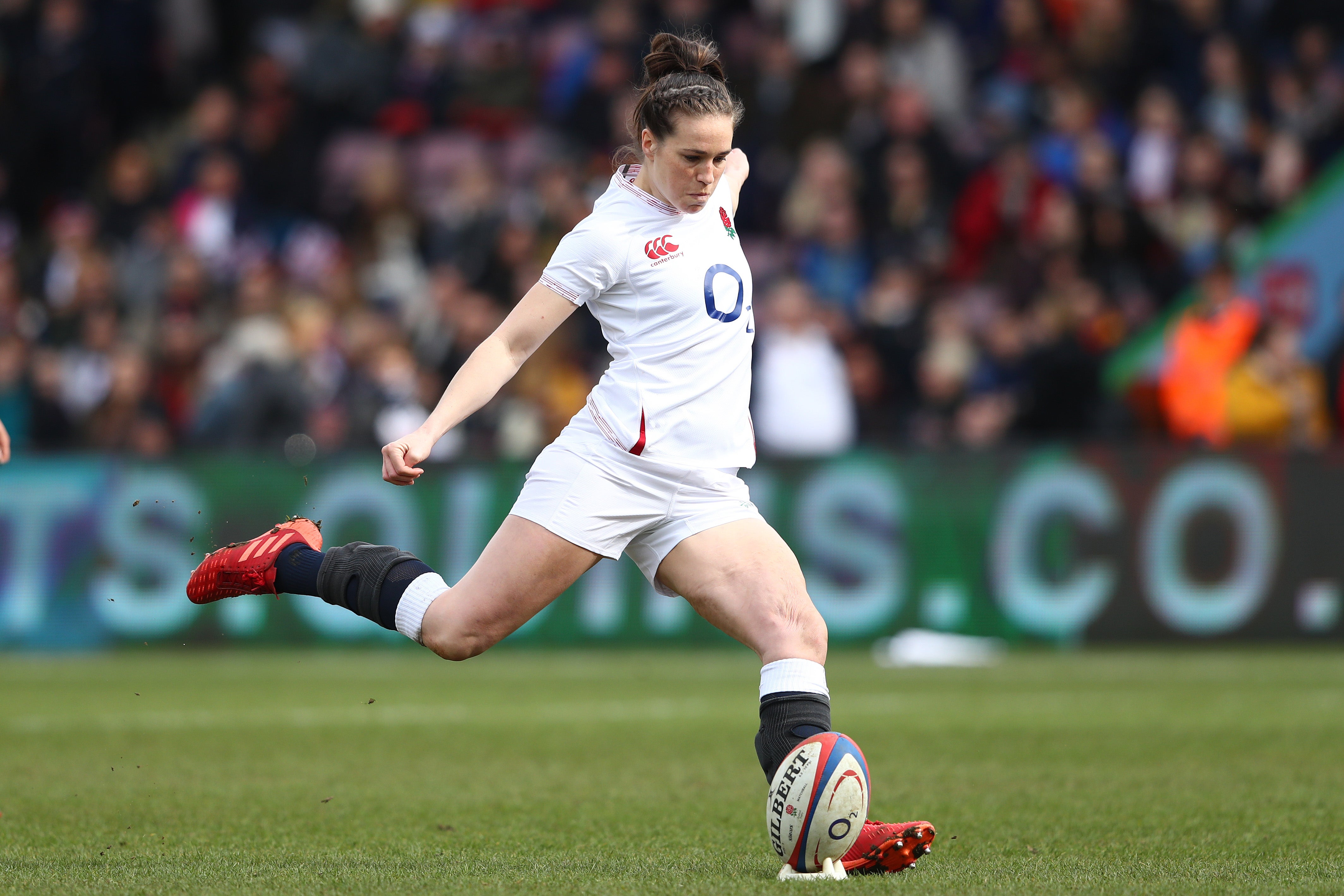 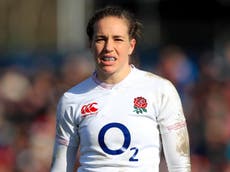 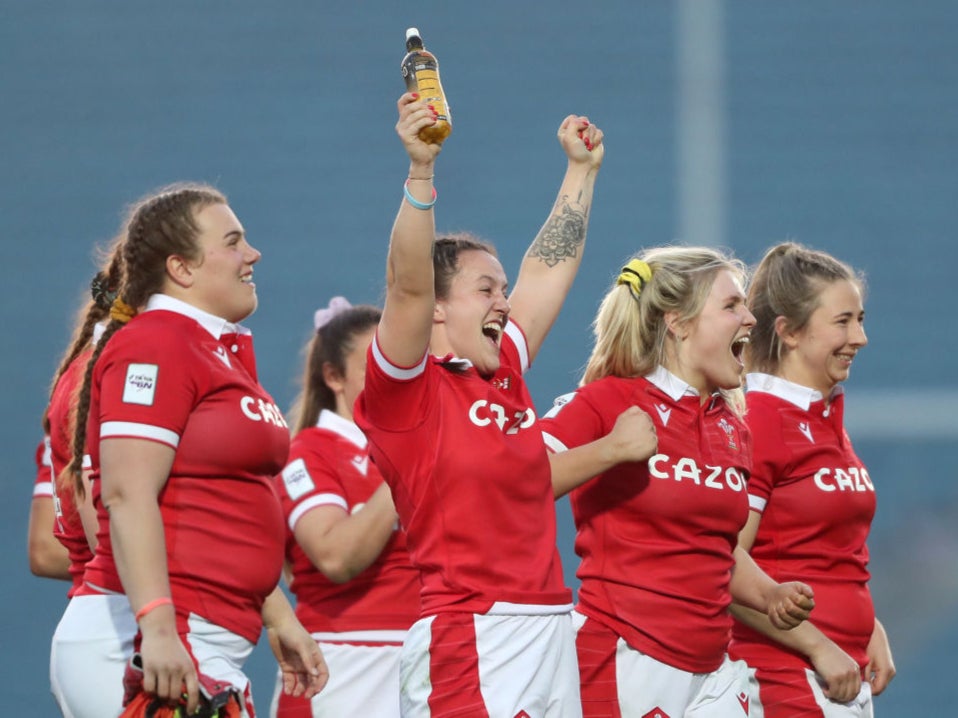 England saw the majority of the ball in the opening stages and were quickly presented with their first chance.

Sarah Bern picked from the back of an excellent rolling maul to put England within five metres of the line and earned a penalty, but the hosts were unable to take advantage as the ball was knocked on

Wales then grew into the game, full-back Kayleigh Powell put the England defence on alert with a brilliant break through the line after 10 minutes only to be stopped by an excellent Zoe Harrison tackle.

The game struggled for momentum after England’s fast start, with both sides conceding a number of penalties and knock-ons with neither able to assert dominance.

The game was then heavily delayed as Abby Dow was seriously injured and replaced by Ellie Kildunne.

However, the break seemed to do England no ill-effect as they scored almost immediately from the stoppage.

Harrison kicked for touch, and another lineout was turned into a rolling maul and this time it went over the line; Davies picking from the back of her own throw to crash over.

That try seemed to settle any England nerves after a difficult opening 15 minutes against a resolute Wales defence, with the second try coming just over five minutes later.

The ball was worked through quick phases in the left corner and was driven over by Ward from less than a metre out.

With five minutes to the break, another maul rolled the Red Roses all the way into the 22, before the ball was quickly spread wide through the hands for Breach to tap down in the corner on her first appearance for England since May 2021.

The Red Roses started the second half as they finished the first and secured their bonus point try just five minutes after the restart.

Davies grabbed her second of the afternoon, once again picking from the back of a maul after a lineout deep in Wales territory and the hooker drove over in the corner.

Middleton’s side were in the ascendency now as they dominated possession and territory, and soon ran in their fifth try with just under half an hour remaining.

Scarratt almost played in Kildunne in the left corner only to be crowded out but England were patient and happy to run the phases once more.

The ball was worked along the line until Zoe Harrison found Breach on the other wing with a brilliant pass for the winger to go over for her second try.

A sixth try came just minutes later, Bern getting her name on the scoresheet, running on to a Marlie Packer pass from yet another lineout.

Wales’ task was then made harder as Natalia John saw yellow after repeated infringements from her side as they struggled to deal with a rampant England.

The home side took full advantage and added their seventh try through Matthews, the flanker running through a number of tackles after being teed up by Ward after an excellent pass from Scarratt. 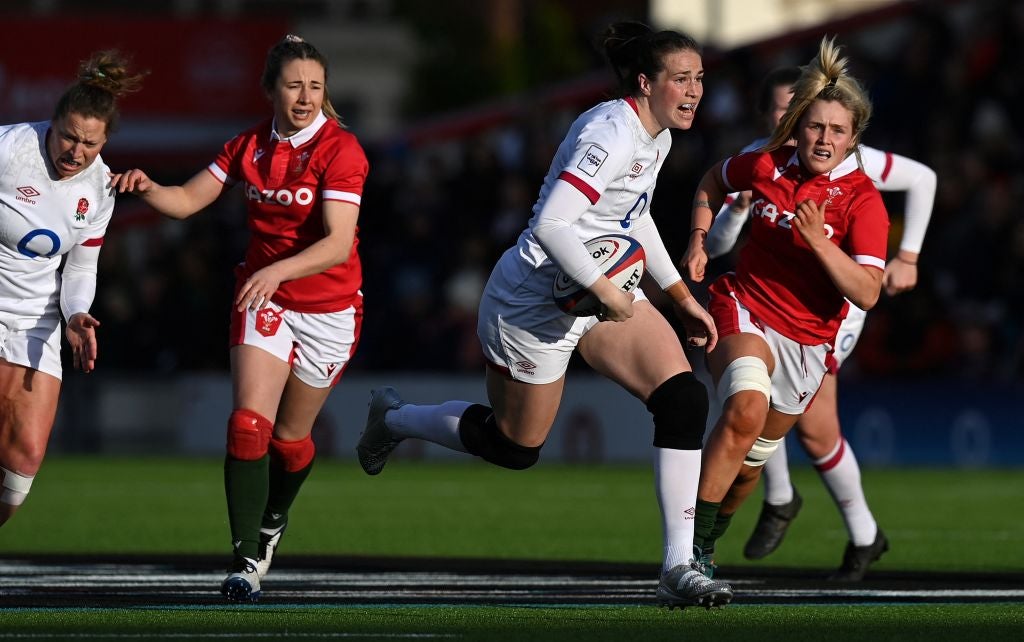 Despite having just 14 players, Wales found their way over the line with just over 10 minutes remaining, hooker Kelsey Jones powering over from a lineout.

England struck back almost immediately, however, Brown finishing off a flowing attacking move after Amber Reed and then Packer found space to run.

The Red Roses did not let up , with centre Scarratt acrobatically touching down five minutes from time in the corner after England once again worked the ball patiently through the hands. 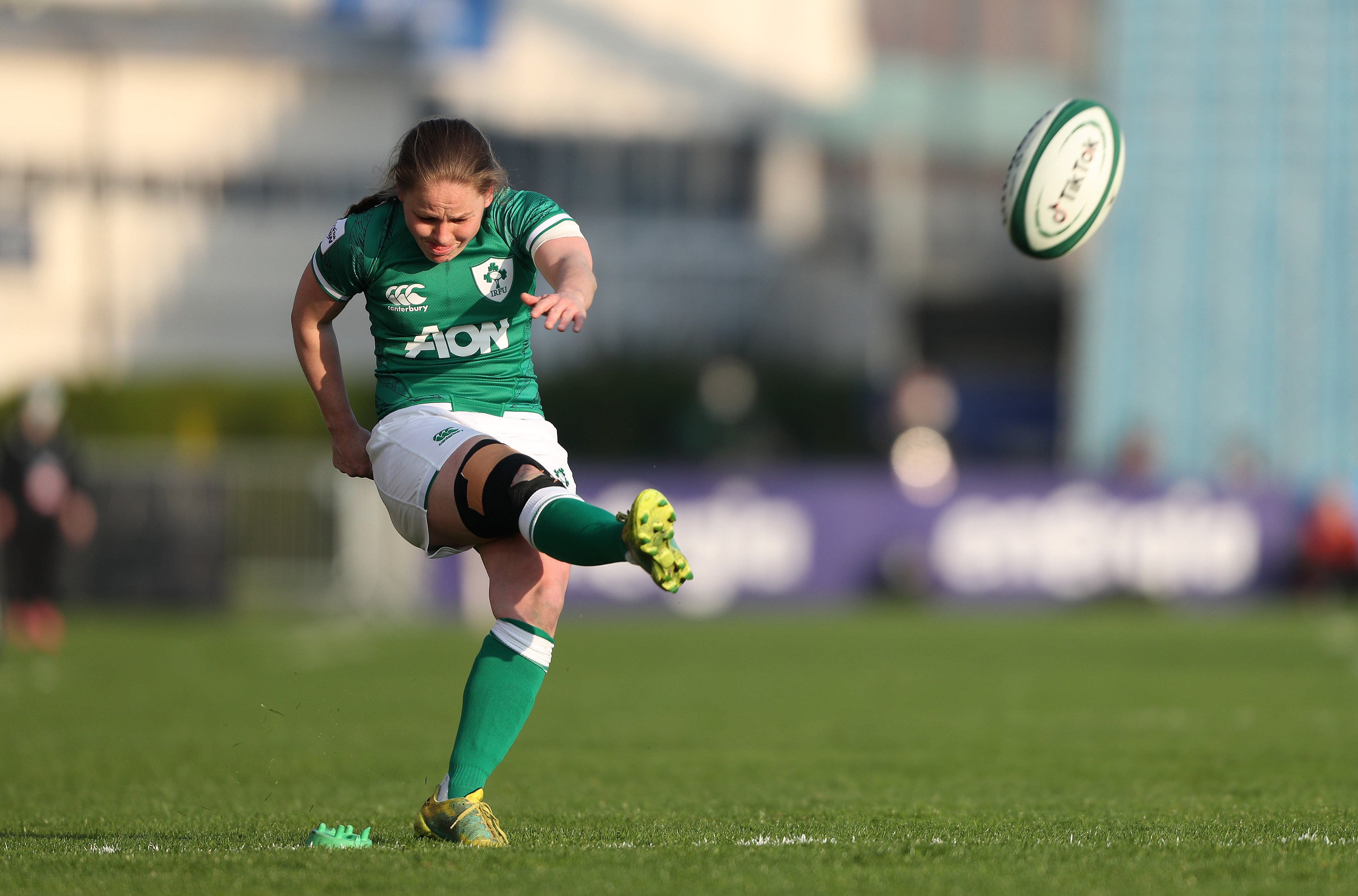 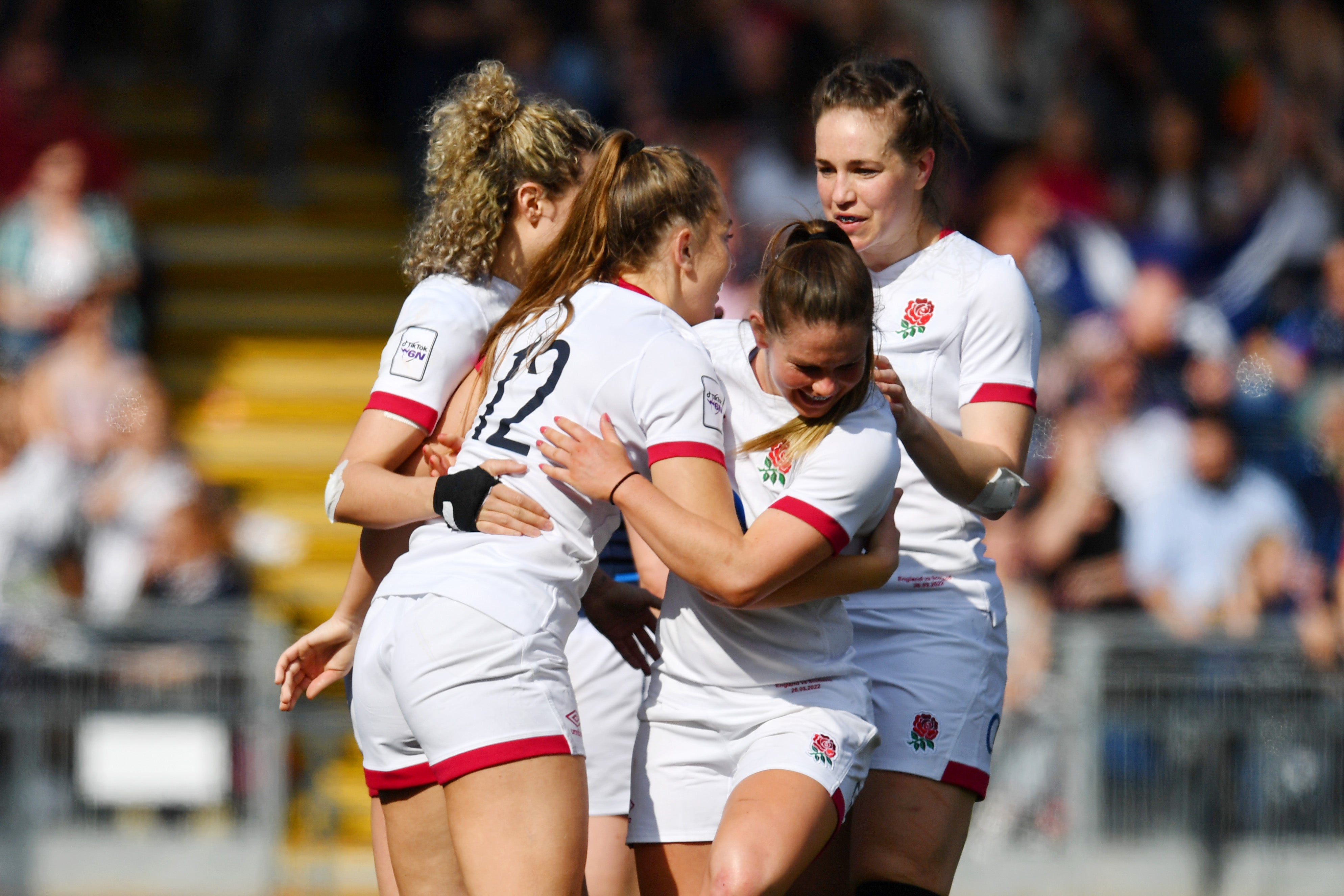 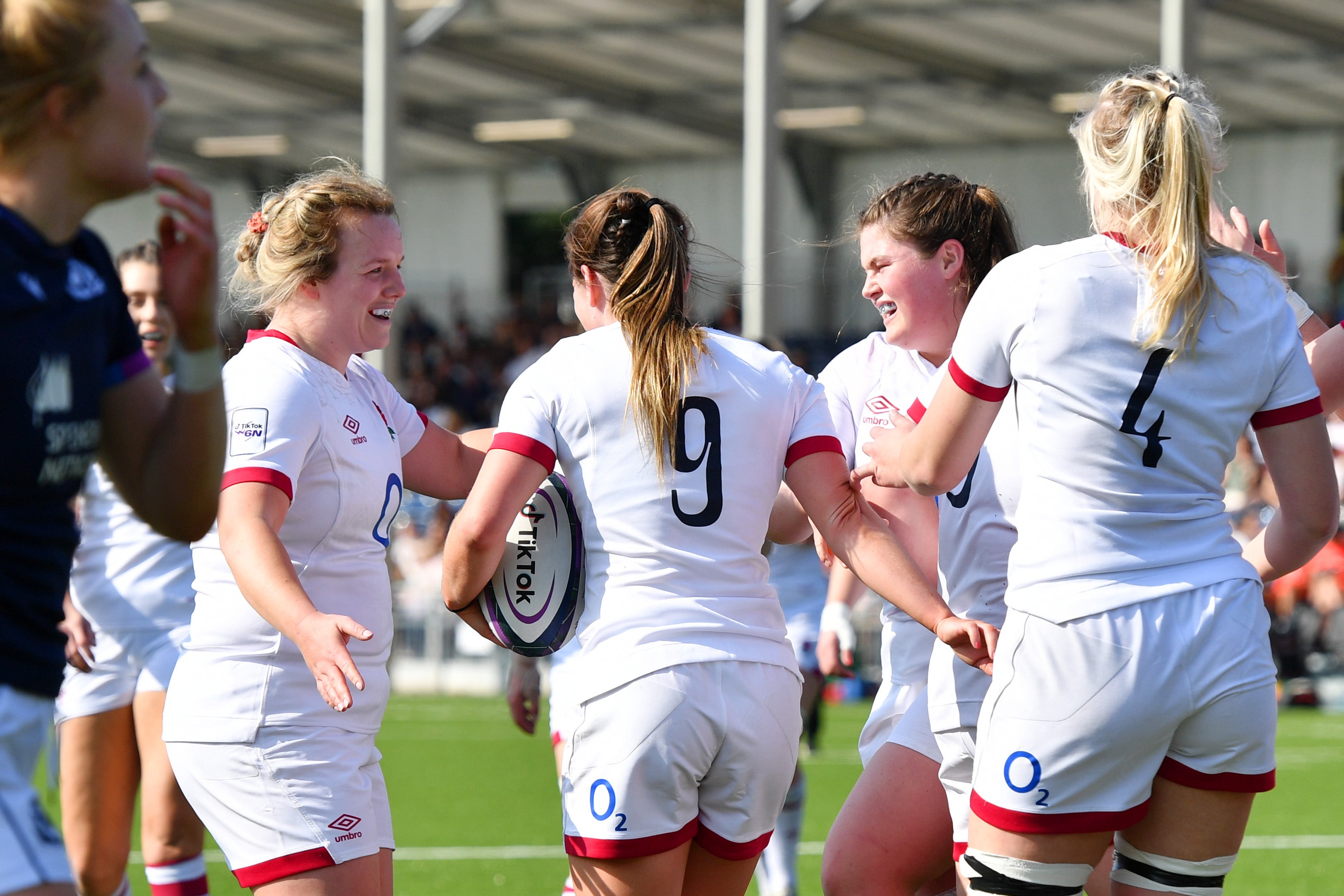 The afternoon was then wrapped up by captain Hunter as the stalwart went over from the back of a ruck with the clock in the red to finish off an excellent afternoon for the Red Roses.

The TikTok Women’s Six Nations is more accessible than ever before. To find out how you can watch the Women’s Championship visit: womens.sixnationsrugby.com/tv/

Alun Wyn Jones: Wales have to improve after Scotland defeat