Joe Cokanasiga was riding waves here on Friday, just as he has been in the early stages of his Test career – despite England’s giant wing admitting that he has to overcome profound self-doubts.

The 21-year-old joined several of his team-mates for paddle-boarding, to continue this phase of tough training and valuable down-time in the countdown to the World Cup.

While he is an imposing figure, the Fiji-born flier is still seeking to fully establish himself at this exalted level, so he admits to harbouring a sense of trepidation, even though he has made an impressive impact so far. 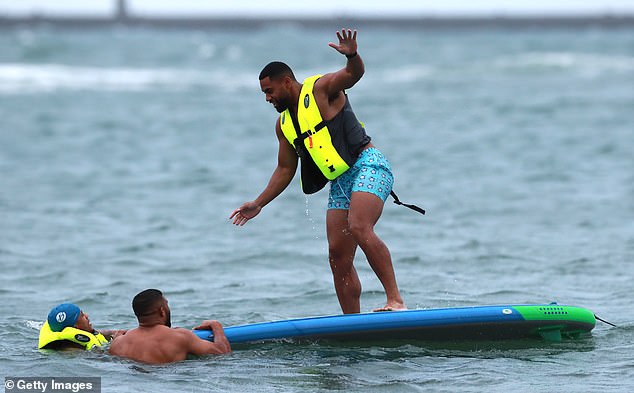 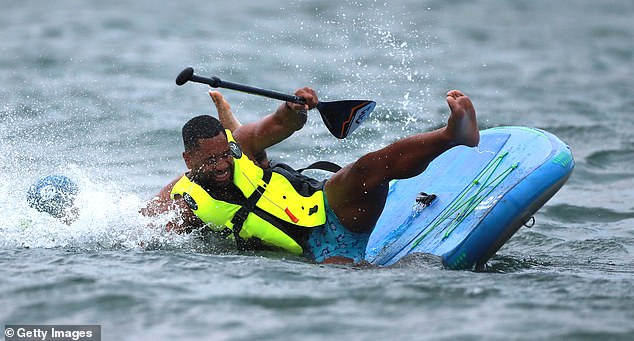 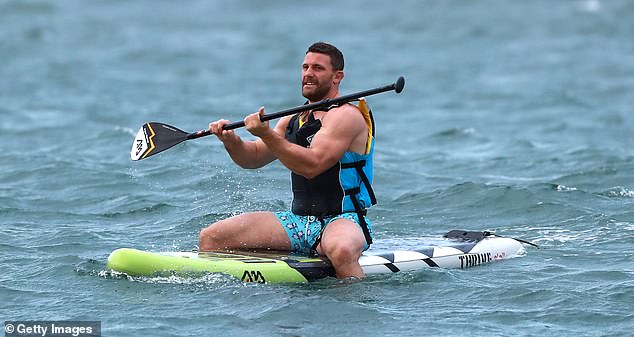 In his first eight Test appearances, Cokanasiga has started six times and scored five tries. The Bath rookie is throwing his weight around to good effect, once the whistle goes and the doubts vanish.

‘I get quite nervous playing against the big teams like Australia and Wales, and sometimes I question myself – whether I can do it,’ he said. ‘But then once I’m in the game, I’m back to normal and just try to do what I do.

‘I think it’s quite good. Obviously, I hate being nervous but it shows that you do care. Once that whistle goes, something just clicks and you think, ‘I’m here for a reason’ so I just try to show it.’ 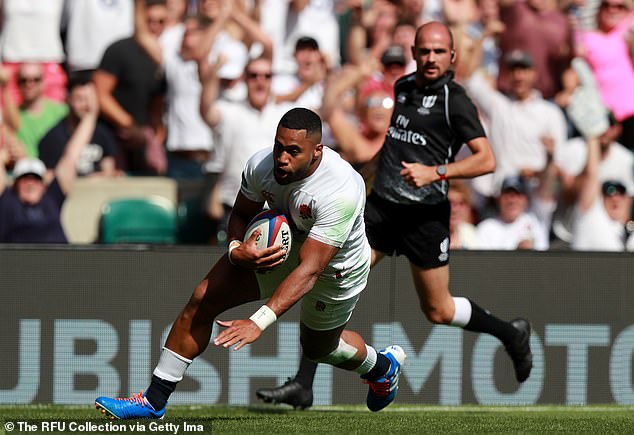 Cokanasiga made a late run into contention for this tournament as a classic, emerging ‘bolter’ capable of taking the World Cup by storm.

It has all happened so fast and he admits that it has been a ‘dream come true’.

England coach Eddie Jones has challenged him to become more heavily involved in games and Cokanasiga added: ‘It’s something that we’ve tried to bring in.

Fans sceptical about how serious BOTH sides are in Newcastle takeover

West Ham vs Liverpool: Why are Liverpool playing twice this week?

Chelsea boss Lampard has problem because Abramovich relationship has worsened says Hoddle
We and our partners use cookies on this site to improve our service, perform analytics, personalize advertising, measure advertising performance, and remember website preferences.Ok