Lawes departed in the ninth minute after falling awkwardly when challenging Tom Curry for a high ball, the Saints second row catching his right ankle in the turf as his body twisted on landing.

Soon after, Tuilagi followed him off the pitch having taken a bang to what appeared to be his left Achilles during a bulldozing carry out of defence when Sale were pinned in their own 22.

Both players were in obvious discomfort and had to be helped off before taking their places in the stands with strapping fastened on to the affected areas in alarming scenes at Franklin’s Gardens.

England head coach Eddie Jones is due on Monday to announce a preliminary squad for fixtures against the Barbarians and Italy that take place at the end of next month as the prelude to the Autumn Nations Cup. 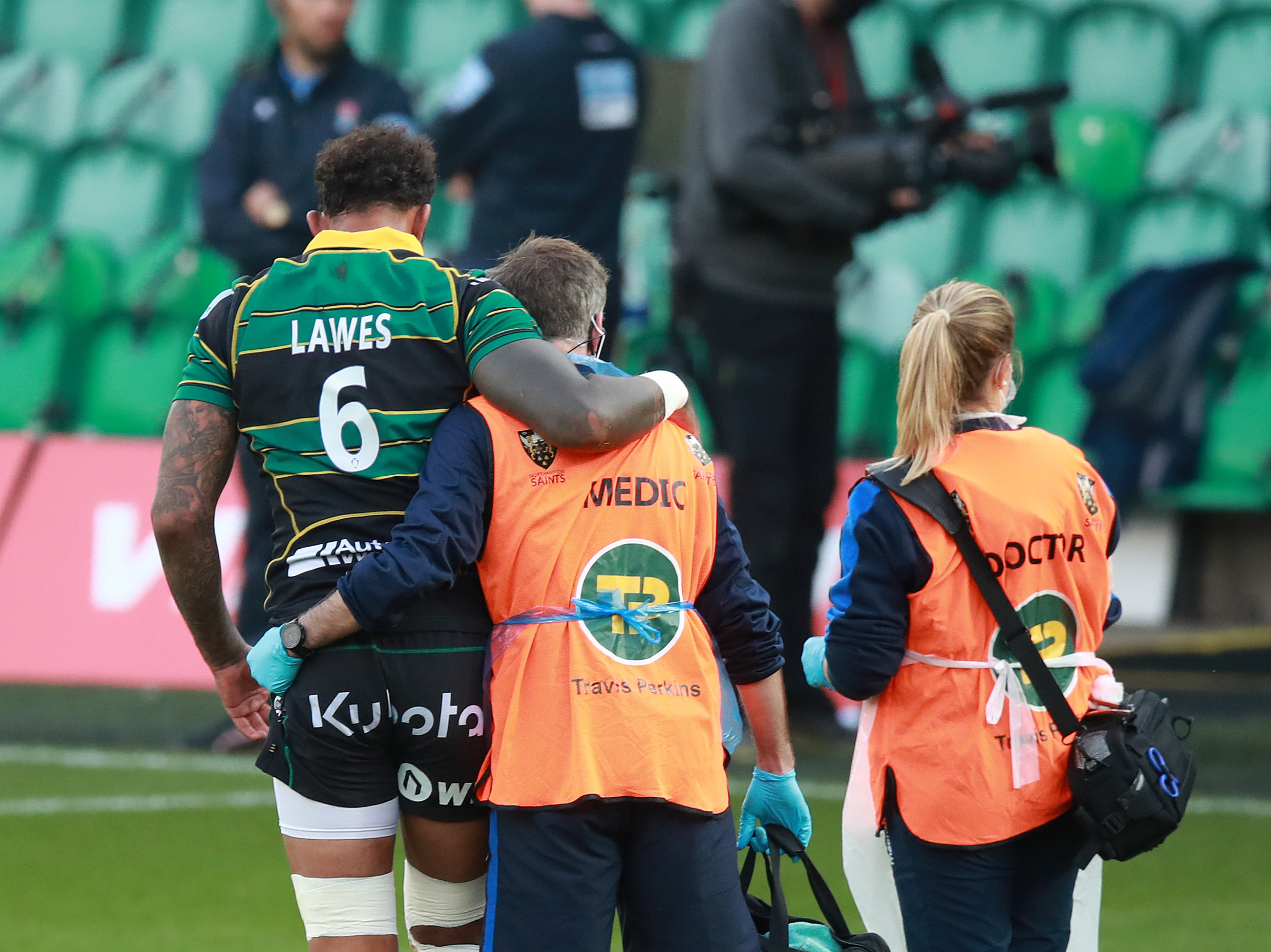 Tuilagi and Lawes would be fully involved throughout the campaign and their absence would be a major setback to Jones as he targets the win in Rome on 31 October that might deliver the Six Nations title.

Steve Diamond admitted “it doesn’t look good” when questioned about the damage to Tuilagi’s left leg and it was the only stain on an otherwise pleasing evening for the Sale boss as his team departed the Midlands with a bonus-point win.

It keeps the Sharks in contention for a top-four finish with one round of the regular Premiership season left, while Northampton are left nursing a seventh consecutive home defeat as their freefall continues unchecked.

Saints’ post-lockdown misery was fully evident in the opening 10 minutes when they leaked an early try to Luke James and then saw Lawes go down.

Sale kept the ball alive beautifully in the build-up to James crossing in the left corner for a try made possible by Robert du Preez’s long pass that capitalised on the overlap.

Play continued at a brisk pace despite the interruptions for treatment to Lawes and Tuilagi and Sale claimed their second score when referee Wayne Barnes awarded a penalty try after a driving maul was brought down illegally, with culprit Api Ratuniyarawa also given 10 minutes in the sin-bin.

Despite being a man down, Saints responded when Ahsee Tuala came racing out of a midfield move that had outwitted Sale’s flat-footed defence and rampaged over the whitewash.

Dan Biggar had been heavily involved in the deception but the Wales fly-half was at fault as Saints cracked once more, his misread of James’ grubber seeing the ball pass between his legs to allow the Sharks full-back to gather and score.

Sale clinched the bonus point on the cusp of half-time when they went flooding through holes that were appearing with increasing regularity before James sent Simon Hammersley over.

The third quarter was more attritional and it was Saints who came out on top when scrum-half Alex Mitchell finished waves of attacks to touch down, with Biggar converting.

The lead had been reduced to eight points but Sale crushed any hope of a fightback when Rohan Janse van Rensburg, making his first appearance on the wing, rounded off a period of sustained pressure.

And the final blow was landed when replacement prop Valery Morozov used his power to twist his way over from close range, Saints crumbling before their opponents’ forward power.