England trained in the rain on Wednesday and they will have to get used to such weather conditions as Twickenham is expecting light rain on Saturday.

Manu Tuilagi took part in the session as normal ahead of his potential comeback appearance against New Zealand following his return from injury.

Tuilagi’s imminent England comeback in time to face New Zealand at Twickenham has had a calming effect on Eddie Jones’ underdogs, according to Ben Youngs. 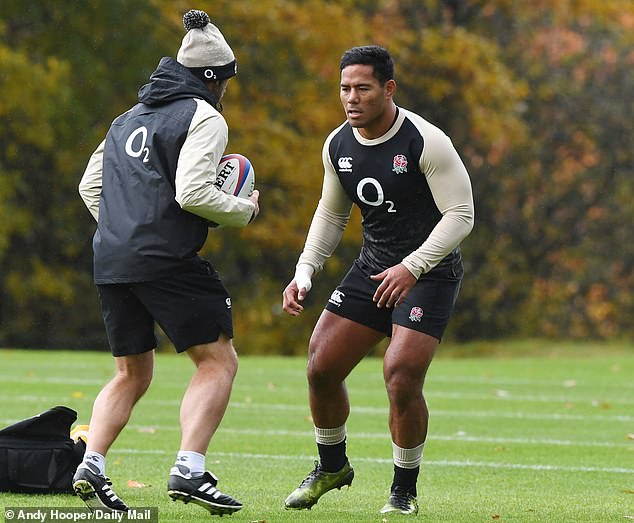 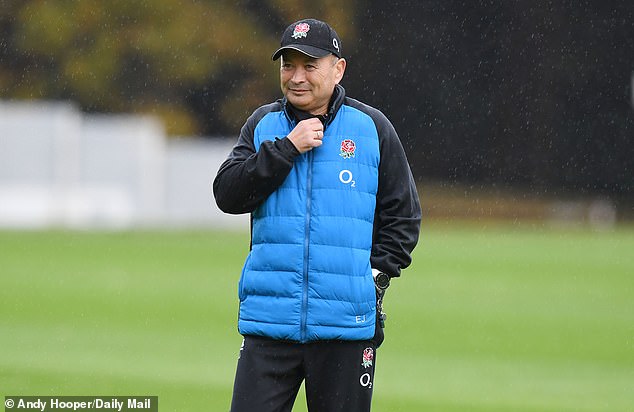 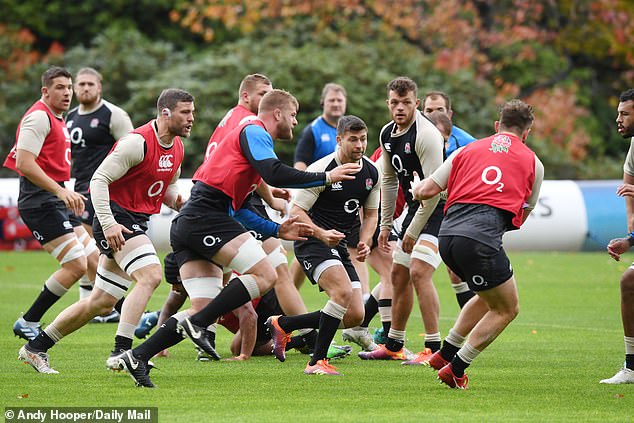 Tuilagi was due to make his first international appearance in two years in the 12-11 victory over South Africa that opened the Quilter Internationals, only to withdraw from the bench because of a minor groin strain.

But the Leicester centre, whose career has been ravaged by a succession of groin, knee and hamstring injuries, has trained fully this week and is included in a 25-man squad to continue preparations for the headline fixture of the autumn.

Four years ago he scattered the All Blacks with a rampaging display in a famous 38-21 victory at Twickenham and Youngs — his Tigers colleague — is eager for him to make his mark once again.

‘I was gutted when he pulled out, but it was a tiny niggle. If it had happened on the Monday he would have probably been all right, but with someone like him, it was not worth risking,’ Youngs said.

‘It’s great to see him running around in training. I’m really pleased he’s able to get back out there. He’s looking good.

‘We know what a world-class operator Manu is. It settles down the boys to know that he’s there.’

Tom Curry has been ruled out of the remainder of the autumn series by the ankle injury sustained against South Africa, so his place among the 25 in contention for the All Blacks goes to Sam Underhill.

Curry limped off in the second half at Twickenham and — after having the joint scanned — it was confirmed he is facing an extended spell on the sidelines. Underhill is expected to replace him when Jones names his team on Thursday.

England have otherwise been given a clean bill of health ahead of Saturday’s visit of New Zealand – the first time the rivals have met in four years.

Courtney Lawes is available having overcome a back problem that forced him to miss the same match so he takes Elliot Stooke’s place among the 25 who will remain at the squad’s Surrey training base.

Some England players may doubt how well known they are to their Kiwi opponents, but Youngs is only too aware of the damage the world champions can cause. 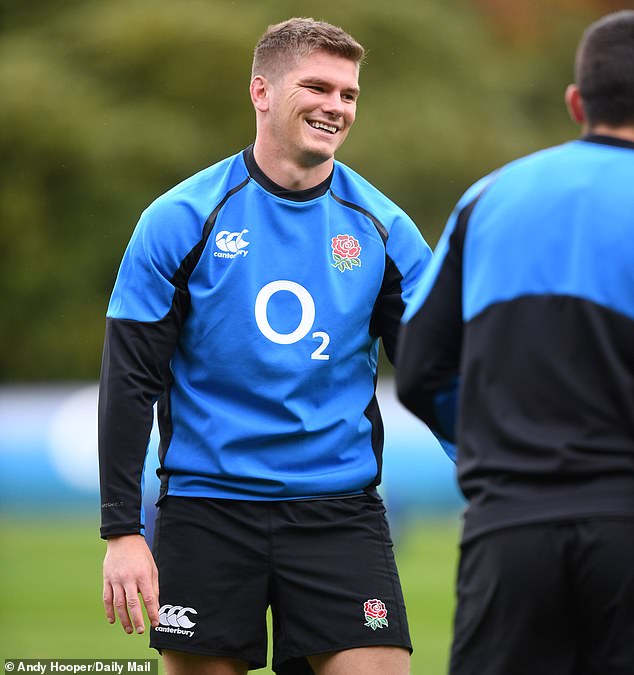 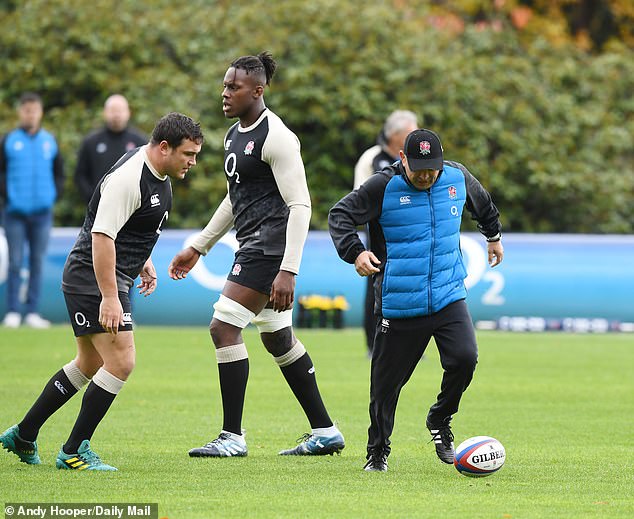 Chris Ashton has revealed that it was clear when speaking to All Black Malakai Fekitoa during his season at Toulon that ‘he literally didn’t know what the Premiership was. He had no idea!’. England are well versed in what to expect, however.

‘One thing about the All Blacks is that you are going to have to score tries. We know that,’ Youngs said.

‘I don’t like the word ‘containing’ because it implies we will go out there and see what they have got.

‘That is one thing we definitely don’t want to do because we know what they’re capable of. It’s about going out there and really taking the game to them.’ 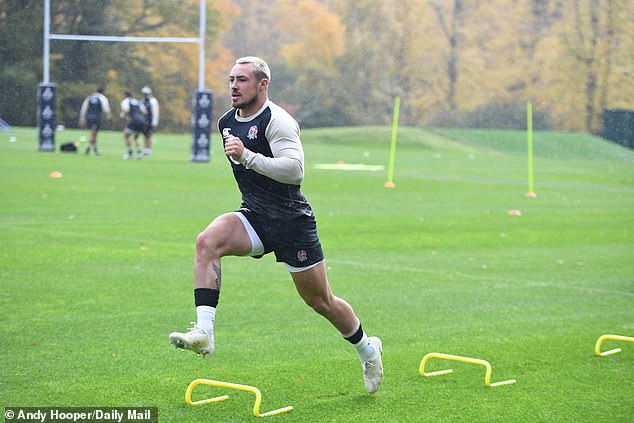 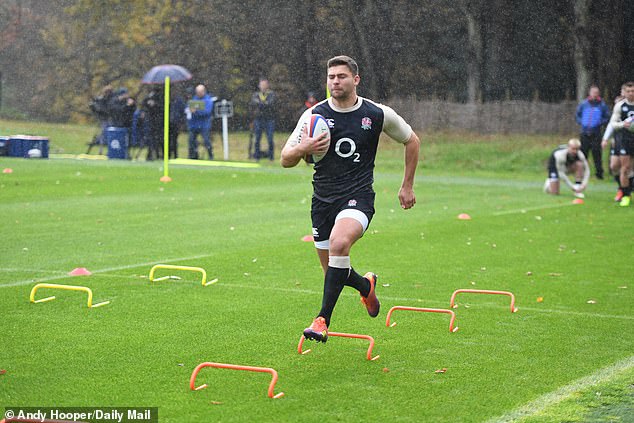 Ben Youngs, pictured in training, has hailed Tuilagi ahead of his potential comeback this week 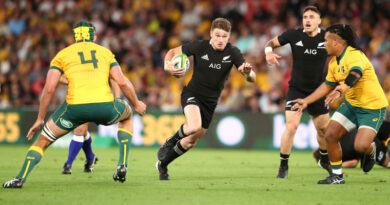