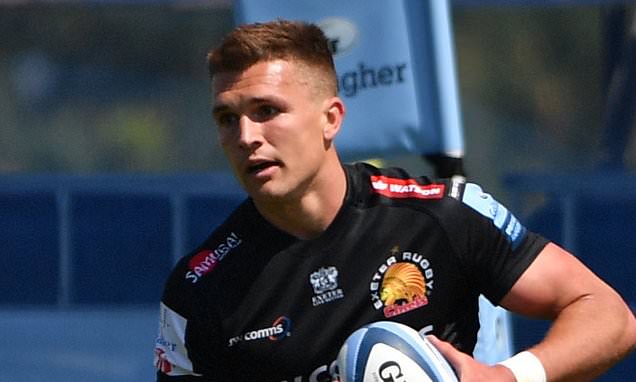 Henry Slade’s revelation that he will turn down a Covid-19 vaccination caused a storm on social media but the England centre did his talking on the field on Sunday as Exeter hammered Newcastle.

Slade scored two of his side’s 12 tries and was man of the match as Rob Baxter’s men ran riot.

Slade — who is diabetic — has a different perspective on the corona-virus vaccination programme from most but everyone can surely agree that he is a supreme talent. 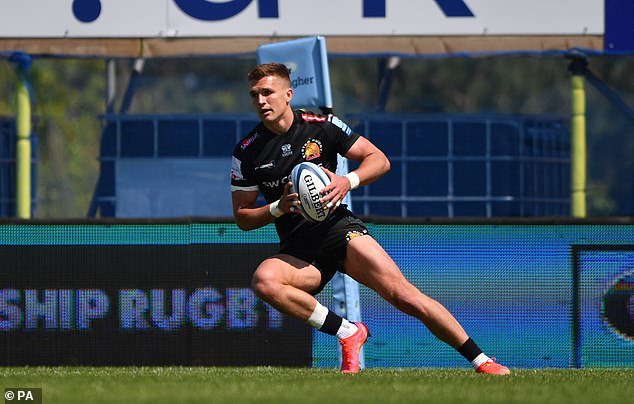 The 28-year-old was class personified as Exeter sent a real statement to the rest of the division with a result which equalled their record domestic win.

Chiefs head coach Ali Hepher said: ‘The way Henry allows everyone to play around him is phenomenal. He’s got one of the highest skillsets in world rugby. He defends very well too. Look at how he performed — that shows how good a character he is. He did his talking on the field.’

Slade missed out on selection for this summer’s Lions tour of South Africa but has a slim hope of making the trip should a member of Warren Gatland’s party pull out.

Slade did not comment further on Covid but said of his Lions omission: ‘I was gutted but I’ve tried to channel it in the right way and play as well as I can for Exeter. I want to keep playing well to stay in the picture.’ 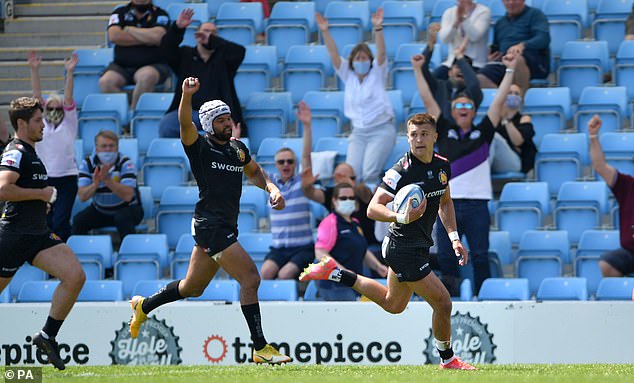 Roared on by 3,200 fans who were delighted to be back, the Chiefs were dominant from the first minute to last. All Newcastle could manage was a Toby Flood penalty while John Hardie was shown a yellow card.

From there, it was a blowout as Slade and Jacques Vermeulen both scored twice. Alex Cuthbert, Joe Simmonds Dave Ewers, Stuart Hogg, Harvey Skinner and Tom O’Flaherty all went over too.

Newcastle director of rugby Dean Richards said: ‘We weren’t expecting any miracles but we were hoping for them. Exeter are my tip for the title.’ 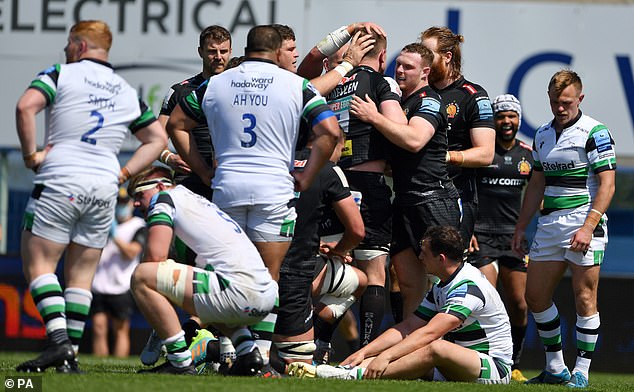