‘I will try to make the most of the times I do get to play’: Taulupe Faletau determined to impress for Wales after injury nightmare

Taulupe Faletau was worried he would have to re-learn the sport in the midst of his injury nightmares.

But now back for Wales for the first time in two years, after two broken arms and a fractured collarbone have seen him miss all Tests since March 2018, he is delighted to be back.

The 72-cap No 8 said Saturday’s Six Nations opener against Italy will feel like his debut all over again. 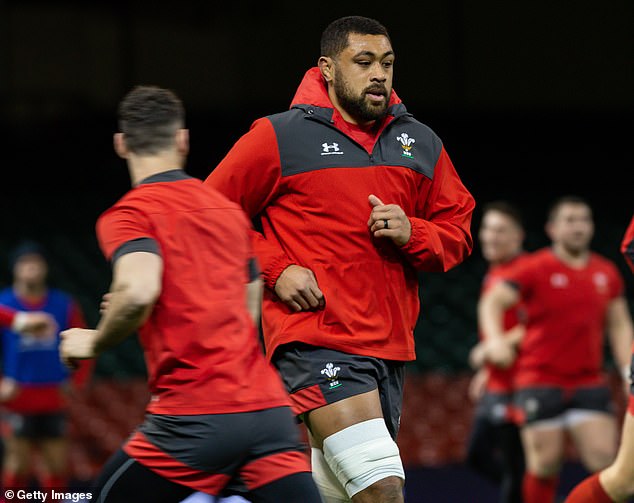 ‘My first game back at Sale for Bath was like having my first run-out for the Dragons, it had been that long,’ the 29-year-old said.

‘I was definitely nervous. At one point you wonder if you can still play rugby.

‘I’ve been away for a while and more now than ever I will try to make the most of the times I do get to play. The collarbone injury before the World Cup was tough.

‘The boys did well in the Six Nations and I’d have liked to have added to that but I didn’t get the chance.’

Faletau is joined in Wayne Pivac’s first Wales Test squad by Rhys Webb – who been barred from selection since 2017 when he moved to French side Toulon.

The scrum-half returns to the bench where Saracens centre Nick Tompkins also sits ready for a debut.

As Sportsmail revealed, George North starts at centre, New Zealand-born Johnny McNicholl makes a full Test bow on the wing and Tomos Williams has been given the nod at scrum-half. 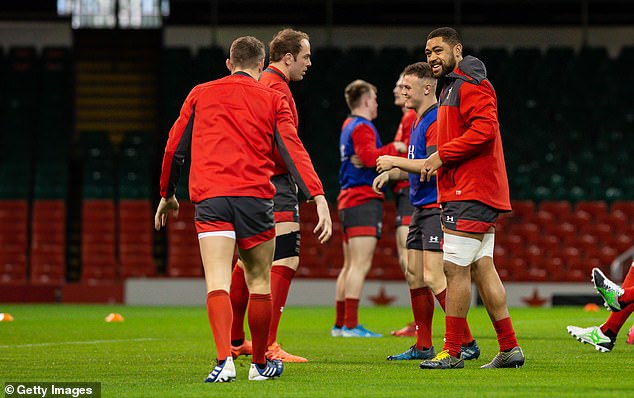 There is no place for teen-star Louis Rees-Zammit, though, and Pivac said he has been hampered by playing in England.

The Gloucester winger arrived into camp with a knock from his club’s game against Toulouse last Monday week, and it is understood he was only seen once in training by Pivac last week as the coach had to travel to London for the Six Nations launch event.

Rees-Zammit then played for Gloucester last weekend, so has missed valuable training time.

‘He hasn’t had the opportunities that Johnny McNicholl and Josh Adams have,’ said Pivac.

‘It’s counted against him, the injury and the unavailability.

‘It’s just been too short of time for him.

‘But, certainly, Tuesday when he trained he looked good. He’s definitely got a big bright future in the game.’

Clash of the Codes: A modern-day rugby union XIII to play league 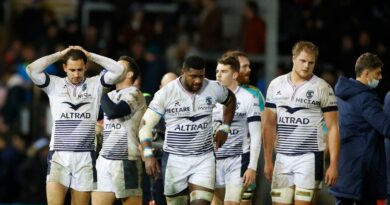 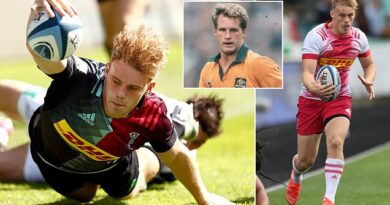