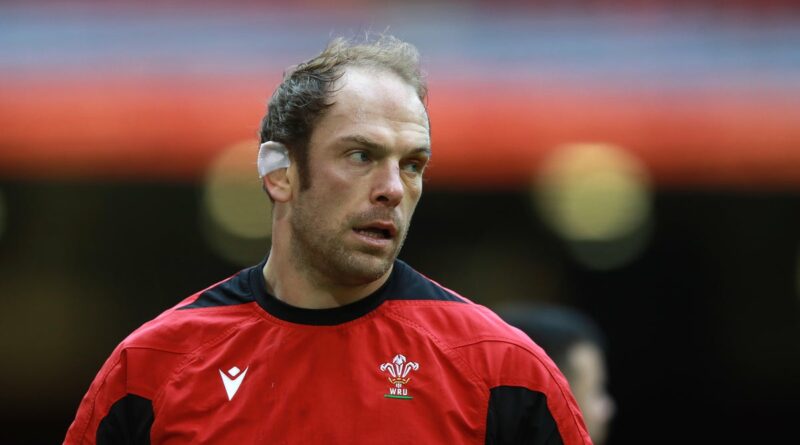 Footage has emerged of the fight that took place between Wales rugby teammates Jake Ball and Alun Wyn Jones which gave the captain a black eye.

The incident took place at a Six Nations training session earlier this year and was played down by the Wales skipper during interviews throughout the tournament.

But in the footage, shared by Rugby LAD, the pair are shown in a tense exchange with Ball landing a few punches to AWJ’s left eye.

The shiner was visible for fans to see during Wales’ match against Ireland which the men in red won 21-16.

Ball has recently spoken about what the fight was about.

He told The XV Rugby: “It’s one of those things, isn’t it? The biggest irony was that it was a case of mistaken identity at training.

“Al thought it was me who had pulled down a maul, when it was actually Rhys Carre who instigated the whole situation, but he melted into the background.

“That’s rugby. Me and Al spoke about it and we’ve moved on.”

AWJ, who has also been named skipper for the British and Irish Lions tour to South Africa this summer, lead his team to their sixth Six Nations title win in March.

The 2021 tournament was Ball’s last as he has now retired from international rugby to spend time with his family who live in Australia.

Ball said at the time of the announcement: “It has been a difficult decision to make but one I have made for the family.

“My wife was expecting our fourth child and, with Covid around and players having to be in bubbles and everything, we made the decision that she and the kids should go home to have some family help and support around her.

“Max was born last month. There have been Zoom calls and things, but I haven’t seen him yet and it has been difficult. As the season goes on, it would be pretty tough of me to ask Christie to come back here away from her family again.”