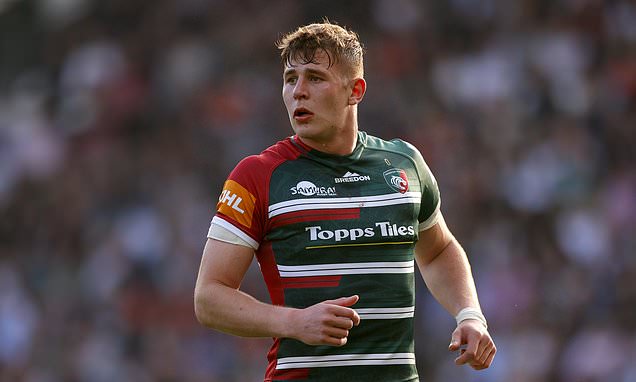 Freddie Steward’s breakthrough season at the highest level has seen him go from international rookie to England regular in less than 12 months.

The Leicester Tigers full-back, still only 21, admits he can barely believe the heights he has reached in the last two years but by the same token insists there is plenty more to come.

Steward made his first Leicester appearance at 18 when he was still making lattes in a part-time job at Costa Coffee. Now, he is a vital figure for both club and country. 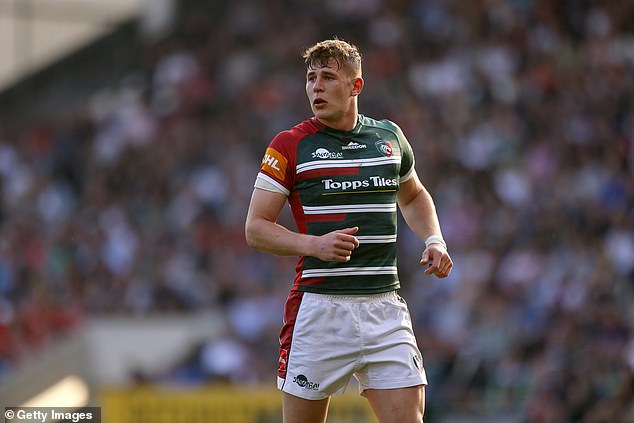 As the season approaches its business end, Steward is a shoo-in to start both for Leicester in Saturday’s Premiership play-off semi-final against bitter rivals Northampton and with England in Australia next month.

‘I think I would have laughed two years ago if you’d told me I’d be here now,’ Steward told Sportsmail.

‘I’ve worked really, really hard over the last two to three years so now it’s a case of working even harder to keep progressing and pushing on.

‘It’s all about potential and you can either work to unlock that potential or be satisfied with where you are. I’m absolutely desperate to keep improving and keep working on that potential.’

After serving notice of his talent with Leicester in 2020/21, Steward made his England debut last summer and excelled at full-back in the autumn series. 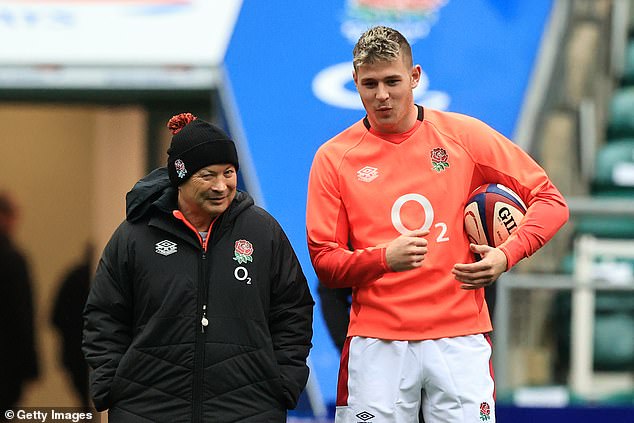 ‘I guess the ultimate honour is to be voted for by the guys you battle, train and play with. It’s a massive thank you to those guys and a massive honour to be amongst it,’ Steward said.

‘I’ve got to keep working on my game and keep finding things to improve on and skills to work harder on. I’ll put the work in on the pitch and let that do the talking.

‘We’ve obviously got a big couple of weeks coming up with the end of the Premiership and we’re working hard for that.

‘It means a lot to us boys and the coaches and a lot to the fans most importantly. To have that semi-final at home especially is going to be a really big occasion for us. We’re really looking forward to it.

‘It would be nice to get some silverware at the end of that to show for our hard work this season. 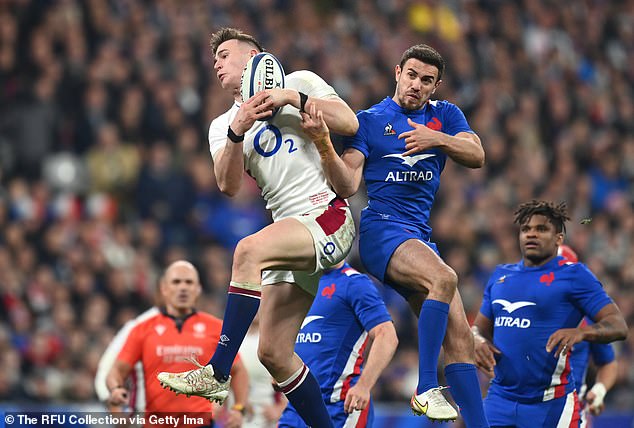 ‘The Australia tour in the summer is a really exciting opportunity to go out there and develop this new England team.’

Steward helped Leicester become the first team in Premiership history to end every round of a domestic season at the top of the table.

But that will count for nothing if they don’t get the better of in-form Northampton this weekend and progress to a Twickenham final with either Saracens or Harlequins.

Whatever happens on the domestic front, Steward will then head to Australia with England for next month’s three-Test series against the Wallabies.

Eddie Jones’ side won just two games in the Six Nations at the start of the year as they struggled for form and certainly fluency behind the scrum.

Steward – whose height and physical presence makes him an outstanding operator under the high ball – plans on evolving both his own game and that of the team down under. 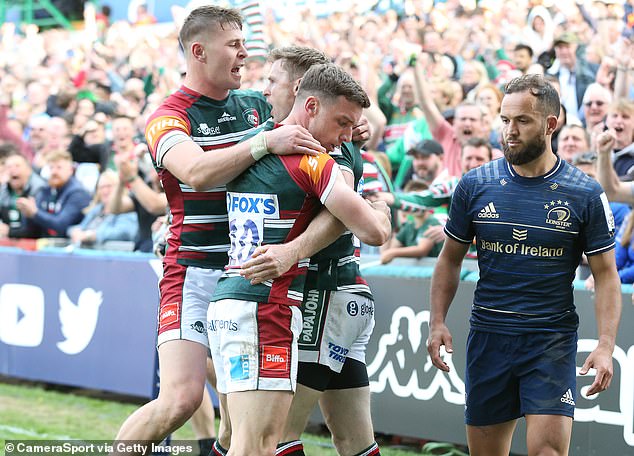 ‘A big focus for me was being more of a threat on the edge, being square, and being clinical with that last pass. Those are the sorts of things I’ve been working really hard on,’ Steward said.

‘Since coming away from the Six Nations we’ve had opportunities to put that into practice at our clubs. Ashy has been phenomenal. He’s been brilliant for me since he’s come into the club.

‘He’s been playing rugby for 15 odd years. He’s been fantastic for me in terms of feedback and telling me where I need to be at certain times as well as helping me improve.

‘I’m really grateful to Chris for that. He’s awesome and if you give him the ball on the edge he’s a try-scoring machine.

‘We built some good foundations in the Six Nations despite the results. Hopefully that hard work will come to fruition in Australia.’ 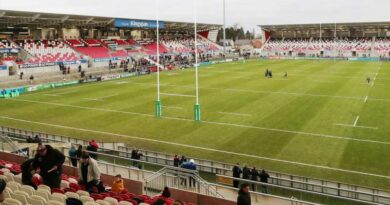